Mayors Wharton and Landrieu and the 66 Percent Doctrine 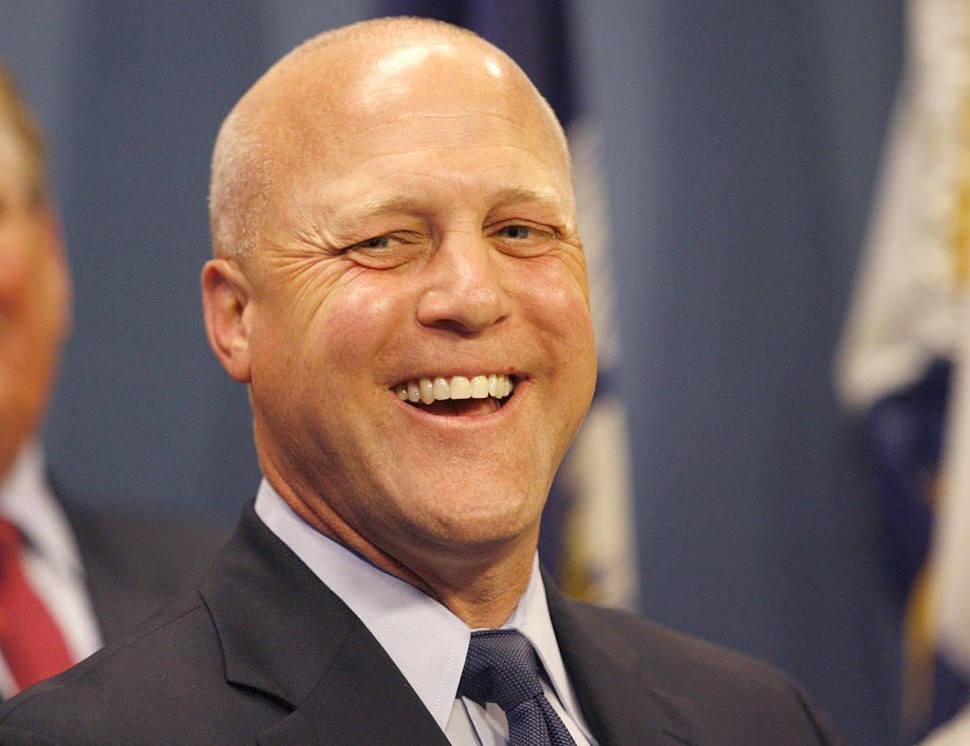 Landrieu was guest of honor at an event called "A Summons to Memphis" sponsored by our sister publication Memphis magazine. He said lots of nice things about Memphis and suggested that mayors and cities try to do things that two-thirds or 66 percent of "the people" will support, writing off the other 33 percent as hardcore opposed.
He contrasted the idea of trying to achieve a majority of "50 percent plus one" ("which doesn't work because somebody can flip that one") with "governing on the 66 percent model," in that "Something that works for almost everybody is always better than something that works for half the people, plus one."

Coincidentally, Landrieu, who comes from a political family, was elected in 2010 with 67 percent of the vote.

Wharton was guest of honor at an event that could have been called "A Summons to The Reckoning" with a mostly cranky Budget Committee of the City Council. Coincidentally, Wharton was elected in 2011 with 65 percent of the vote. Close enough to make him, like Landrieu, a certified 66-percenter.

But if you want to be hailed as a great guy mayor with a bright future, it is not a bad idea to travel to another city where you can smile, compliment, tell jokes, and speak in platitudes. I have no doubt A C Wharton would get a standing ovation as luncheon speaker next week anywhere in New Orleans.

The 66-percent doctrine is brilliant in its simplicity. And if it is not taken too literally, it makes some sense, particularly when a city is on its heels from a disaster such as Hurricane Katrina or reveling in euphoria over the success of its favorite professional sports team as New Orleans was with the Saints in 2010.

But it breaks down when you apply it to specific ideas and things and have to put a price on them, as Wharton did Thursday when he floated a 50-percent property tax increase and 3,250 city employee layoffs as the extremes of the spend-cut continuum.

When you think about it that way, 66 percent is a pretty tough standard. Who makes it in Memphis? The Grizzlies, obviously, and the University of Memphis Tigers basketball team. FedEx Forum, yes, but Tiger football and Liberty Bowl Memorial Stadium, no way. A new on-campus stadium? Not yet.

The popularity of politicians is measured every time they run for office. Congressman Steve Cohen is a certified 66 percenter in the Ninth District, having beaten George Flinn, Tomeka Hart, and Willie Herenton with at least 75 percent of the vote. But Cohen won the Democratic Party primary in 2006 with 31 percent in a crowded field and did not have to go into a runoff. Call him a late bloomer.

You can test the popularity of certain ideas by putting them to a referendum.

Memphians voted to surrender the Memphis City Schools charter 67-33. But Shelby County residents outside of Memphis could not vote even though their school system was the merger partner. And given the difficulty of merging the systems, you have to wonder if 67 percent of Memphians would vote for it again today.

The 2010 city-county consolidation referendum failed 85-15 in the suburbs and passed 51-49 in Memphis. The combined count was 64-36 against consolidation.

A referendum to increase the gasoline tax one penny a gallon failed.

And speaking of elections, it has to be said that one thing that 66 percent of Memphians firmly believe in is not voting in them. A 33 percent turnout is considered good.

Can you see Memphis spending even half as much as Nashville spent ($630 million) for a new downtown convention center? Or $20 million for AutoZone Park, the toast of the town 12 years ago? Do you think Bass Pro Shops would have gotten $200 million in incentives if it had been put to a referendum?

Free stuff gets 66 percent support. Concerts at the Levitt Shell, free days at the Memphis Zoo. Who doesn't like free?

"Lower fares and more airline service" is popular, but we'll see how many Memphians sign up for those Southwest Airline flights when they start later this year.

Abstract ideas like “lean and efficient government,” “safe neighborhoods,” and “investing in our children” get 66 percent support, but only until you put a price tag and some particulars on them, as the Unified School Board, Shelby County Commission, and Memphis City Council well know. And as Wharton will learn, again, next Tuesday when the budget comes to a vote.

How about cutting the city budget and laying off employees? Or paying city employees more money? Or raising property taxes? Or lowering them? These are the choices the mayor and City Council must make Tuesday. Do you see 66 percent support for any of those?

Mayor Landrieu is a fan of charter schools, which have virtually taken over the New Orleans public school system since Hurricane Katrina. “We have a system of schools, not a school system,” he said. Very catchy, but vague. Losing over half of your poor population and most of your public schools in a natural disaster is a pretty radical road to school reform. Do you think 66 percent of Memphians favor charter schools? Or 66 percent of Shelby County?

Municipal school systems are favored by over 85 percent of suburban residents, but Memphis will be part of the Unified School System. Suburbanites prefer "a system of schools."

Don't get me wrong. Mayor Landrieu is a fine speaker, dynamic politician, and a gracious guest. The 66-percent theory is a great idea. Except when it isn't.