Thumbs Down to Speed Cameras in School Zones 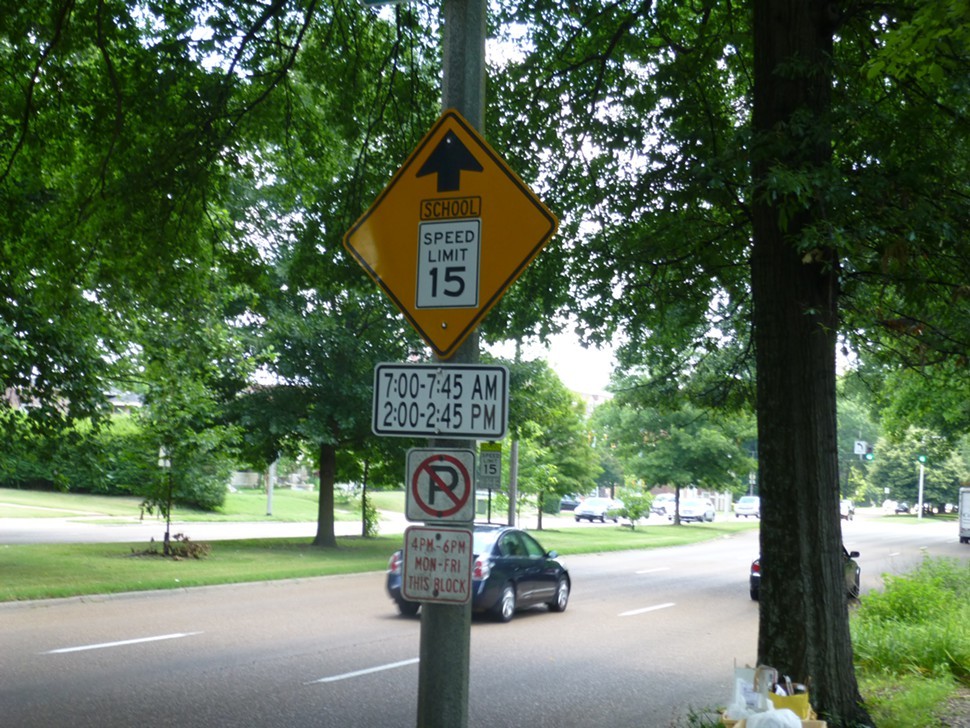 The ranters are mostly right on this one. Installing traffic cameras at school crossings, as the City Council proposes to do, is an idea driven more by money than child safety.

I don't think proponents Myron Lowery and Bill Morrison, both stand-up guys, are in the bag. But at budget crunch time council members are under a lot of stress and they go into revenue mode and some bad decisions get made. This is one of them.

The safety of children at school crossings is obviously a legitimate concern of local government. Which is why it should be handled locally and not put in the unseen hands and cameras of a vendor called American Traffic Solutions in Arizona which is a subsidary of another company called TransCore which is part of another company called Roper Industries, traded on the New York Stock Exchange (symbol ROP) for $121 a share today, twice what it sold for three years ago.

American Traffic Solutions says that “our economic engine is driven by efficient outsourced transaction processing solutions and services delivering high value recurring revenue.” That along with the fact that the council took up this topic during a budget session (read: shortfall) Tuesday tells us pretty much all we need to know about this one.

One of the services American Traffic Solutions provides is handy data-heavy, footnote-weighty, official-looking rationalizations for politicians to use to justify hiring them. This is called salesmanship, and, as I suggested, City Council members are more prone than ever to fall for it this week.

The National Highway Traffic Safety Administration, on the other hand, is a government agency established by the Highway Safety Act of 1970 and "dedicated to achieving the highest standards of excellence in motor vehicle and highway safety. It works daily to help prevent crashes and their attendant costs, both human and financial.”

It is not a for-profit business, but it also produces a lot of studies. According to one it did a couple of years ago, 79 percent of pedestrian fatalities among children (14 and under) occurred at non-intersection locations. The number of such fatalities decreased 41 percent between 2002 and 2011.

A Department of Transportation (DOT) report on automated speed enforcement using cameras called it “a promising technique that must be used carefully in selected areas and not as a stand-alone tool” but in the context of “political realities” and in areas “with well-documented speeding and speed-related problems.” Conclusion: “Speed camera enforcement must be thoroughly justified and explained with good media, social marketing, and signage. It must be justified as a method to improve public safety, not a revenue generator.”

I smell a revenue generator. Maybe a multi-million-dollar-a-year generator if 150 cameras are installed. It's a cowardly, backdoor, cynical way to raise revenue in the name of “safety of our children.” I prefer an honest property tax increase any day to such nickel-and-dime (or dollars) schemes.

I base my opposition to this not so much on the dueling studies as on my own observations over the last 25 years of one particular school intersection at North Parkway and McLean, location of Snowden School for more than a century. I have gone through that intersection tens of thousands of times since my children attended Snowden, which is five blocks from my house.

There is an excellent traffic control system already in place. It consists of a traffic light, blinking lights warning of a school crossing, street signs warning that the speed limit is 15 miles an hour during certain hours, and — most important — human crossing guards in their yellow or orange vests carrying their signs and escorting the kids safely across the streets. Usually they're bless-their-hearts traffic ladies, but sometimes they're bolstered or replaced by parent volunteers or cops. I have seen dozens of traffic accidents at this intersection, but not a single child-crossing injury that I am aware of.

But what a revenue generator this could be. The posted speed limit on North Parkway, a divided boulevard with two lanes for cars and another for bikes on each side, is 40 miles an hour, but 50 mph is not unusual as anyone who drives on it knows. The posted 15 mile an hour limit applies for 45 minutes in the morning when school starts and in the afternoon when it lets out. Imagine the opportunities for snagging unsuspecting motorists during other times or on days when there is no school. Got an objection? Well then tell it to the judge, because “court” is where speeding-in-school-zone tickets wind up, according to the city's website.

Once again from the DOT report: “Automated speed cameras may not be as effective in changing behavior as in-person enforcement by an officer, since speed camera citations are received days or weeks after the offense while officer-issued citations provide very immediate feedback.”

The safety of children going to school is a government function if there ever was one. So is sorting out the dangerous drivers from the occasional miscreant drivers to the wrongly accused. It should be done locally, with local public servants and parents working together. If the City Council needs more revenue to do this then it should raise taxes or cut other less important services. The solution is human, not technological.