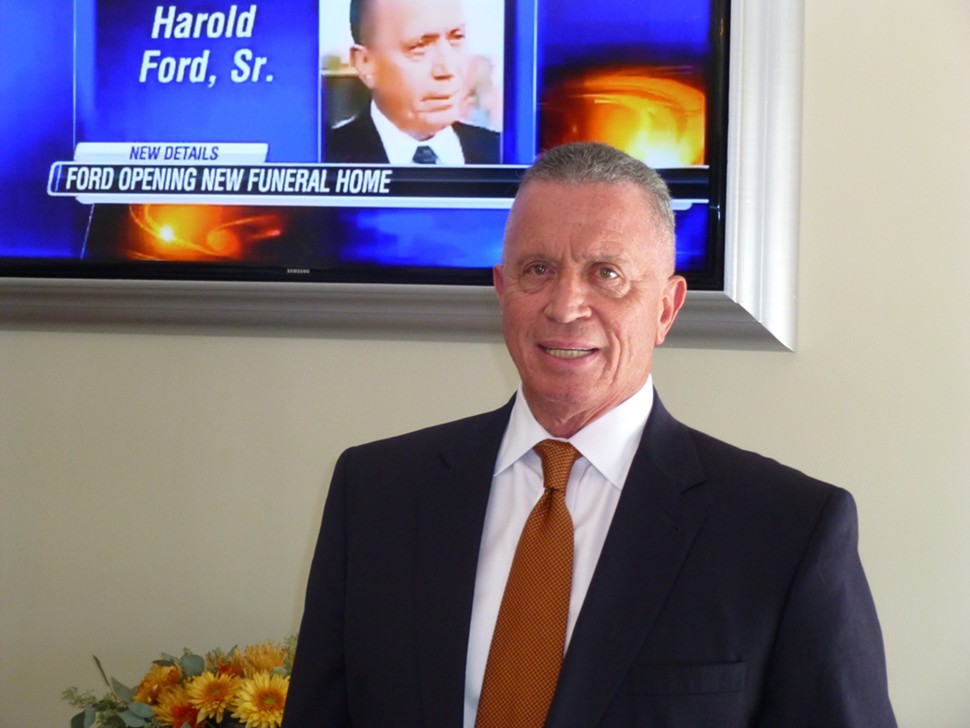 It has been more than 30 years since there were more Fords in the funeral business than in the politics business.

The site is on Sycamore View in northeast Memphis between Interstate 40 and Summer Avenue. Ford bought it from Belz Enterprises and plans to expand beyond the present "Harold Ford Chapel" into additional new buildings on the property.

A columbarium is a place where ashes are stored in small "niches" for those who choose cremation instead of burial. Cremation generally costs less than half as much as burial but was slow to gain acceptance in Memphis and the South. Ford said 42-44 percent of people choose cremation today, compared to less than one percent when he started in the business as a college student 50 years ago.

"I don't think it was accepted at all," said Ford, 68, looking fit and healthy with more gray in his short hair than in his congressional days.

He plans to live in Memphis three or four days a week and spend the rest of his time at his home in Florida or opening some 15 other new Serenity facilities in Chicago, Atlanta, and other cities. They are not part of the big public companies that dominate the industry.

He plans to get out of lobbying in the next year or so.

"I'm not ready to go sit on the beach every day," he said. Asked if he misses politics, he said "I'm around it every day," but he did not plan to attend the Democratic Party roast for former Mayor Willie Herenton this weekend due to previous commitments.

"It's harder to get in and out of Memphis now because of the flight cutbacks," he said.