End of the Year

This is usually the time of year when we take the time to reflect on all the great things we saw and did the previous twelve months. My article next week will focus on some of the more memorable events in the visual arts over the last year. But there was no way to mention everyone and everything. I didn’t even have the chance to mention myself and all the important things that I do for this city. Maybe next year.

Speaking of next year, it has come to my attention, because of my December 13th article, that someone is actually going to curate an exhibition of current MFA candidates from the U of M and MCA at Marshall Arts. While still in the development stages, the exhibition will also consist of a panel discussion and open critiques between the students of the institutions. The show should not be viewed as a competition between them, but rather an opportunity for the artists to get to know each other and have a positive impact on the visual arts in this community. This is a good thing. Memphis is fortunate enough to have to highly regarded MFA programs while Nashville doesn’t have one at all. Suck it, Nashville.

Speaking of Nashville, I wonder when they are going to form their own state and then secede from the union? 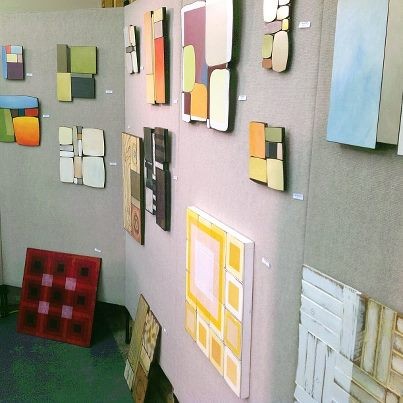 Speaking of Union, the Memphis Arts Collective Holiday Artist Market at 1501 Union is in its final days, through December 24th. They are open daily Monday-Saturday 10:30 a.m.-6:30 p.m. and Sunday noon-5 p.m.

You can find work from Lizi Beard Ward, Robert Carroll, Bryan Blankenship and others.

Speaking of Bryan Blankenship, he is also a part of the exclusive Winter Arts Holiday Show & Sale at 2055 West Street in Germantown. They are open Monday-Thursday & Saturday 10a.m.-6 p.m., Friday’s 10 a.m.-9 p.m. and Sunday 1-5 p.m. Through December 24th. You should all go and check these sales out and finish up your holiday shopping and buy me a pressed plate from Blankenship. I would appreciate it. I should have bought one before the devastation of the end of the world.

Speaking of devastation, tomorrow is the last day to see Maysey Craddock’s exhibition “Forest for the Trees” at David Lusk Gallery. An exhibition inspired by the devastation that Hurricane Katrina caused on New Orleans and the Gulf Coast in 2005. These gouache on sewn-together paper sacks are a reminder of that tragic storm and its continuing effect on the gulf region but also the recent destruction on the East Coast caused by Hurricane Sandy. Go see the show while on your way to the holiday markets, while you still have a chance.