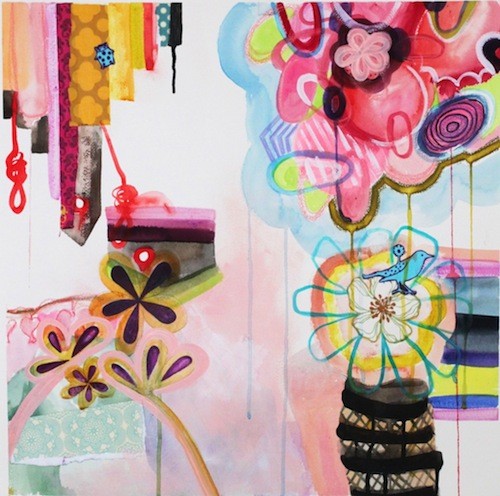 One of those conversations was about the artists who were not included in the Dixon exhibition. As soon as I saw the list of participating artists, of which I am included, I could not believe those artists that were left out of the exhibition. I thought to myself, “I should put together an exhibition of the artists not in the Dixon show.” So I did. “Hanging Participles” opens Friday, March 15, 2013 6-9 p.m. at Marshall Arts.

The “Hanging Participles” exhibition should not be considered anything other than a continuation of the conversation started with the Dixon show.

The list of participating artists is always changing, even the day before the exhibition. But there is roughly 35 pieces from more than 40 artists including: Alex Paulus, Lindsay Overbey, Ronald Herd, Kiersten Williams, Tim Crowder, Emily Walls Cifaldi, Beka Laurenzi, Ed Rainey, Kat Gore, Allison Smith, Leadra Urrita, Jill Wissmiller, Chloe York, John Ryan, Mary Jo Karminia, Bryan Blakenship, Patrick Graves, Melanie Spillman, Brantley Ellzey, Cedar Nordbye, John Hood Taylor, Carrol Harding Mctyre and Mary Long. Even with all these great artists and more, there are still many that could not realistically fit in Marshall Arts. There definitely needs to be a part 3, 4, and 5 of this exhibition. 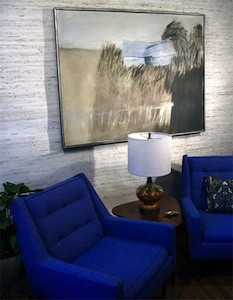 Many of the artists that David Lusk represents are included in both the “Present Tense” and “Hanging Participles” exhibitions. Which is understandable, being the leading contemporary arts gallery in Memphis for over 15 years. But their inventory and interests are much broader than that. Opening Friday, March 15th, 6-8 p.m. is “1961 Memphis: Art, Furniture, and Furnishing.” The exhibition comprises of several interior vignettes that showcase work created in 1961 by artists Dorothy Strum, Ted Faiers, Carroll Cloar, Veda Reed, Mary Sims, and Walter Anderson. DLG has partnered with Grace Megel Interior Design and Sarkis Kish Oriental Rugs for this exhibition. It is almost like walking on to the set of Mad Men. I hope they serve Old Fashioneds at the opening!

So, this weekend you can celebrate over 50 years of visual arts in Memphis. That is a hell of a thing.