by Chris McCoy and Addison Engelking

Chris,
First, congratulations on the new gig. Second, how's the new job going? Are there any unexpected perks or problems with your new writing/editing workload? More specifically, how does your own experience as a real, honest-to-God filmmaker influence what you see and what you're looking for in movies now that you have to write about them every single week? Third, we've never spoken: what do you think my voice sounds like?
-Addison

Addison,
I imagine your voice to be like God from The Ten Commandments.

So far, so good on being the Flyer's Film/TV Editor. I think I am most surprised by how difficult it's been to get reviews in the paper in a timely manner. Studios have decided they don't have anything to gain by previewing big budget movies to critics like us, so I've had to pay to see them on opening weekend and then run the reviews the next week. It's also pretty time consuming: There were more than 600 movies in wide release this year, which would be almost two a day all year long. So it's very difficult to see everything. like Pauline Kael or Roger Ebert did back in the day.

As you said, I am a filmmaker with three features under my belt over the course of ten years. I have also done a lot of screenwriting and consulting over the last few years, and I'm shopping a screenplay in Hollywood right now. So I've got skin in the game, as they say. I think it gives me an appreciation for the complexities of filmmaking. If you can get the fundamentals right—good acting, good pacing, looks good, reasonably coherent script—you're going to get a good review from me.

I see my job as being a consumer advocate. The first and foremost question everyone is asking when they read a review is, "Should I go see this movie?" So somewhere in all of the pontificating about theory and stuff, I have to answer that question. And that's regardless of genre. I'm not a big fan of Westerns, but if I review a Western, I have to let fans of the genre know if it's a good Western or not. Likewise, if I'm going to be reviewing a science fiction movie, I can't let my geekdom get in the way of telling a general audience if they're going to like it.

Chris,
First, as a sci-fi geek you need to mainline all of Black Mirror ASAP. Second, if you can imagine God sounding like Bob Oedenkirk, then you’ve pretty much nailed the sound of my voice.

Anyway, I’m not surprised that studios aren’t pre-screening films for critics as often as they used to. But in a way I’m glad it’s happening, because it means I’m still useful to The Flyer: I can see a movie when it premieres in my hometown of Minneapolis and then send you a review that remains timely and relevant whenever that movie resurfaces in Memphis.

On the other hand, the notion of “timeliness” w/r/t film reviewing is surprisingly tricky. Take your job description: as much as I respect and appreciate the consumer advocacy element of most film criticism, I’m always struggling against it. For example, you know what I dislike most about my reviews? The second paragraph. That’s where I feel obligated to throw in a couple of vague, coy sentences about the story and/or the actors and/or the cinematic antecedents to whatever I’m writing about. It feels like necessary consumer information, but I always wonder how I could have used those 100 words differently. Let other people sum things up; I want to do something else—expand on the de facto auteurism that you’re rightly suspicious of, maybe, or call attention to those overlooked textures, gestures, lines, images, or moments that are shorthand for the movies at their best. Basically, I want to celebrate what Andrei Tarkovsky called “Time, captured in its factual forms and manifestations.”

You asked me how to become a better film critic. (How sweet of you to think I might know!) Well, it’s imperative to care about every word you write. Persist in the fantasy that you’re being read for posterity. Respect good product by trying to see it as clearly as you can; respect inferior product by being honest and original about its failings. Watch more movies, but read lots of writing that isn’t only about film, too. Keep ideas in your head about other things while dealing with the specifics of the medium. Athough I’m not a huge fan of pop-sociology, “The Hunger Games is a metaphor for class division” criticism because the politics of Hollywood movies are deliberately squishy and stupid, other ideas from other places definitely belong in our work. I didn’t get that Tarkovsky quotation from Rotten Tomatoes; I got it from Lapham’s Quarterly.

The second question you asked is connected to the first one. Timeliness in movie reviewing is also getting more complicated as streaming services and alternate viewing options proliferate. Who has the time? So the question of whether 2014 was a good year starts to get more and more difficult to answer; within that arbitrary 12-month period, are we counting only movies released in Memphis (which includes several high-profile releases from late 2013) or are we counting on everything, from independent stuff like Blue Ruin (which played there briefly) to wacko imported fare like Why Don’t You Play in Hell? (which might not have played there at all)? What does it mean to watch a movie these days anyway?

Thanks to those options, though, the year at the movies I managed to put together was pretty good, maybe even better than last year. But before I share some of my favorites, what were some of yours?
-Addison 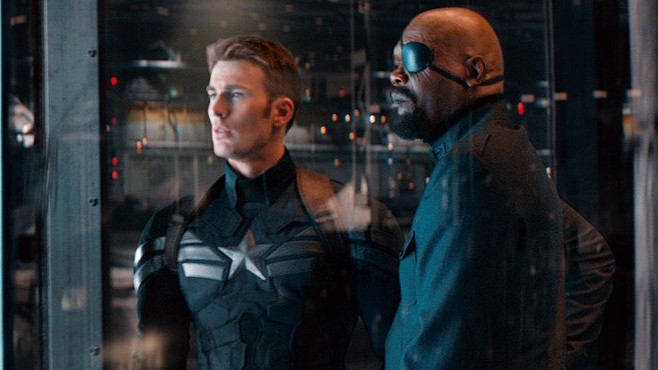 Addison,
I'll save my list of favorites for the paper, but I think you've got a point about the huge amount of movies being made means its easier to piece together a good moviegoing year. I saw a lot more great movies in 2014 than I did in 2013. I think the average quality went up across the board, from big budget Hollywood movies to the microbudget movies we saw at Indie Memphis. The two big Marvel tentpole comic book movies were both good in different ways. Guardians Of The Galaxy was both great space opera and a lot of fun, but in retrospect I preferred Captain America: Winter Soldier for the tighter plotting and some good performances by Chris Evans, Samuel L. Jackson, and Scarlett Johansen. Even stuff like The Lego Movie and Big Hero 6 were better than they had any business being. In doing my year end roundup, I caught up with Edge Of Tomorrow, which was a big budget, high concept Tom Cruise movie that I thought was very well written and executed. That one will be written about for a while because of the horrible way Sony botched the marketing, both at the theatrical and home video level. (Live, Die, Repeat is not a better title than Edge Of Tomorrow).

At indie Memphis, we had much more variety. I think the mumblecore wave has finally broken, or at least people are paying more attention to the script in the indie world. I loved Lawrence Lavine's Wild Canaries, which was a Brooklynite Rear Window from the guy who did the shapeless but compelling Gaby On The Roof In July a few years ago. Darius Monroe's autobiographical documentary Evolution Of A Criminal has really stuck with me, too. I think those of us working on the indie level we should take more advantage of the creative freedom we have instead of making movies that look like job applications for Hollywood, and I think I saw more of that this year.

What were some of the movies that didn't quite make the cut of your year end list?
-Chris 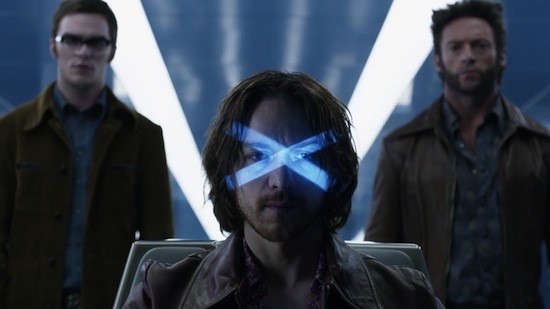 Chris,
As far as Hollywood fare goes, a lot of the stuff you mentioned missed the cut for me, with Edge Of Tomorrow and Godzilla being the most agonizing omissions. The latest X-Men movie was probably my favorite installment of that venerable franchise, and though most of the superhero movies fall into a very clear and deeply repetitive story pattern, things like Guardians Of The Galaxy are starting to get weird like the later film noirs of the 1950s or the zombie films of today. So that’s encouraging. Plenty of movies were very good and very enjoyable but just short of great, like Lars Von Trier’s Nymphomaniac Vol. I, which was better than Vol. II. A lot of smaller stuff, like John Turturro’s Fading Gigalo and Mathieu Almaric’s The Blue Room, were compact and skillful, too. Again, it was a good year to spend a lot of time at the theaters.

As always, there were at least a couple of instances where I either bought or resisted the hype. Initially I enjoyed Damien Chazelle's Whiplash, but after thinking and reading about it more, I’m not so sure what it was or is supposed to do. And although I like Richard Linklater’s work enormously and was lucky enough to write about Boyhood, I wash't as enamored of it as everyone else. For one thing, I think they picked the wrong kid to focus on; they should have built the movie around Linklater’s daughter.

Whenever you talk about the good stuff from Indie Memphis, I feel a pang for what I missed out on; I only saw a sliver of the smaller film-festival stuff. As it stands, though, I liked Happy Valley and American Cheerleader. But Citizenfour and HBO Films' Regarding Susan Sontag are probably my two favorite documentaries.

I’d love to hear what you think about Sony’s current PR/marketing/hacking predicament in re: The Interview, which I picked as my “Movie of the Year” for obvious reasons. But that’s a different conversation for a different time. So let’s wrap things up by looking ahead. On Christmas Day I’m going to the local premiere of Mike Leigh’s Mr. Turner, and for much of the next couple of weeks I’ll be playing catch-up on things I missed, like Gone Girl (don’t worry, I read the book) and Enemy and The Double and whatever else sneaks into theaters.
-Addison