December 26, 2014
1 comment
Television continues to be the narrative televisual storytelling medium par excellence. It allows you to identify traits with human faces over a longer period of time, instead of for two hours, and thereby more easily dupes you into believing fictional people exist.

This year Game of Thrones continued to get better and better at being subtly modern, showing us a world in which major problems are ignored for short-term politics. It was nowhere near The Wire, but still unique in using the medium to create a complex, multilayered world, more than any large scale cinematic shared universe. The show’s problems continue to be its backwards treatment of women and women’s bodies. Women are naked in traditional male gaze fashion, while penises are mostly off limits. Elsewhere, the show added a sexual assault to the adapted storyline and seemed to be confused about whether there actually was one and why it was there. The director and showrunners gave different answers in interviews, and the character in question blithely pursued his heroic arc.

True Detective also had problems writing its female characters, but was distinguished by a beautiful opening credits sequence and fun Matthew McConaughey monologues set in a generically miserable Louisiana. McConaughey’s philosophy wasn’t anything you couldn’t find on the atheist section of Reddit, but it was operatic, poetic and accurate. Almost everyone else around him was cardboard. The series undercut this exciting pessimism by ending with action scenes and hope, not horror, with all the resounding tonal shift of a wet fart. 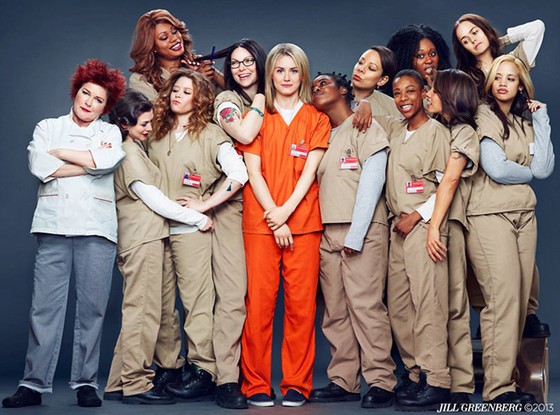 The show that was best at humanizing even its most minor characters was Orange Is The New Black. Although it may not be the most accurate depiction of the prison industrial complex, wherein we throw everyone possible in prison and make money off it, it certainly stressed the dehumanization of our system and treated the prison population with empathy. Despite all the stand-up routine style jokes, that made it a political show. Those politics were a rarity even as mainstream attention to the way police and prisons can treat civilians (murderously or corruptly) came to the forefront of newscycles this year. Television is a landscape of cops eternally breaking rules to throw criminals away. As public discourse changes, media companies sometimes allow politics that actually concern us to appear on our screens, and this is an example.

Probably my favorite cringeworthy horrible show of our modern era, 24, a show that actively and aggressively tried to act as an apologia for torture and once cast Janeane Garofalo so that its main character could yell at her, returned this year, as stupid as ever. The few episodes I watched seemed slightly more tasteful and less likely to suggest that torturing the hell out of someone is a superheroic act, but it had also lost its campy, 80’s action movie vibe. 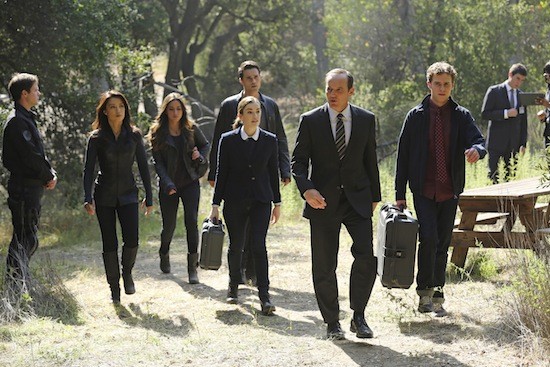 A lot of shows are mostly concerned with cross promotion —for example, Gotham which was mainly meaningless call-forwards to Batman characters. Marvel’s Agents of SHIELD had the 24 aspect of praising rule-breaking government agents with no oversight, but when it tried to be morally gray it just came off creepy. It got better this year, but was still most clear about its goals when advertising other products or films.

A procedural I did like was Happy Valley, a Netflix British import, because of the strength of its acting and writing, with only a little War on Drugs paranoia thrown in. 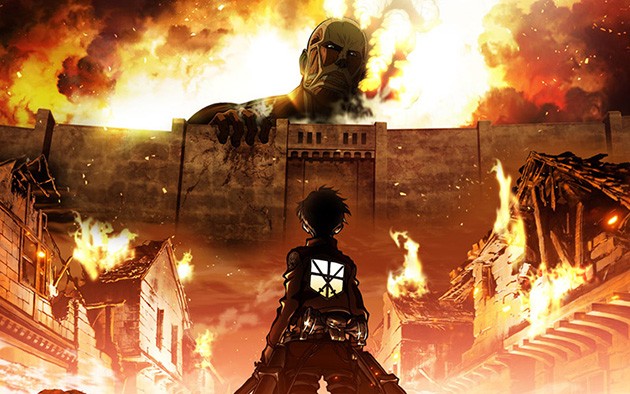 Other standouts included the anime Attack on Titan, widely available in the U.S. this year. The actual writing was horrible but whenever its overtly psychological monsters appeared it was wonderful. Hannibal’s Grand Guignol improved its procedural, and Transparent took Jeffery Tambor’s crossdressing from Arrested Development and remixed it humanely into the story of a transgender woman coming out to her family.

Another import, Black Mirror, was accessible previously in the U.S., but just became available to most U.S. consumers via Netflix less than a month ago. Its scant six episodes are nice modern Twilight Zone parables, none better than the science fiction worldbuilding in “Fifteen Million Merits,” which dramatizes how the emptiness in working towards buying meaningless things does not go away when consumers recognize it. A consumerist system persists because it is easy to co-opt rebellion against it as a critique. Here, that means a dystopian society composed of people looking at computer screens from elliptical bikes get no catharsis when they watch an America’s Got Talent show. Their attempts to disrupt it only upgrade its edginess.
In terms of direct politics, one half of Comedy Central’s continuous critique of mainstream news, Stephen Colbert, abdicated for CBS. Given how David Letterman lost most of his verve upon decamping there, it is not a good sign. Meanwhile Aaron Sorkin’s humorless but passionate retelling of news from a few years ago, The Newsroom, finally died. From what I’ve seen of the show it seemed to be so mired in Sorkin’s voice that its political opponents were strawmen.

Finally, one of America’s most beloved television dads was revealed to be a serial rapist. This was a fact long ago: we’re just learning it. It is better to know, and for a corrupt, powerful person to be shamed if they cannot be prosecuted. His downfall was brought about in part because his handlers did not understand how new media works. For as long as it takes them to learn it, the world will change.