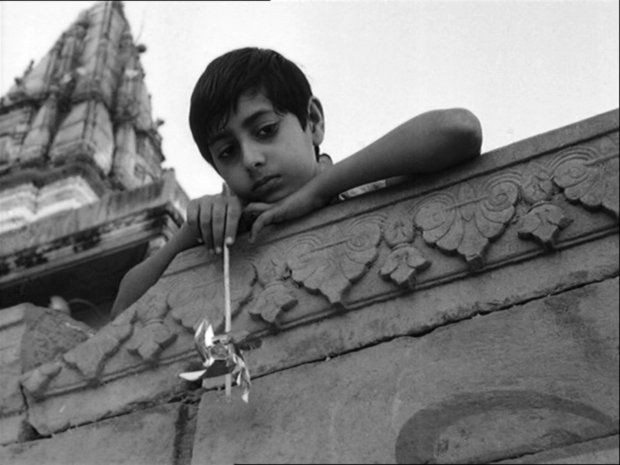 Pather Panchali, Aparajito, and The World of Apu a.k.a. The Apu Trilogy (1955-60; dir. Satyajit Ray) Damn you, Nashville! Why do you get to spend the week basking in the big-screen 4K restoration of the wisest trilogy in film history while movie-going Memphians are forced to choose from a bunch of dumbed-down fairy tales and CGI-“enhanced” lies about the way we live now?

It isn’t right and it isn’t fair, but as Satyajit Ray’s humble, profound series about the life and times of a sensitive Bengali boy repeatedly shows, that’s the way it goes sometimes. These movies are small yet huge: if Richard Linklater’s Boyhood blew your mind last year, then you ought to love Ray’s grander, richer humanist vision.

What makes the Apu trilogy so great and rewarding is also what prevented me from sitting down and actually watching them until last week: it stubbornly focuses on the stuff of everyday life instead of using that stuff to fuel the escapism most people (including me) seek when we go to the movies. Ray’s lambent meditations on common experiences (family, food, first love) common places (home, school, workplace) and common phenomena (weather, technological change, unexpected disillusionment) are attempts to understand the world rather than cut and paste its parts into predetermined narrative patterns. (Nevertheless, the films’ relevant symbols and organizing principles include roads, trains, Ravi Shankar’s music, water, and merciless sudden deaths.)

His characters are something else, too; as Pauline Kael put it, “The concept of humanity is so strong in Ray’s films that a man who functioned as a villain could only be a limitation of vision, a defect, an intrusion of melodrama into a work of art which seeks to illuminate experience and help us feel.” In other words, Ray sees the world clearly and correctly, and his vision grants him access to several previously inaccessible or overlooked regions of the movie world. I was nearly moved to tears by Ray’s handling of Apu’s reunion with his mother in Aparajito; you may feel similarly about Apu’s relationship with his older sister Durga in Pather Panchali or his unexpectedly tender marriage in The World of Apu. The films may be taxing and formless at times, but they are large and roomy enough for everyone.

Pather Panchali Aparajito The World of Apu The Apu Trilogy