Throwback August: Back To The Future

I’ll preface this by saying that I had never seen Back to the Future before last night (I know, I know.) I loved it. I am basking in its glow. I wish that every movie made in 2015 was erased from time with the help of a flux capacitor and replaced with Back to the Future.

Usually in time travel movies, funny or serious, the characters return to their own time with some sort of overarching moral lesson gained from the time where they have been. It is an annoying failing of most time travel-y fictions that they are basically nine parts "A Christmas Carol" and one part science fiction. “Wow,” says every character ever, “my harrowing trip back to the Middle Ages sure did teach me the true JOY of life.” Gross.

Down with moralizing and Dickensian visions of time travel! Up with fun! Up with Christopher Lloyd! I was cautioned, going into my first ever viewing of Back to the Future that it is “a perfect movie.” I agree. It feels remarkably new, probably because no one has yet figured out how to make fun of 1985 better than Back to the Future did in 1985. When is that ever true? Have we learned nothing from Back to the Future? How do movies like The Lake House, the magic time-bending mailbox movie from 2006, even get made? 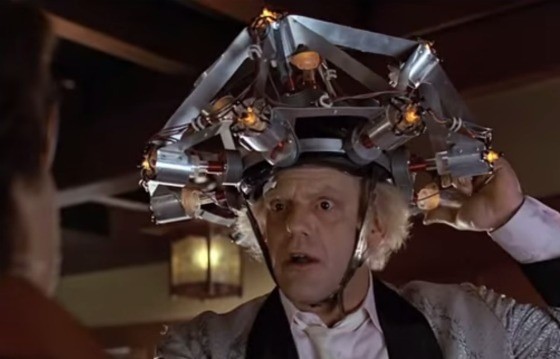 Maybe it holds up so well because we never tire of a good Oedipus story. Or maybe it is because Christopher Lloyd is an alien genius sent to earth to help us all. But probably it is just because of the moment when Marty McFly (Michael J. Fox) asks Doc Brown, incredulously, “You made a time machine out of a DeLorean?” (Doc Brown responds “If you’re going to build a time machine out of a car why not do it with some style?”) 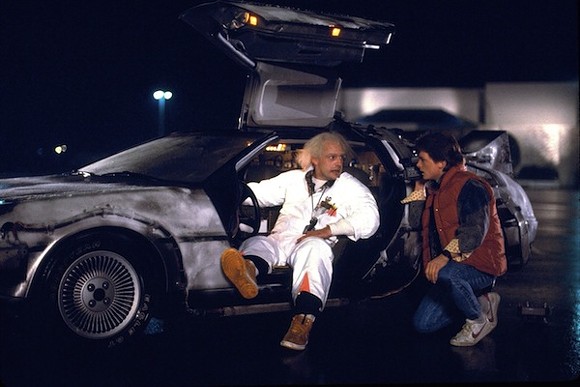