To talk about Brokeback Mountain today is to bring up two separate things: Ang Lee’s Oscar-winning epic about forbidden love in the American West, and “gay cowboy movie” memes. It is unfortunate but not surprising that Brokeback Mountain is more memorable for its sound clips (who hasn’t said “I wish I knew how to quit you” to a slice of pizza?) than for its cinematic achievement.

Brokeback Mountain is a movie about gay cowboys, but that's sort of like saying Titanic is a movie about boating hazards. Brokeback is a love story, told with the simultaneous drama and reserve of Annie Proulx’s original short story. Proulx describes the mountain where Jack and Ennis meet as “boiled with demonic energy, glazed with flickering broken-cloud light, the wind combed the grass and drew from the damaged krummholz and slit rock a bestial drone.” Lee’s cinematography likewise describes the men's love through focus on the natural; their entanglement as uncontrollable and unpredictable as a summer hail storm.

Heath Ledger, Jake Gyllenhall, Michelle Williams and Anne Hathaway all brought incredible performances. This is a big reason that Brokeback stands out from the crowd of mid-2000s movies with gay storylines: Transamerica (2005), My Summer of Love (2004), Far From Heaven (2002), and Wild Tigers I Have Known (2006.) All good films with good actors, but none that carried the emotional heat of Ledger's “Jack, I swear” or Gyllenhall yelling, “This is a goddamn bitch of an unsatisfactory situation.”

Politically speaking, we can see that Brokeback unquestionably presaged the current visibility and successes of the gay rights movement. But with visibility and political actualization, there is a loss of some specialness, the “otherwise” character of gay life. It is possible to read Brokeback Mountain simultaneously as a break-out moment for gay rights and a movie that said gayness was most palatable from straight-passing, white cowboys. 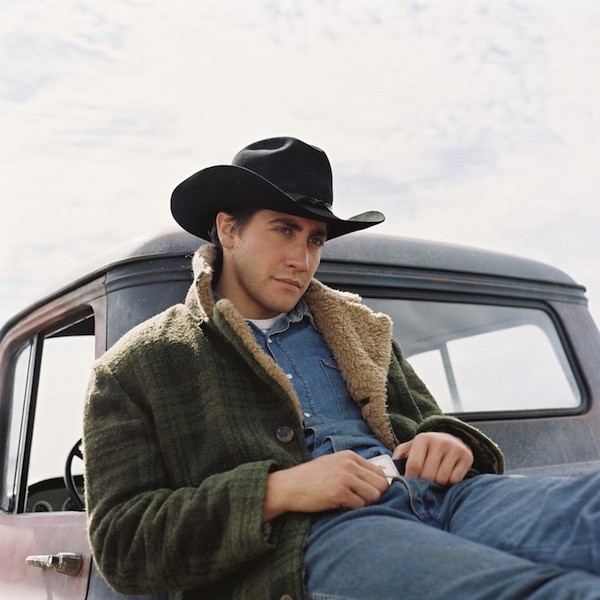 Regardless, Brokeback is an incredible film, work of art deserving of the accolades it received. It did something important to undermine Ennis tragic mantra: “If you can’t fix it; you’ve got to stand it.” 10 years on we can say with more honesty than ever before: you do have to stand it, unless you don’t.