September 17, 2015
comment
Ryan Watt, the Indie Memphis board member who stepped in to direct the festival after the departure of Erik Jambor earlier this year, has been named the new Executive Director for the arts organization. 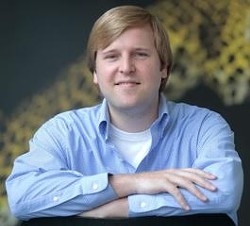 “I’m honored to become the executive director of Indie Memphis, and excited about the chance to lead this phenomenally creative organization,” Watt said. “Indie Memphis has played a significant role in the local filmmaking community, I look forward to working with artists to bring greater visibility to our creative community, and providing audiences more opportunities to enjoy the best of independent films that are not otherwise available in Memphis.”

As a producer, Watt has had a hand in several Memphis films, including Open Five, Daylight Fades, and Free In Deed, the joint US/New Zealand production that won a prestigious award at the Venice Film Festival last weekend.