Horrortober: Silence Of The Lambs (1991) 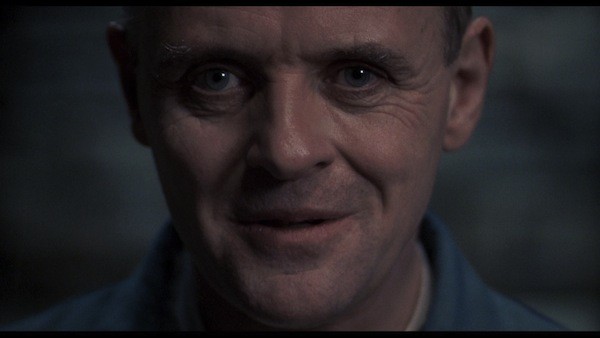 WHY DID I STOP WATCHING? Hannibal has an old friend for dinner.

I usually make a policy of not reading reviews of movies before I write my own, but after finishing (that’s right — I finished it. All of it.) Silence of the Lambs last night, I went on a minor googling tear about the movie’s creation and initial reception. Because as soon as you see a movie as good as Silence of the Lambs, the next thought is necessarily, “How the fuck did they do that?”

I found a Roger Ebert review, penned in 2001 following the release of Silence of the Lambs' underwhelming follow-up, Hannibal. Ebert writes that though Silence of the Lambs is not slasher-film disturbing, it has several genuinely frightening moments: Clarice’s first meeting with the eerily still Hannibal, the Kafka-esque removal of the moth from a victim’s throat, the elevator scene after Hannibal escapes, the back-and-forth cuts between Buffalo Bill’s real house and the false one, and the extended sequence in Bill’s basement at the end. Ebert’s point is that these moments aren’t just gross or suspenseful, but psychologically unsettling in a way that makes them timeless. Because they take place within an airtight character drama, they feel necessary, rather than excessive. 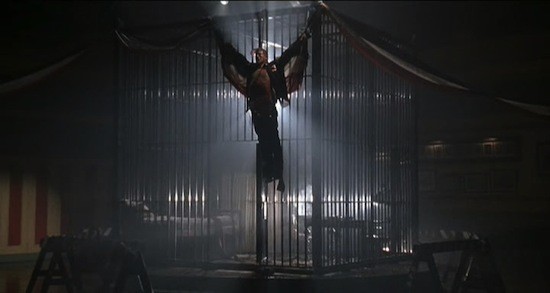 As a first-time viewer and someone with little-to-no horror watching experience, I have to say that Silence of the Lambs was revelatory for me. Imagine if you thought you hated comedy but the only comedy you’d ever seen was Joe Dirt 2: Beautiful Loser. You’d probably think comedy sucked, right? But then someone showed you Airplane! You’d realize you were wrong. I thought horror sucked because I’d never actually seen a horror movie before Horrortober, and of the handful of very good movies I’ve watched, Silence of the Lambs is the one that has felt the most worth it. The element of fear is engaging, not gratuitous, because it is presented a part of that old question: what, exactly, is evil?

I think the movie’s greatest accomplishment is that, despite the grandiosity of its subject matter, it manages to feel understated the whole way through. The scariest moment in the final sequence, when Clarice confronts Buffalo Bill, is not the scene where she sees his skin suits, but the scene where he contorts his face and asks of Clarice, faking ignorance of a previous victim, “Was she a very fat person?” It is scary because Ted Levine, as Buffalo Bill, perfectly captures the hairs-breadth difference between how that question would be posed by an innocent person, and by someone fucking crazy. It is way more unsettling than the half-decomposed body in the bathtub that we run into moments later.

So, readers, I think I get it now. It is possible to make a great horror film if the point is not blood and guts, but if blood and guts are a necessary byproduct of a truly frightening inquiry of human darkness. Of course, it also helps if you have Anthony Hopkins and Jodie Foster leading your movie. But to make horror into art, you mostly just need to take Hannibal Lecter’s advice: “Of each particular thing ask: what is it in itself? What is its nature? What does he do, this man you seek?”