By my estimation, we hit peak superhero movie last summer with Avengers: Age Of Ultron, when familiarity with the formula and the needs of corporate synergy finally overwhelmed the burst of creativity that captured the zeitgeist around the time of Sam Rami’s Spider-Man. I liked Age Of Ultron, but the seams were clearly bulging, and Marvel’s secret weapon Joss Whedon got so fed up with corporate filmmaking that he went walkabout. Now that Marvel is mining the C-list and going meta, it’s a sure sign that we’re entering the decadent phase.

Deadpool is a product of the snarky 90s, and the audience for his comics was assumed to be sufficiently steeped in comic book tropes and lore that they would respond to the inside jokes The Merc With The Mouth threw at them through the fourth wall. From Deadpool’s opening credits, which lists the director as “Some Douchebag”, the producers as “Asshats”, and Colossus as “The CGI Character”, it’s obvious that the R-rated ticket buyer is assumed to be familiar with the tropes of the modern superhero film. Since the movie has passed $500 million in international box office, it’s safe to assume the producer were correct in that assumption.

But Deadpool is not Spaceballs, the 1987 Mel Brooks spoof that signaled the end of the 80s golden age of sci fi. These are the insiders yukking it up and patting each other on the back. Ryan Reynolds, for whom playing Deadpool has been a decade long dream project, famously strangled DC’s Green Lantern franchise in the crib by making Hal Jordan a smirking jerk, so here he gets to make CGI costume jokes. I have never forgiven Reynolds for the debacle of Waiting, but over the course of Deadpool, I developed a grudging admiration for him. He’s always tried to present as a “lovable douchebag”, but somewhere around the time a showboating Deadpool spells out the name of his arch enemy Francis “Ajax” Freeman (Ed Skeen) in the dead bodies of his henchmen, he graduated to “magnificent bastard”. It also helps Reynolds that his love interest is Morena Baccarin, aka Inara from Firefly, as Venessa, an off-the-shelf hooker with a heart of gold. She and Reynolds have good chemistry together, and both of them know exactly how seriously to take the material, which is not very.

To make a high-functioning psychopath like Deadpool, who naturally gravitated towards mercenary work, sympathetic while staying funny means the tone has to be just right. Only in the middle sections of the film, during the flashbacks to Deadpools’ origins in a super soldier torture facility, does the ultra violence curdle from slapstick into sadism. It’s always the origin story that gets you. 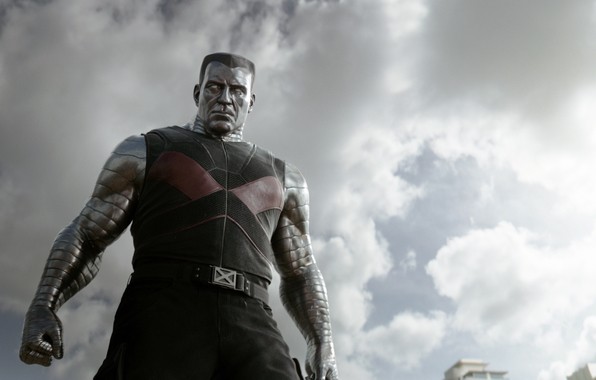 Deadpool’s other bright spot is its portrayal of Colossus, an X-Man brought on board to provide a modicum of respectability and tie-in for the Twentieth Century Fox stable of Marvel heroes. The CGI character, voiced by Stephan Kapicic, provides a properly heroic, goody-two-shoes foil to Deadpool’s kill crazed cynicism. Deadpool’s other sidekick, Negasonic Teenage Warhead (Brianna Hildebrand), who got her gloriously baroque name from a Monster Magnet song, is not as interesting as her moniker.

Deadpool is pretty much Michael Bay’s Bad Boys dressed in superhero drag, but refreshingly, it’s just a simple revenge story instead of having artificially high stakes, because superheroes are supposed to save the world and whatnot. And unlike a Bay film, it’s competently made, and mostly fun. With Batman Vs. Superman: Dawn Of Justice looking like a grimdark wet fart, one can only hope that DC will follow Marvel’s lead and produce that Batman 1966 movie. Come on, you know you want it.