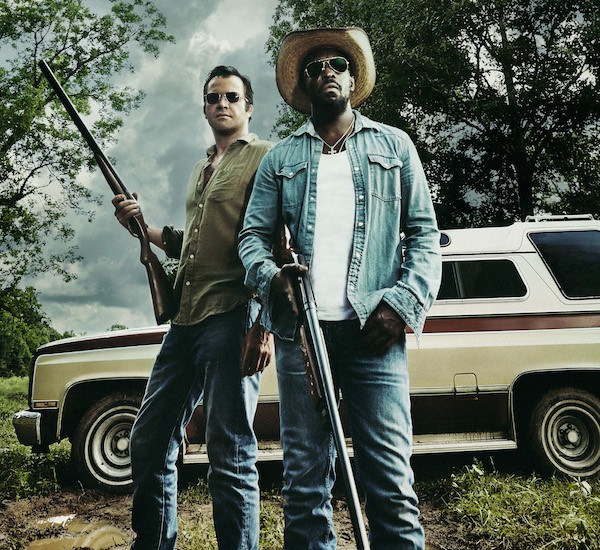 In the new Sundance TV series Hap and Leonard, the backwoods landscape emerges as a character in its own right. It offers both comfort and peril: a commune of aging hippies have carved a space for their version of freedom out of the forest, but the object of their quest—a million dollars in cash sunk to the bottom of a river when escaping bank robbers drove their car off a cliff—is concealed in the mud and brush near a haunted, rusting iron bridge. Civilization, what there is of it in rural East Texas, is represented by a rose farm owner riding a golf cart who fires our heroes Hap Collins (James Purefoy) and Leonard Pine (Michael Kenneth Williams) in favor of cheap Mexican labor. The woods are the only place these two unlikely friends, one a Vietnam War draft dodger and the other a gay Marine with little tolerance for hippy bullshit, can find peace and acceptance.

Soon after they’re fired, Hap gets a visit from his ex-wife Trudy (Christina Hendricks), who hips him to existence of the million dollar bounty while renewing her dysfunctional hold on him. Hap draws the reluctant Leonard into the plot, which is based out of the aforementioned hippy compound, run by yet another of Trudy’s exes, Howard (Bill Sage), guarded by the shotgun toting Chub (Jeff Pope) and former radical leftist bomb maker Paco (Neil Sandilands). But our haphazard heroes are unknowingly on a collision course with a mysterious pair of murderous criminals: Soldier (Jimmi Simpson) and Angel (Pollyanna McIntosh), who are notably dressed as nightmarish Miami Vice drag.

Hap and Leonard is based on a popular series of crime novels by Joe R. Lansdale chronicling its titular heroes rough exploits. The series, which debuted this week, is darkly atmospheric, with a tone somewhere between Fargo and Breaking Bad. Its comedic sense leans towards the slapstick, such as when Chub gets stuck in a mudhole during an expedition to find the fabled haunted bridge. The “country is good/city is bad” device isn’t the only noir trope the series adheres to: Its most deadly character is the throat-slitting Angel, who, because the setting is in the late 1980s, looks like she just stepped outside of a particularly awful Billy Idol video. She provides the Anton Chigurth, silent death aspect to Trudy’s manipulative femme fatale.

In the first three episodes, Williams’ Leonard is emerging as the more interesting character of the title pair. He speaks in a macho growl, but lets his guard down in an accidental meeting with his doctor ex-boyfriend. Purefoy’s most compelling when he is paired with the always great Hendrix, and the sense of the early episodes is of two actors exploring the limits of their interaction. 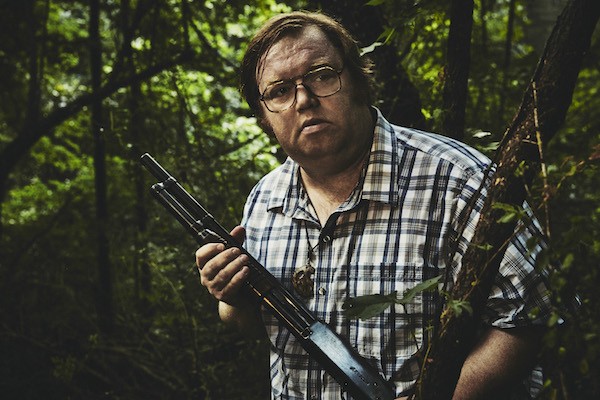 Of particular local interest is Jeff Pope, a veteran of the Memphis indie film scene who has found success in the current production hotbed of New Orleans. You might recognize him as the john soliciting Taryn Manning in the opening scene of Hustle & Flow. Even though his job is providing some comic relief, Pope’s Chub emerges well developed, more sympathetic and complex than his one-note character description suggests.

The opening episode struggles with the usual problems of introducing a big cast of new characters, but taken together, the rich setting, skilled cast and A Simple Plan-like setup seems ripe for the kind of baroque development the fans of serial TV demand.