March 23, 2016
comment
You’ve seen them lining video store walls and littering Netflix lists: Cobra, Lifeforce, Invasion USA, Australia After Dark. Movies whose premises are ridiculously over the top, and whose posters and trailers promise impossible action their special effects budgets can’t deliver. They’re called “exploitation films”, because they are created to exploit a perceived market (like the theoretical market of people who wanted to see a Masters of the Universe movie starring Dolph Lundgren), but the term became associated with the producers shady business practices and the moral dubiousness of their films. They’re still around today—the SyFy Channel has made three Sharknado movies, after all—but the heyday of schlocky action was the 1970s and 1980s, when hungry drive in screens and VHS boxes demanded cheap, crowd pleasing product.

Australian director Mark Hartley has made it his mission to document the fading world of exploitation cinema with a series of documentaries. Five years in the making, Not Quite Hollywood: The Wild, Untold Story of Ozspolitation! documented in glorious, painstaking detail the super low budget world of Australian cinema. Fueled by a government that wanted to help kickstart a domestic film scene Down Under so badly that they instituted a 150% tax break for investors—meaning, the investors would get an effective 50% return on their money no matter what happened at the box office—a generation of novice filmmakers jumped into the business. Hartley takes us into the world of larger than life figures like Australia After Dark director John Lammond, who is interviewed a strip club with a dancer in the background. In the swinging 1970s outback, “Everybody wanted to be nude,” and so there were acres of nubile flesh on display in both raucous comedies like The Adventures Of Barry McKenzie, and hyper violent splatterfests like Turkey Shoot. As one actress says, “I thought it was great to document that we looked really damn good.”

Harley’s hyperkinetic editing style both mirrors the films he’s documenting and allows him to pack his work with story after unbelievable story. Safety standards were either nonexistent or ignored, so fearless stuntmen took their lives into their own hands, and actors sometimes faced live ammunition in gunplay-filled action sequences. In one memorable scene, former James Bond George Lazenby credits his spirited performance to the fact that he was actually on fire. 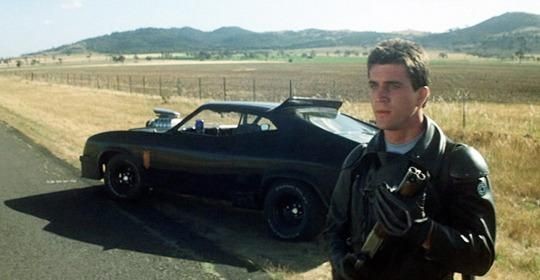 But there were some great films and directors buoyed along on waves of schlock. Stacy Keach and Jamie Lee Curits starred in Road Games, a Rear Window remake set on a truck barreling through the outback. The story of Dennis Hopper’s epic meltdown on the set of Mad Dog Morgan—he was arrested within hours of setting foot on Australian soil—is the stuff of legend. The greatest director to emerge from the Ozspolitation scene was George Miller, a former ER doctor whose Mad Max changed the game so profoundly that his competitors ended up hiring him as assistant director to add life to their car chases. “I don’t know how a movie came out of all of that chaos,” he says.

Hartley followed up Not Quite Hollywood with 2010’s Machete Maidens Unleashed!, which probed the world of Philippine horror, and 2014’s Electric Boogaloo: The Wild, Untold Story of Cannon Films, which has become a hit on Netflix. Produced by Hollywood veteran Brett Ratner, Electric Boogaloo’s main characters are a pair of Israeli buddies, Menahem Golan and Yoram Globus, who are known as two of the greatest film salesmen in the history of the business. From the disco allegory musical The Apple to the famous Breakin’ 2: Electric Boogaloo that gives the documentary its name, no market was too niche for Golan and Globus to exploit. As with the overly generous Australian tax breaks, they had a source of easy cash to fund their exploits: junk bond hustler Michael Milken poured hundreds of millions of questionable dollars into Death Wish sequels and ill-fated Stallone vehicles such as Over The Top. (“Stallone’s a truck driver who moonlights as a championship arm wrestler? Here’s ten million bucks!”)

Harley’s films benefit greatly from the fact that he gets to use the best and most outrageous 30 seconds or so of each film and cutting out the endless filler and horrible line readings. Since his editing eye is always true, his curiosity boundless, and his cast of aging film eccentrics constantly entertaining, his documentaries are must-sees for both movie buffs and casual fans who don’t have the time to wade through Jean Claude Van Damme’s filmography, looking for comic jewels.