Memphis Documentary The Keepers returning to Studio On The Square

March 31, 2016
comment
Since its debut on opening night of last year’s Indie Memphis Film Festival, The Keepers has become a hit on the festival circuit. “We have been amazed at the response at film festivals,” says co-director Joann Self Selvidge. “Almost every screening has sold out, including a 9 AM show in Sedona!”

The film won awards at both Indie Memphis and the Nashville Film Festival. Co-director Sara Kaye Larson, says she’s been pleased with the level of audience engagement she has seen. “The film sparks some great conversations—everything from people identifying with the keepers' dedication to working a job they are passionate about, to discussions about modern zoos, conservation and our relationship with animals. People really connect with it.” 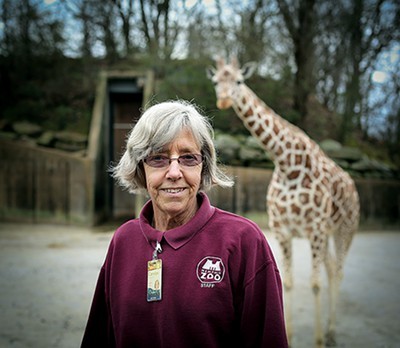 The Keepers is a cinéma vérité look at the lives of the people at the Memphis Zoo who are charged with caring for the animals. Selvidge says the film was the result of a unique alignment of opportunities. “We are independent filmmakers. We are not affiliated with the zoo. We began working on this film nearly five years ago, and because many of the zoo administrators are former zookeepers themselves, they understood our pitch. We were incredibly lucky to get this type of unprecedented access behind the scenes at a modern zoo. But we raised funds independently to make this film, and it's one of the reasons we were able to make the film that we did.”

Selvidge says she does not want the work entangled with the ongoing controversy surrounding the Memphis Zoo’s use of the Overton Park Greensward for parking. “Personally, we are both big supporters of the Overton Park Conservancy,” she says. “I live a 5-minute walk from the park, and I'm a lifelong Memphian, and urban parks and greenspace are very important issues to me. It's been incredibly disconcerting that our film about zookeepers has become a target for the anger that people have against the zoo administration. We began working on this film years before parking on the greensward became an issue, so of course it's not mentioned in the film.”

The film will be screening for the next week at Studio On The Square, starting Thursday, March 31 at 7 PM with a special event hosted by Indie Memphis, featuring a Q & A with the directors.

"A big reason why we made the film was to explore the complexity of our relationship as humans to exotic animals in captivity, and the zookeepers—who are lowest on the totem pole, who have no control over the decisions their bosses make—are the ones who work closest with these animals," says Larson. "This is a fascinating job, with typical job frustrations, and a unique subculture. Zookeepers are amazing people who do amazing work. We feel fortunate that they let us into their lives. I'll be happy if our film encourages awareness and understanding.”

You can read more about the making of the film in the Flyer's Indie Memphis 2015 Cover Story.