July 06, 2016
1 comment
Memphis director Rachel Taylor has a vision. “I want to create worlds,” she says. “I want to be a part of creating something that other people can explore and keep exploring, even after the movie experience.”
Where many young independent filmmakers concentrate on telling small scale stories that don’t need special effects or elaborate costumes, Taylor has pursued a different path.“I have always seen the world through fantastical lenses,” she says. “I was kinda different growing up. I loved getting lost inside stories. Those are stories you can get lost in over and over again. You can get immersed inside of them.” 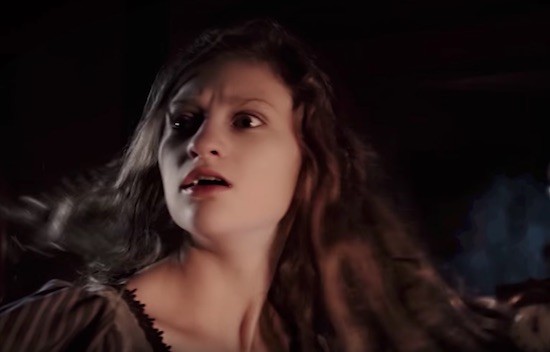 Taylor’s short film “Avarice” took three years to make with the help of Piano Man Pictures and Timid Monster, and combined impressive, home-brewed CGI effects with a story of supernatural redemption. Now, Taylor is crowdfunding an ambitious follow-up. “Solus" is a Victorian ghost story. It’s about a girl who came to a house in the underworld. Only when she finds the most valuable soul can she be released from the house and go into the underworld to find her father, who is being held captive there for an accidental murder that she caused. It’s a big project. I finally figured out how to put it into a 20 minute story. The themes are so big, and the world is so big, but the story is actually pretty simple.”

Taylor had a successful crowdfunding campaign for her last film, so she decided to go all-in for this one. “We raised money for the post production end. This is the first time I’ve tried to raise money for a movie in pre-production.”

Taylor’s team for “Solus” includes Haley Parker, a talented young actress who starred in “Avarice” and in G. B. Shannon’s “Fresh Skweezed”; as well as actors Joseph Carr and Syderek Watson. The director of photography is Stephen Hildreth, and producer Brighid Wheeler. “I’ve got a huge art team,” Taylor says. “We’re building a Victorian hallway from scratch. And we’re also constructing a river of blood. We’re researching new kinds of blood that have never been used before.”

Taylor is currently looking for crowdfunding support at Seed and Spark. “I want to keep reaching for the stars. It’s not worth it otherwise,” she says.

Here’s the trailer for “Solus”: