November 02, 2016
comment
There are several Memphis filmmakers with multiple projects appearing in this year’s Indie Memphis Film Festival. One of the most prolific local filmmakers is Laura Jean Hocking, who boasts involvement in eight different projects screening during the weeklong festival. She co-directed the short narrative film “How To Skin A Cat” and the short documentary film “A.J.”; and created music videos for John Kilzer and Alex Da Ponte. As an editor, she cut the music documentary Verge and the narrative feature Bad, Bad Men. Melissa Anderson Sweazy’s music video “Bluebird”, and did initial assembly on frequent collaborator Sarah Fleming’s “Carbike”. Oddly enough, it all started because of her culinary prowess. 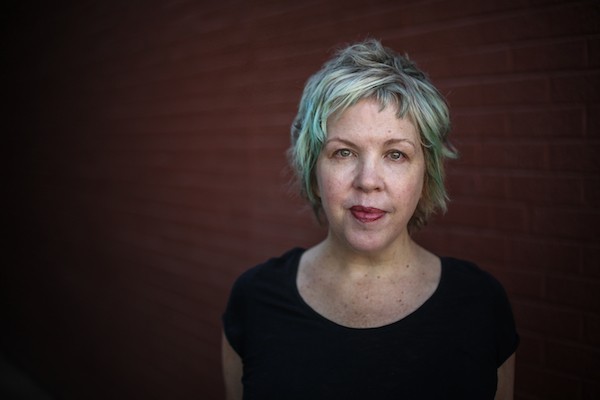 It was early 2000s and Laura Jean Hocking was doing craft services and props for her friend’s films. While helping out with her husband C. Scott McCoy’s film Automusik Can Do No Wrong, Hocking wound up peering over the shoulder of The Invaders director Prichard Smith. "I watched Prichard edit, and it just clicked. It was an epiphany," said Hocking. "And I knew right then and there that I wanted to do this for a living."

Hocking's epiphany sparked an insatiable thirst for editing jobs. After she purchased an instruction book for Final Cut Pro, and completed every lesson in it, Hocking set out to edit a feature film she had just finished writing with McCoy. "It was 52 speaking parts, and everyone thought I was out of my mind to tackle that as my first editing project," recalls Hocking. "After that, I wanted to edit any and every thing."

More than 15 years later, Hocking pretty much has. She’s also produced, directed, or written countless other films. Two of her Indie Memphis projects in particular showcase Hocking’s ability to tackle subjects that can elicit a wide range of emotional responses.

In “A.J.” a short documentary that introduces audiences to the delicate work of the Kemmons Wilson Center for Good Grief, Hocking, fellow producer/director Melissa Anderson Sweazy, and producer/cinematographer Sarah Fleming decided to focus on an element of grief underexplored in documentaries — recovery. "We see the dark side represented in film plenty,” said Hocking. “We wanted to show how people get out of grief and how they get to the other side of it.”

On the flip side, the short film “How to Skin A Cat” demonstrates of Hocking’s ability to transition from the somber to the asinine within a single production year. And if you pressure Hocking enough, she’ll tell you it’s the film that she might love just a tiny bit more than her other film-children this festival, due largely to the ability to pay the actors and crew, thanks to the $7,500 in IndieGrant funds the project received. “Do you know how big that was? To be able to pay our actors?”Hocking asks.

In spite of a rapidly expanding filmography, Hocking has her sights set on the Memphis horizon and the future of Bluff City filmmaking. When people ask if she ever would consider moving to L.A., Hocking’s answer is a flat no.“Why would I want to move to L.A.? Here, I can make a difference,” Hocking notes. “It’s here that I have artistic freedom that isn’t usually given to you by way of a big studio.”

With a location of choice and the support of a close-knit film community, Hocking is poised to continue her constant self-challenge to try all things new in the world of filmmaking. And because her personal belief is to never cease trying new things, we are likely in store for watching a filmmaker whose list of works will continue to push norms. “After all,” Hocking added, “If you’re not learning, you’re dying.”