February 24, 2017
2 comments
It’s finally here! Sun Records the CMT series formerly known as Million Dollar Quartet, was filmed here in Memphis last summer. Like everyone in the city, the crowd at the official red carpet premiere at the Paradiso was eager to see the results. Local cast and crew, as well as a smattering of political dignitaries, munched hot dogs and heavy hors d'oeuvres, swarming the table for slices of cake during the commercial breaks. The mood was jubilant and, by the time the closing credits rolled, satisfied with the first of eight episodes retelling the story of the birth of rock and roll.

The opening image of S1:E1 is instantly familiar for Midtowners—an exterior shot of one of the 50s era apartment complexes that dot the Parkways, standing in for Lauderdale Courts. We meet The Man Who Will Be King (Drake Milligan) as a shy teenager strumming his guitar in the breezeway, talking to his mother Gladys (Walking Dead vet Ann Mahoney) through the open door. Vernon (Joe Crest, most recently of Stranger Things), just wants his progeny to get a haircut and be a man. After Gladys calls him out on his drinking, Vernon storms out, leaving Elvis to sing “Are You Lonesome Tonight” in an angelic voice to his mom.

Elvis’ prodigious vocal gifts being ignored is a recurring theme in this episode, as is Presley’s penchant for crossing racial lines, which both enriches his musical and spiritual side and makes him even more of an outcast than the poor Mississippi boy already is. His music at first endures him to Trixie (AlexAnn Hopkins), and then, when her parents see him out front of a black church on Sunday morning, it alienates her.
Milligan, who has only ever played Elvis on screen—having being cast for the part on the strength of his performance in the 2014 short film “Nobody”—is the most promising characterization in the series. This is excellent news for the future of the series.

Arguably, the main character of Sun Records is Sam Phillips, played by Chad Michael Murray, a North Carolina actor who got his start on Gilmore Girls. This first episode introduces Sam and his wife Becky (Jennifer Holland) as Sam drags her to see Dewey Phillips (Keir O’Donnell) doing a live broadcast from a 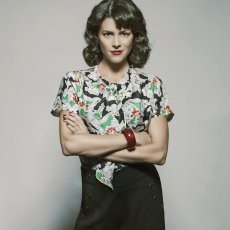 juke joint. Sam is trying to stand up his Memphis Recording Service with the help of Marion Keisker (Margaret Anne Florence) in time for a first recording session with the Skunk Mountain Boys, an Arkansas hillbilly combo clearly ripped off from O Brother! Where Art Thou?. Unlike the doubting Becky, Marion shares Sam’s vision, and by the end of the episode, an affair breaks out in the claustrophobic confines of 706 Union Ave.

Murray looks the part of Sam Phillips more than Milligan looks like Elvis, but his performance in the initial episode is shakier. It’s hard to portray people like Sam Phillips, who was larger than life in real life, without tipping over into cartoon character territory, and Murray occasionally seems like he’s doing a Hunter S. Thompson imitation. But I did leave episode one encouraged by Murray’s serious commitment to the role.

Less encouraging is Sun Records’ handling of Johnny Cash. Arguably the most fascinating real life character in the Million Dollar Quartet, Cash is played by Kevin Fonteyene, who neither looks the part nor shows the ability conjure The Man In Black’s sad-eyed gravitas in the initial episode. Admittedly, Fonteyene starts with a disadvantage of following up Joaquin Phoenix’s star-making turn in Walk The Line (a film which just gets better with each passing year), but the writers are doing him no favors, introducing him long after the life-derailing death of his older brother, opting instead to give him a cornpone monologue at his brother’s grave site that is clearly just a prop in an Arkansas field. Maybe it will improve when Cash joins the Air Force, but right now what should be the most fascinating subplot seems like an afterthought. 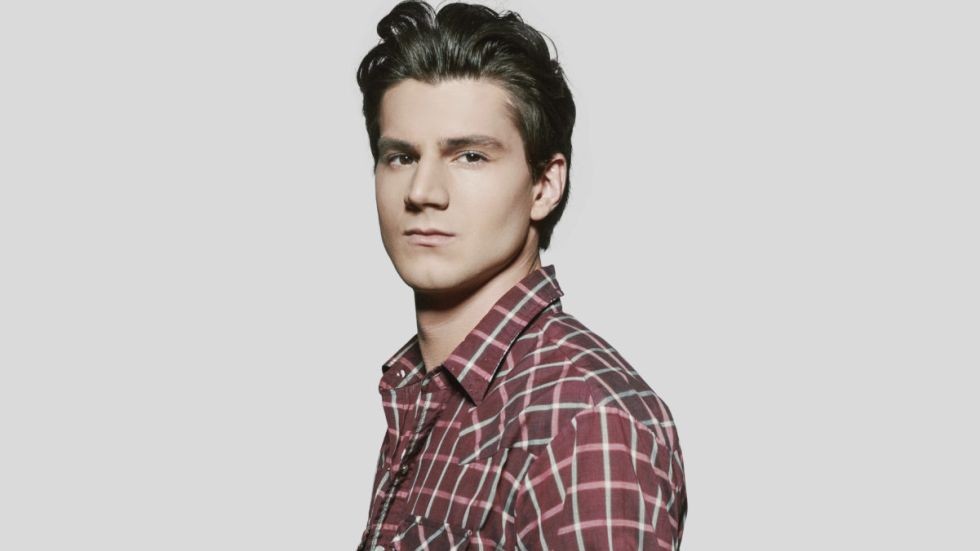 The forth major player introduced is Col. Tom Parker, played by comedian Billy Gardell. In no uncertain terms, Col. Tom is drawn as a shyster, as his “dancing ducks” act at a county fair is revealed to be a big scam, angering the local hayseeds so much that is is only saved from a riot by the swift intervention of Eddy Arnold (Trevor Donovan). 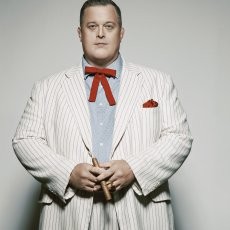 Parker’s promotional antics for Arnold echo John Landis’ comedy scenes from The Blues Brothers, illustrating a go-to strategy by director Roland Joffé. There’s a lot of history to be covered in a short time, and the production needs to find shortcuts to get the information in the mind of the audience without sacrificing time better spent on character beats. Gardell’s performance is the most assured and confident in the show, which also bodes well for the future of the series as Parker’s dark side emerges more fully.

The brightest spot in the first episode is Memphis itself. The city looks great, and the mix of studio and location shooting is flawless. The lighting, set design, and art direction are as good as anything currently on television that’s not called Game Of Thrones. Memphis audiences will enjoy looking for easter eggs and critiquing the jumps of logic and landscape. In one particularly hilarious (to me, anyway) moment, a geography challenged Elvis forgets the Mississippi river runs North/South instead of East/West. But those quibbles will mean nothing outside our borders, while the potential for introducing new audiences to the richness of Memphis music history is vast. With the first episode, Sun Records is off to a promising, if imperfect, start.