As Game Of Thrones Builds To An Epic Finale, What Has Been Lost Along The Way?

August 25, 2017
comment
Game of Thrones' transition into sloppy blockbuster storytelling somehow feels exactly right: What better way to subvert expectations than to undermine its own fame for smart narrative? The lack of attention to detail in its scripts grows, but the community has already been made: this is the bread and butter of millions. As with Westerosi religions, you do not need anything meaningful at the center to worship.

If you are unfamiliar, the series' plot and title itself are a wonderful shorthand for how humanity misuses its collective resources, for both the medieval and modern idea that those adept at becoming rich attain power then maintain and bequeath it, abandoning the common good in its stead. They ignore threats like global warming, inaccessible health care, dragon riding invaders, or ice zombies. The series is on its second-to-last shortened season and has become a worldwide phenomenon. It itself has become rich, and like all things with money attached, there is an enormous pressure to make more of itself.

As an acolyte, I am snobbish towards those who treat the series like football—and this sometimes extends to its makers. I'll be lured back with the next bit of spectacle, then the process will repeat. The show has always been escapist fantasy tinged with a wonderful amount of dread about the human condition, and our aforementioned inability to deal with possible collective doom, be the system feudal or democratic. Episodes like this season's penultimate "Beyond the Wall," dispense with all that in a flurry of plot that doesn't hold up to even the minor inspection of one viewing.

In that episode, our heroes head north into the Land of Always Winter to capture a ice zombie and bring it back to Queen Cersei as proof of the existential threat posed by the Night King and his White Walkers. There, they do action movie things until a final, beautiful sequence involving a dragon's death. Because the setup makes no sense (Queen Cersei already has a zombie on her staff. The Wall is supposed to block all White Walkers. No one objects to a plan that means certain death to Jon Snow, the King of the North.) and the rules of time and space break down to facilitate a series of dei ex machina, the episode has become a bit of a rallying cry online. It is at least among the regular viewing and reading that I, like a sports fan, use to ritually wash down each episode. (For starters I recommend the Israeli college professors GoT Academy and the smoothly voiced conspiracy theorist Preston Jacobs.) It has united fans of the novel who are unable to get over expectations for complicated storytelling with those who just need character motivation to make slightly more sense.

The show has been rudderless for awhile now. Without George R.R. Martin's books as base, complex story has faded. Now, our heroes’ whim-based decisions are cogs in plot machinery, and most of the artistry has shifted to wonderfully realized action setpieces. But still, these climactic moments are better than most cinematic epics.

There are worse fates. The show has done its homework for years, studiously adapting the books internecine politics, and now in its dotage it can abandon them and devolve into an action movie battle of unabashed good and evil.

Game of Thrones will probably stick its landing with aplomb, considering how excellent it is at climaxes. But its very success lessens its impact a little bit. A show like Deadwood, cancelled in its prime, has the forever-young quality of James Dean or Marilyn Monroe: its characters are forever caught in a cliffhanger in which evil capitalist George Hearst dominates and controls them, and it comes across like an ugly truth. Martin has said the ending to his books, which will be spoiled before they ever come, will be “bittersweet.” To match that, the show needs to err, as it did in its start, on the side of displeasing its viewers. 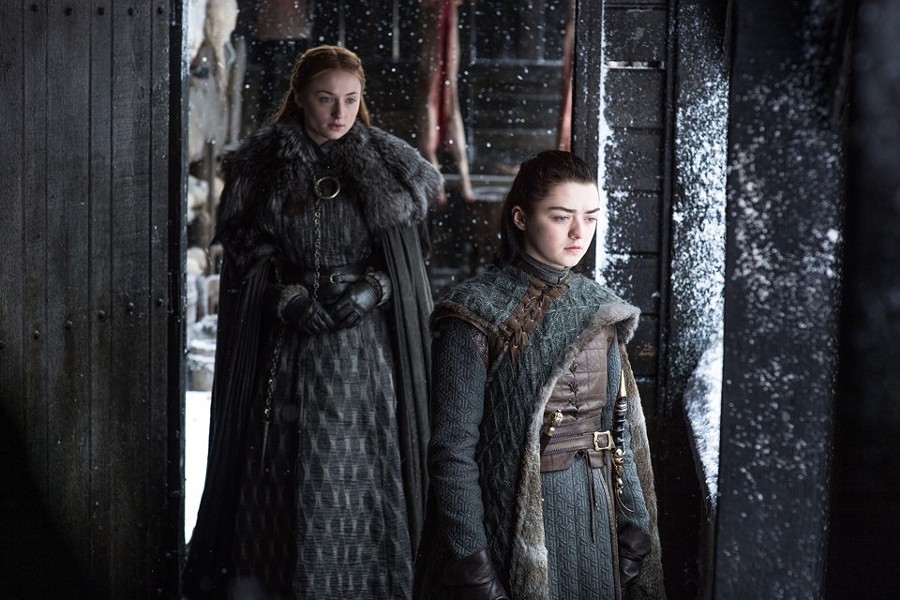 Both book and show's emphasis on royals ruling nations while detouring to highlight the problems of serfs doesn't quite sell the sadness of real history. We are handed quite a lot of information about a select few and their wars and reigns, but less information about the commoners with whom we share an affinity. The everyday life of most is lost to time while the wealthy's every wart is recorded and propagandized. Martin did recently allegorize the anti-feudal 1381 Peasant's Revolt (in his prequel The Princess and The Queen) which in real life birthed the wonderful phrase, "When Adam delved and Eve span, who was then the gentleman?" Spoiler: the nobility killed the peasants.