November 03, 2017
comment
“I had reached the end of my line in the style I had been working in, this kind of hyper-naturalism—movies like the Open Five series and Team Picture,” says director Kentucker Audley. “You know, all my talky Memphis movies. I decided to do something completely different.” 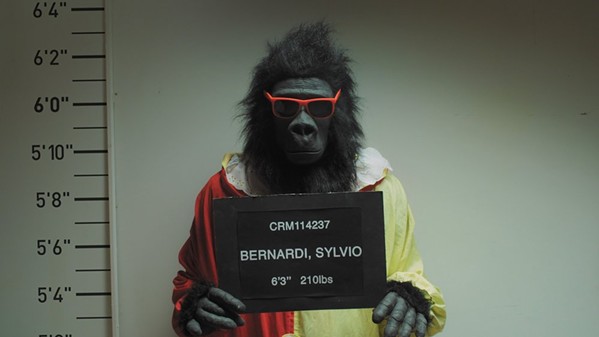 Audley, who currently resides in Brooklyn, decided to take a left turn into comedy with co-director Albert Birney. “You know how it happens…you meet on the film festival circuit and you try to cook up something together. You find people you like who you share a passion with. He had been developing this character on the social media platform Vine, and had gotten a really big following there. I was a big fan of the videos, and a big fan of Albert’s, so we decided to do it.”

Birney created the character Sylvio, a stoic gorilla trying to make it in a human world, in eight second videos on Vine. Audley wrote a feature film to expand the character’s depth. But while the project was still in production, Twitter bought Vine and unexpectedly shut it down. “Don’t get me started,” says Audley. “It was frustrating. To me, Twitter is pretty much the devil, but Vine is a form of creative expression that people were using creatively. There was a real community of people there. It felt sort of cruel to take that away from people who had been using it and developing an audience. I guess its a symbol for the way this whole American capitalist system is going.”

Since Sylvio hit the festival circuit earlier this year, it has drawn laugh and acclaim. “I thought we were going to make a movie for the fans. I thought it was an experimental, strange movie that not a lot of people could get into. But I’ve been very surprised that it has been recieved very well. Critically, we’re thrilled. The audience response is very touching. People are touched by the plight of the gorilla. That was our main goal. To try to communicate something about humanity, something we all feel, but using a stoic, silent gorilla to speak truth to humanity and the plight of trying to express yourself. I hope we accomplished it.”

Audley says he’s excited to return to Memphis where he got his start in filmmaking. “I always love coming back for the festival. It’s always been very supportive. Those are my people. I still consider myself a Memphian. I have a lot of friends down there, and I feel a part of the community and its growth. I’m rooting for Memphis.”

Sylvio screens on Saturday, November 4 at Circuit Playhouse. For tickets and more information, go to the Indie Memphis web site.