November 07, 2017
comment
In Thom Pain, the film which opened the 2017 Indie Memphis Film Festival last Wednesday, Rainn Wilson repeatedly teases the audience with the prospect of a raffle for valuable prizes, but never delivers. On Monday, after more than 200 film screenings at the Halloran Centre, Studio on the Square, Hattiloo Theater, Circuit Playhouse, Playhouse on the Square, and the Malco Ridgeway Cinema Grill, the closing night Memphis Grizzlies Grizz Grant screening finally delivered on the promise of a raffle.

Indie Memphis' Executive Director Ryan Watt says that the twentieth anniversary festival set a record for attendance by attracting more than 12,000 filmgoers during the past week. A program of encore screenings, technically still part of the festival, at the Malco Collierville Towne Cinema this weekend will push that number even higher. 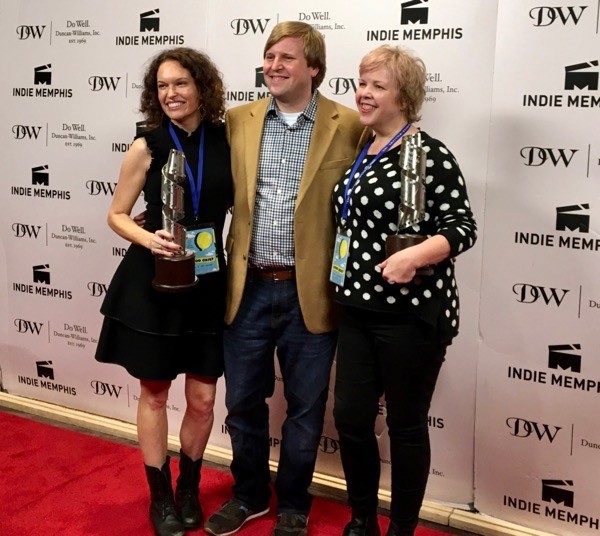 At the Audience Awards, presented at the closing night reception, the Memphis-made documentary Good Grief completed a rare sweep of Hometowner feature awards. The film, directed by Melissa Anderson Sweazy and Laura Jean Hocking, was previously awarded Best Hometowner Feature on Saturday night at a raucous awards ceremony at Circuit Playhouse, as well as the Audience Choice for the Poster Contest. Previous films that have won both audience and jury awards include Phoebe Driscoll's Pharaohs Of Memphis in 2014 and G.B. Shannon's "Fresh Skweezed" in 2011. The record for most prizes won at Indie Memphis by a single film belongs to Morgan Jon Fox's OMG/HAHAHA, which won five trophies in 2009.

The other big winner to emerge from this year's festival is Matteo Servente. The Memphis director won two short film prizes for two different short films: "An Accidental Drowning" won the MLK 50 prize for Civil Rights-related films, and "We Go On" won the Hometowner Short Film competition. "We Go On", with a screenplay by Memphis writer and Burke's Books owner Corey Mesler, had previously won top honors at the Memphis Film Prize. Servente who came to Memphis from Italy ten years ago, dedicated his wins to the cause of immigrant's rights, saying "This is what happens when you don't build that wall!" 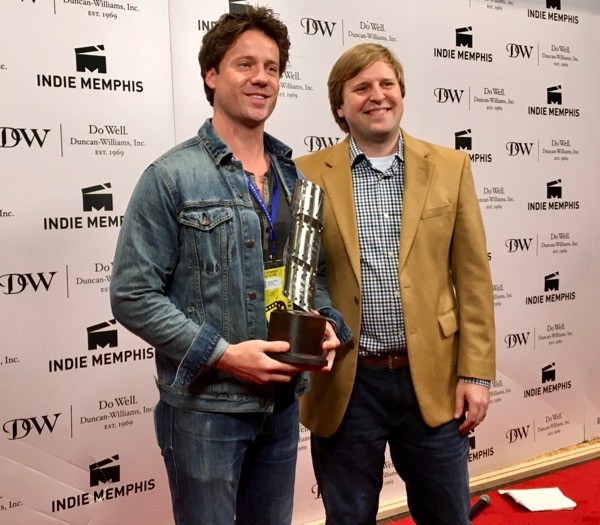 Good Grief and the award-winning short films will be on the program this Saturday at the Malco Collierville Towne Cinema. For more information visit the Indie Memphis website.