A Wrinkle In Time

March 10, 2018
comment
In situations such as we find ourselves in now, I like to remind readers of Alfred Hitchcock’s attitude towards literary adaptations. When asked by Francois Truffaut if he would ever make a movie of a great novel such as Crime and Punishment, he said no. “In Dostoevsky’s novel there are many, many words, and all of them have a function.”

A great book does more than just tell a story. The writer’s use of language itself is a part of the magic. Having the voice of the author whispering in your head is an entirely different experience than sitting in a theater watching a moving image with an audience. What works very well in one medium will not be as effective when translated into another medium. The best books for adaptations are tightly edited page turners with strong stories. Hitchcock’s observation is boiled down to the dictum “Mediocre books make the best movies.” 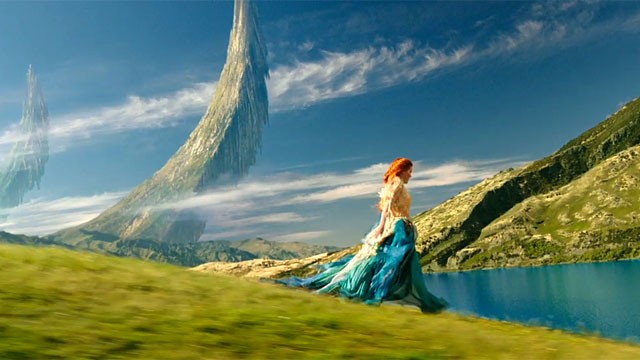 A Wrinkle In Time is not a mediocre book. Therein lies the problem with the Disney-produced, Ava DuVernay-directed screen adaptation.

A Wrinkle In Time was a Harry Potter-sized literary sensation when it was first published in 1962. Author Madeline L’Engle drew on her own experiences as an awkward late bloomer to create Meg Murry, the thirteen year old protagonist. Meg begins the novel in the midst of a hurricane of sadness and self doubt that seems to have become an actual hurricane outside the cozy old house where she lives with her brother Charles Wallace and her scientist mother. Her father has been missing for four years, which is the source of much of her angst. The neighbors and the kids at school gossip that he was a deadbeat who ran out on his young family, but, given that he was a rouge NASA scientist who was studying higher dimensional physics, the Murry family hopes that he went somewhere more otherworldly, and might one day return. 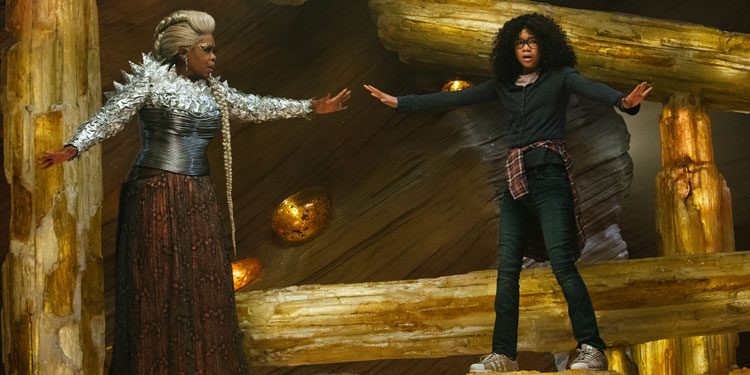 DuVernay’s casting instincts are good. Storm Reid plays Meg with a confidence that belies her age. The otherworldly trio of Mrs. Whatsit (Reese Witherspoon), Mrs. Who (Mindy Kaling), and Mrs. Which (Oprah Winfrey) , proto-Time Lord, alien/angel hybrids who travel the cosmos by folding space with their minds, are all spot in. But much of their work in this visually dense film was done in solitude against green screens, and it shows. The same goes for former Peter Pan, Levi Miller, who plays Meg’s companion Calvin, and Deric McCabe who plays Charles Wallace. Faring much better is Zach Galifanakis as The Happy Medium, the oracle the children consult on their search for their missing father, who is played by the ever versatile Chris Pine. The Medium’s world of precariously balanced crystals is one of several compelling visual moments DuVernay and her crew conjure, but the film is so disjointed that it cannot sustain any momentum for long.

L’Engle’s prose is masterfully compact and often lyrical. She never talks down to her young audience, but uses the limitations of the children’s book to her advantage. But the novel is very much of its time. She was a devout Christian with the education to understand cutting edge science; one way to look at A Wrinkle In Time is as her attempt to reconcile the revelations of cosmology and quantum mechanics with old fashioned American transcendentalism. Her philosophy and imagery were absorbed by the kids of the early sixties, resurfaced when those kids got psychedelicized after the Summer of Love, and later incorporated into New Age mysticism. Her descriptions of the rolling, otherworldly fields of the planet Uriel are rewards themselves. But when they’re rendered as Disney-fied CGI, and characters just stand there and look at them, they’re not so interesting. 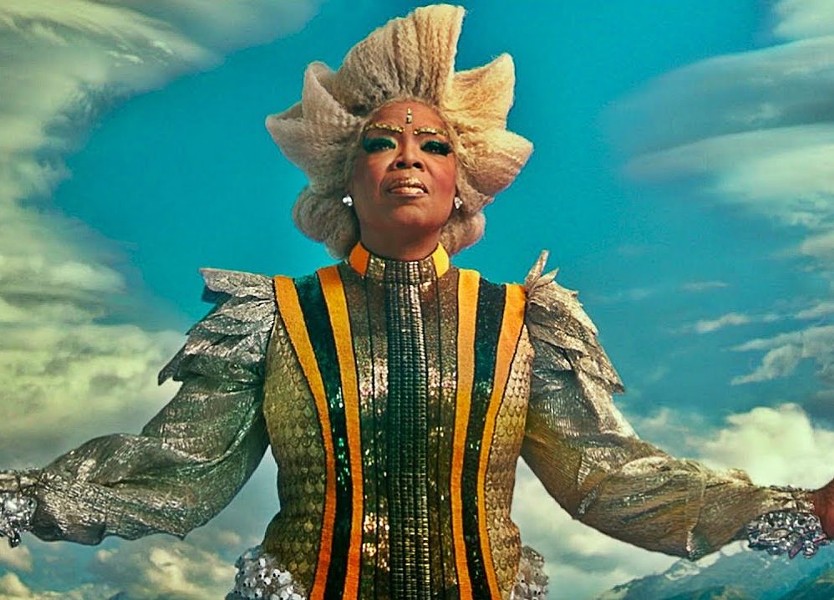 The root of her vision of evil is the false happiness of enforced conformity, and that’s not a can of worms the capitalist Disney corporation wants to open. L’Engle’s strength is the internal struggles of her young characters, but that’s not something that translates well to the screen, which is all about external appearances. Instead, L’Engle’s admonitions to embrace your weirdness are reduced to forced whimsey.  While I have no doubt the message is needed by America’s young women of color, there’s only so much empowering affirmation you can take in one sitting, even when it’s coming from a 30-foot Mega Oprah. A Wrinkle In Time was long thought to be unfilmable, and this version suggests that conventional wisdom was right.