This Week At The Cinema: Sordid Lives and Reefer Madness!

June 26, 2018
comment
It's gonna be stupid hot outside this week, so cool off with one of the many special film events hitting big screens in the 901. 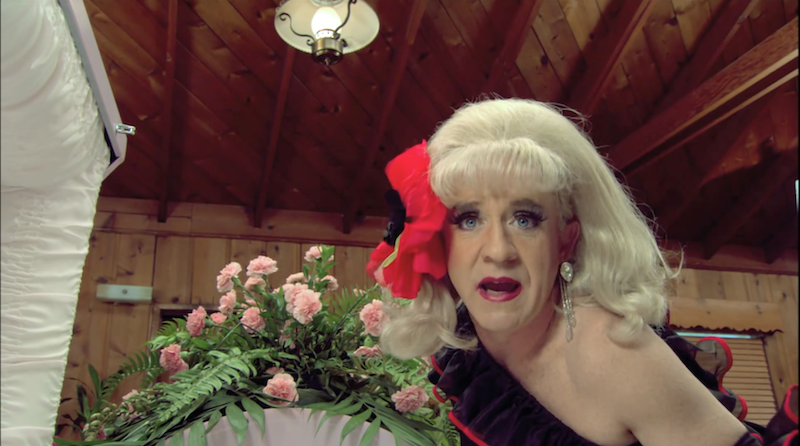 Tonight, Tuesday, June 26th at Studio on the Square, Indie Memphis presents The King, a documentary by two-time Sundance winner Eugene Jarecki. The filmmaker takes Elvis' Rolls Royce on an epic road trip through America, seeing sites and interviewing guests from Presley biographer Peter Guralnick to Chuck D. This one's a don't-miss. Tickets are available on the Indie Memphis website.


On Wednesday, June 27th, the Malco Kids Summer Film Fest presents the 1998 Dreamworks animated musical The Prince of Egypt at the Paradiso and various other theaters all over their network.


That night (Wednesday), the final film of the Outflix Summer Series screens at Studio on the Square. Sordid Lives is a cult-classic, LBGTQ comedy of the culture clash that comes when the matriarch of a small-town Texas family unexpectedly dies in the midst of a tryst with a much younger man. This 2000 film by playwright turned filmmaker Del Shores stars Olivia Newton John and Delta Burke, and later spawned a TV series.

Here's just one example from hip hop mogul and Memphis Flyer's current cover model IMAKEMADBEATS. This animated extravaganza was #2 on our list of Best Memphis Music Videos of 2017.


Then, on Friday and Saturday, June 29th and 30th, a new screening series debuts. Curated by Memphis' own master of psycho-tronic madness, Mike McCarthy, Midnight At The Studio sets the tone for late-night, cinematic mischief with the accidental 1936 classic Reefer Madness. As the laugh-a-minute trailer so seriously intones, "see this important film now, before it's too late."


See you at the cinema!