Let's Do The Time Warp Drive-In With John Waters 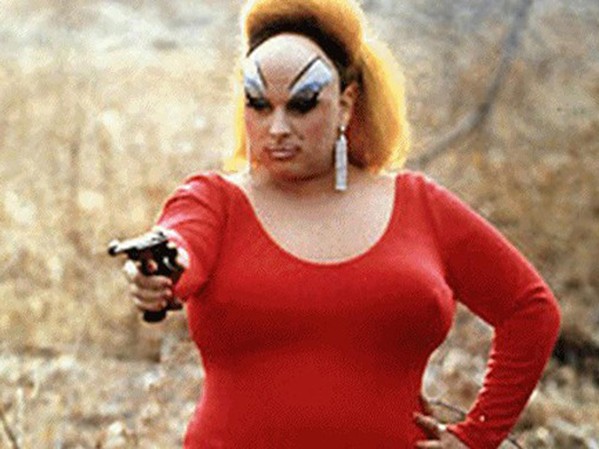 The first film of the evening is Water's underrated 2000 romp Cecil B. Demented. Honey Whitlock (Melanie Griffith) is a movie star who is kidnapped by the Sprocketholes, a group of "kamakazie filmmakers" including Maggie Gyllenhaal, Mike Shannon, Alicia Witt, and Stephen Dorff as the titular demented director.


Next is an early Johnny Depp vehicle, Cry-Baby. It's about as fifties rock and roll, juvenile delinquent, bobby sox-y as you can get, daddy-o!


Then, at midnight, the infamous Pink Flamingos. This is the movie that made Waters internationally infamous for leading lady Divine's...shockingly inappropriate dietary choices. Here's just a taste of the drag legend's take-no-prisoners performance, where she calls in the press to watch as she gets her kill on. Don't watch this is if you're at work or around decent human beings.


I have never seen the final film of the evening, Waters and Divine's followup to their breakthrough semi-hit, Female Trouble. But I have to say that this is one of the most kick ass trailers I have ever seen.


The show starts Saturday night at sundown at the Malco Summer Drive-In.