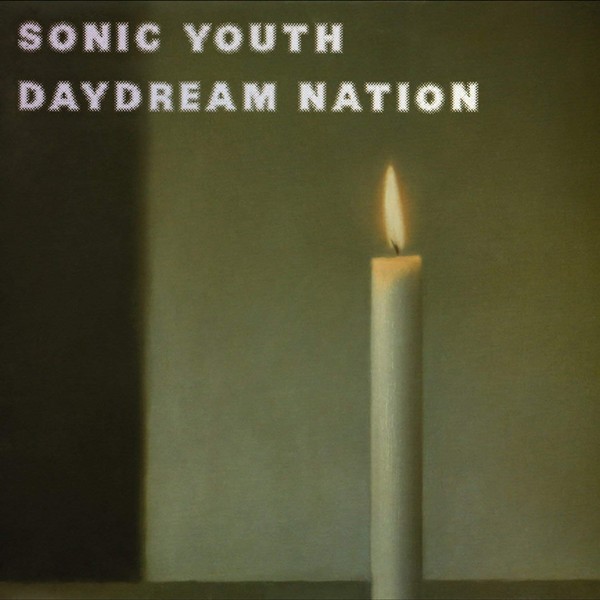 In October, 1988, a message arrived from another sonic universe. Daydream Nation was a double album that sounded like a communique from beyond, but was actually from New York underground rockers Sonic Youth.

Formed in 1981 by Thurston Moore and Kim Gordon, who emerged from the remnants of the post-punk No Wave scene, and Lee Ranaldo, a member of Glen Branca’s experimental guitar orchestra, Sonic Youth sounded like nothing else in popular (or even not so popular) music.

Daydream Nation, their fifth album, captured them in the midst of a creative breakthrough. The wailing curtains of noise that filled EVOL and Sister parted to reveal jagged shards of punk, as well as the occasional hippie-jam touch. The organic push and pull of “Teen Age Riot” landed like a spring rain in a year when the pop charts were dominated by Poison and Milli Vanilli, and “We Didn’t Start The Fire." “Trilogy,” which closes the album, is the connective tissue between “Stairway to Heaven” and “Paranoid Android."

Sonic Youth drummer Steve Shelly says, “These days, everybody’s got an opinion, and everybody’s putting it online. When we said we were doing something with Daydream, we got people saying ‘I liked Dirty better.’

"But yes, Daydream has a really interesting resonance with its audience. The stereotypes with musicians is that these albums are like children, and we love each one of them. That’s true to some degree. I have a fondness for Daydream Nation, but I have a fondness for EVOL, which was the first record I did with the group.”

In 2007, two years after Daydream Nation was inducted into the Library of Congress’ National Recording Registry of historically significant cultural works, the band was asked to perform the album for the Don’t Look Back concert series.

“I think we did it 20 times that year," says Shelly. “Most of them were at festivals, like Primavera and Pitchfork. But the concert Lance [Bangs] filmed was at one of the few indoor theater shows we did. It’s a little bit more intimate.”

To celebrate the 30th anniversary of the album, the band scoured their archives for rare footage.

“We’d been playing around in this archive, and we had all this stuff that hadn’t come out on DVD, or on YouTube," Shelly says. "We thought it would be fun to show this stuff in theaters, so people could come together communally. The program has been kind of evolving as we go along, to contain pieces of film that we like from different eras. It is a bit of a cinematic mixtape.”

Shelly and the Sonic Youth video roadshow will be stopping at Crosstown Arts new theater this Friday, Jan. 11th.

“It’s excerpts from several films that we’re going to be showing at Crosstown Arts,” Shelly says.

Bangs’ documentary of the 2007 show in Glasgow, Scotland will anchor the program.

“We’re going to show some vintage Sonic Youth video from when Daydream was actually released," Shelley says. "Then, we’re showing a portion of a documentary called ‘Blood in the Music’ that was filmed around the time of Daydream Nation, that shows the band during that time.”

Shelly stayed in Memphis in 1995 during the recording of Washing Machine, which was tracked at Easley McCain Studios. While here, he and the band got acquainted with Respect Yourself and Best of Enemies author and filmmaker Robert Gordon, who will moderate the discussion.

“We’re really happy that Robert Gordon will be with us there on Friday,” Shelly says.

The ‘cinematic mixtape” has been a hit since its debut in October. Shelly says the next stop is a European tour.