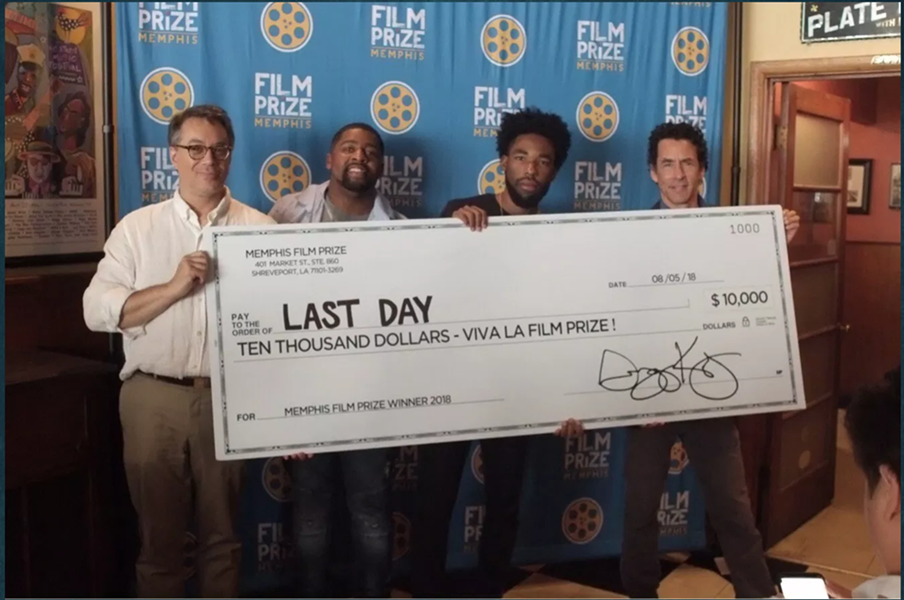 The fourth annual Memphis Film Prize will call for entries at a gala kickoff party at The Cove on Thursday, February 7th at 6:30 PM.

“We are gearing up for another huge year,” said David Merrill, Memphis Film Prize Filmmaker liaison. “Our goal is to continue to grow independent filmmaking in Memphis and create an indigenous film capital in our city.”

Begun as an offshoot of the Louisiana Film Prize, the festival offers a unique competitive structure. Filmmakers are required to register their films in advance, and Film Prize officials sometimes show up on competitor's sets. The entries, which usually range from 40 to 60 short films, are winnowed down to 10 films, which are shown at the two-day event and voted on by festival-goers. The winning short film receives $10,000. Past winners have included McGhee Monteith's "He Could Have Gone Pro," Matteo Servente's "We Go On," and Kevin Brooks' "Last Day." The 2018 edition of the festival set records for attendance, doubling the audience from 2017.

“Last year, Film Prize was elevated to a new level by the talents of the filmmakers,” said
Gregory Kallenberg, Executive Director of the Prize Foundation. “The local community has been key in making all of the filmmakers and the festival successful, and we want everyone to celebrate that success and kick off a new and glorious year with us on February 7th.”

You can find more information about the Memphis Film Prize at their website.