Memphis Movies in May Continues With The Firm 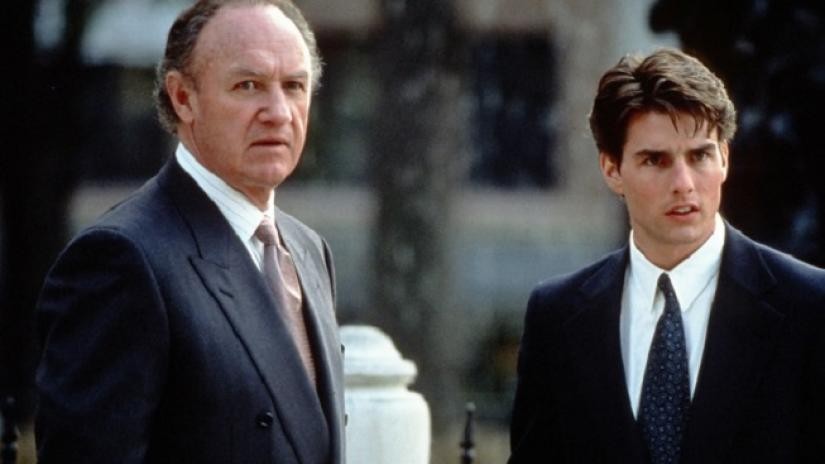 Usually, Memphis in May honors a country like Chile or Sweden, in the spirit of cultural exchange. But this year marks 200 years since the founding of Memphis, so Memphis in May has officially decided to honor Memphis. Every year, Indie Memphis brings films from the honored country to town, and this year, in concert with the Memphis and Shelby County Film and Television Commission, they're presenting a retrospective of films shot in the Bluff City.

Last week, Craig Brewer's hip-hop classic Hustle & Flow screened to a big crowd at the Paradiso. It was most of the world's first look at how Memphis sees ourselves in the 21st century. This Wednesday, Indie Memphis brings The Firm to the Paradiso — the first look a mass audience got of the city since Elvis.

The story of the film begins with a legal thriller by John Grisham, a Memphis lawyer turned Mississippi legislator who pursued an unlikely dream of being a novelist. His first book, A Time To Kill, was a minor hit, but nothing compared to The Firm, a bestseller which earned him a huge movie deal. Directed by Sydney Pollack, the film adaptation starred Tom Cruise as Mitch McDeere, a Harvard Law graduate who gets a job offer from a prestigious law firm in Memphis. After convincing his wife Abby (Jeanne Tripplehorn) to move to the city they know nothing about, he is taken under the wing of Avery Tolar (Gene Hackman), a partner at the firm of Bendini, Lambert & Locke. What happens next is like Training Day, only with lawyers instead of cops.

Producer Michael Hausman, who helped shepherd Amadeus and Silkwood in the 1980s, was instrumental in getting this film in Memphis in 1992, and would go on to bring The People vs. Larry Flynt production here a few years later. He would later go on to work with Ang Lee on Brokeback Mountain.

The Firm's plotting is solid, and if it feels a little cliched now, it's mostly because the hugely successful film been copied by TV shows for years. But for Memphis audiences, it's not a series of unfortunate haircuts and just the origin of the "Tom Cruise Running" trope that's interesting about the film. It's now a scrapbook of what the city looked like in the 1990s. For many, it was the first time anyone knew we had a monorail here. (You did know we had a monorail here, right?)

The Firm will screen on Wednesday, May 8th at 7 p.m. at the Malco Paradiso Theatre. You can get your tickets here at the Indie Memphis website.