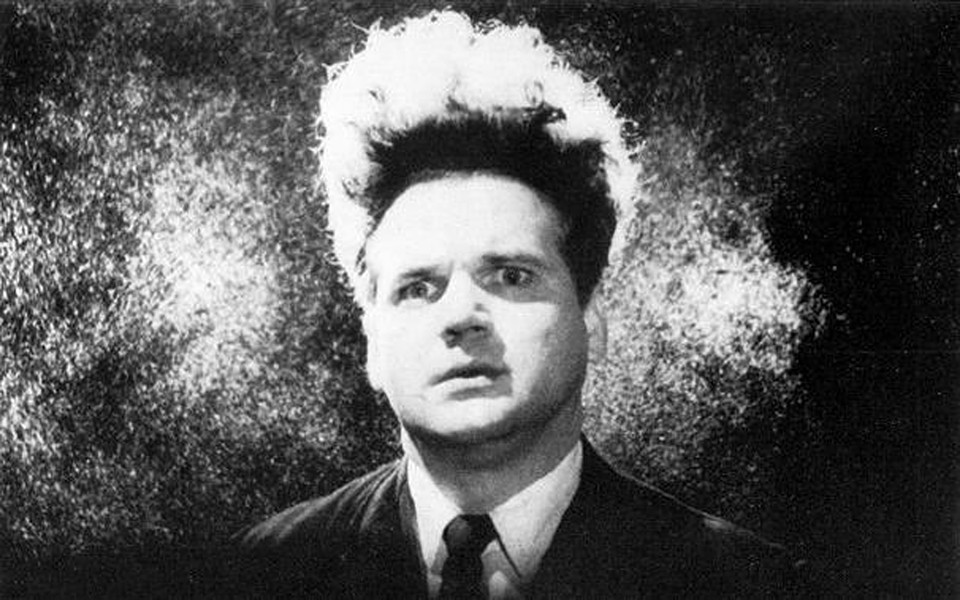 So here's the thing about David Lynch: He's weird.

Some people look at Lynch's work, like Twin Peaks or Lost Highway, and say, "He's just doing a bunch of random stuff. Anyone could do that!"

And those people are wrong. Lynch's imagery isn't random. It comes from deep inside a person deeply devoted to Trancendental Meditation, who has spent a lifetime cultivating and exploring the mysteries of the subconscious. Does he always know exactly how the images he creates fit together to create a whole? Probably not. But he knows that they DO fit together, somehow. Lynch's films are the closest we get to a pure expression of dream logic in the waking world.

His first film, made in the early 1970s while he was living in a converted stable at the American Film Institute, was called Eraserhead. The plot, such as it is, concerns a man named Henry Spencer (Jack Nance, who would go on to play Pete Martell in Twin Peaks) who finds himself a father to a baby that is either grossly deformed or an alien. Or possibly a demon. Or possibly the embodiment of all the guilt, shame, and awfulness buried in the subconscious of this not very ordinary man who just happens to have David Lynch's signature haircut.

Like I said, it's weird. It's probably the weirdest film preserved by the Library of Congress in the National Film Registry as culturally significant. And it makes no apologies for being weird. It's really best to just sit back and let the images flow over you, then talk about them to your therapist later.

You have the rare opportunity to watch Eraserhead on the big screen tonight, August 29th, at Crosstown Theater. It's a bargain at $5 for one of the most insane (or possibly sane on another level) films ever made.