Indie Memphis’ Youth Film Fest has been the film organization’s most successful new recent addition. It has taken the festival’s mission of developing Memphis talent to its logical conclusion: Start early, and give the kids tools to succeed.

This year’s festival takes place this Saturday, September 7th, at the Orpheum Theater’s Halloran Center. Youth festers will be greeted by keynote speaker Caitlin McGee. The actress, who has appeared in Halt and Catch Fire and The Marvelous Mrs. Maisel, is the star of the NBC series Bluff City Law, currently filming in Memphis, which will premiere September 23rd. 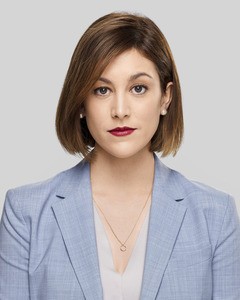 The day of workshops will include a seminar on music videos by Unapologetic Records’ IMAKEMADBEATS, a screen-acting workshop by Rosalyn R. Ross (who recently landed her own role in Bluff City Law), Matteo Servante and Ryan Earl Parker speaking on the synergy between director and cinematographer, and Mica Jordan on production design. Jamey Hatley, Indie Memphis’ first Black Filmmaker Screenwriting Fellow, will teach writing for the screen.

Screenings begin in the afternoon with a program from the CrewUp Mentorship program. Teams of three students from grades 7-12, paired with an adult filmmaker-mentor, created these nine films on offer. A lineup of short films from students outside the Memphis area bows at 2:30 p.m. Eleven films from Memphis filmmakers screening out of juried competition roll at 3:45 p.m., with admission on a pay-what-you-can basis. Finally, at 6:15 p.m., the competition screening will pit 19 young filmmakers from Germantown, Whitehaven, Hutchison, Arlington, Millington, White Station, St. Benedict, Ridgeway, and the homeschooled. The winner will receive $500 cash and a $5,000 production package from Via Productions.

The festival is free for kids, but the competition screening is $10 for the general audience. You can find more information and purchase your tickets at the Indie Memphis website.