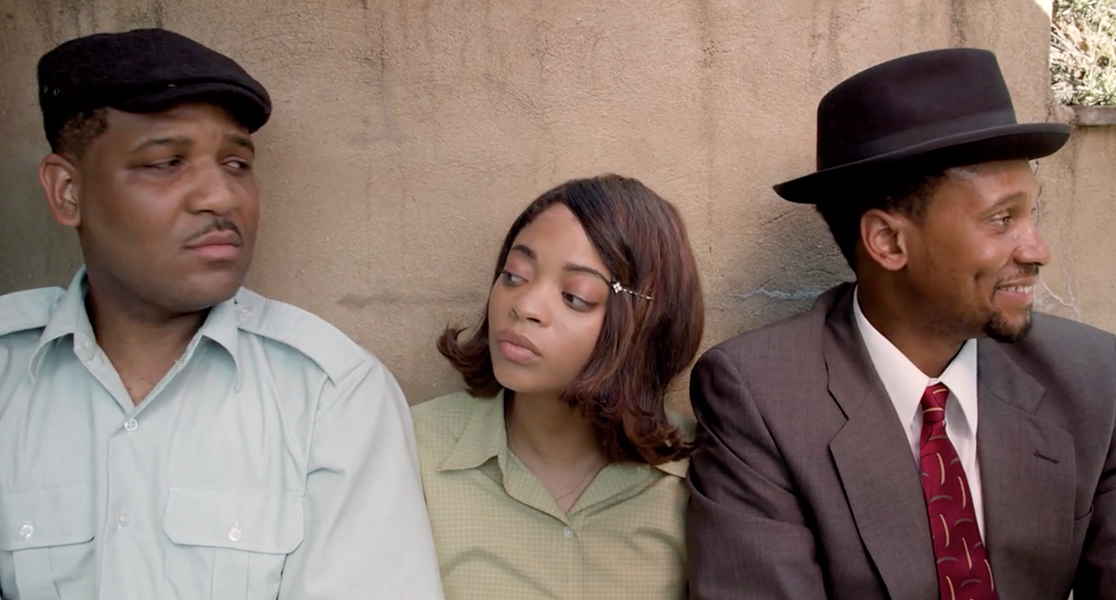 My advice to people who are first-time film festival goers is always the same: Go to a short-film program. The movies you will see at a film festival are different from what you normally see in a theater or on your favorite streaming service. That’s the point. For the audience, film festivals are communal events dedicated to discovery. But not every film is for everyone. That is also the point. For filmmakers, film festivals are about finding your audience. It’s a two-way street. The big advantage of a shorts program is that, if you see something you don’t like, it will be over soon, and you’ll get to see something different that you might like better.

That probably won’t be the case with Indie Memphis’ opening night at Crosstown Theater. After the opener, Harriet, is the first of two blocs of the Hometowner Narrative Shorts competition, which has the strongest field in years. The screenplay for the first film “Always Open: The Eureka Hotel” secured writer/director Jamey Hatley the first ever Indie Memphis Black Filmmaker Fellowship for Screenwriting. The Eureka Hotel has five stars on Trip Advisor, but it’s invisible from the outside — unless you have a reservation. The proprietor, Mrs. Landlady (Rosalyn R. Ross) seems to exist out of time, always there to help folks in distress, such as a young woman in trouble (Rheannan Watson) who is being forced to head north by her father (Syderek Watson) and brother (C.W. Robertson).

You think your worries are over once you’ve passed on? Sorry, no. Noah Glenn’s “Life After Death” slayed at this year’s Memphis Film Prize. Written by Glenn and Julia McCloy, shot by Andrew Trent Fleming, the film stars Sean Harrison Jones as a man attending a support group for the legally deceased. The comedy also features rapper A Weirdo From Memphis in his acting debut.

“Now The Sun Asks To Rise” is the latest beautiful and tragic short from writer/director Joshua Cannon. John Sneed and Joy Murphy star as a parents overcome by grief for their daughter. Their sadness touches everything, even the musician father’s love of music. Beautifully shot by Nate Packer and Sam Leathers and deftly edited by Laura Jean Hocking, this one is a real heartstring tugger.

“Tagged” by director Daniel Ferrell was the winner of one of last year’s Indie Grants for narrative shorts. Shi Smith stars as a brash graffiti artist who never saw a blank wall she didn’t want to decorate. On the run from the law and the local gangs patrolling their turf, she just won’t quit until the art is finished. The film features some ace photography from Ryan Earl Parker.

I haven’t seen everything screening at Indie Memphis 2019, but I would be shocked if the best performance by a child actor came from someone other than Kharmyn Aanesah in “The Bee.” Director Alexandria Ashley’s finely tuned film features Aanesah as a young woman named McKenzie who is obsessed with preparing for her school’s upcoming spelling bee. But when a jealous classmate makes a cutting remark, she finds herself suddenly self-conscious about her appearance. This incisive film, which tackles head-on the brains vs. beauty dilemma that society imposes on young woman, is supported by an equally great performance by Chontel Willis as McKinzie’s long-suffering mother.

You can see actor Nathan Ross Murphy in the Hometowner feature Cold Feet. But he’s never been better than in the film he wrote and directed for this year’s festival, “The Indignation of Michael Busby.” He plays the title role, a Walter Mitty-type salaryman who has a secret crush on his co-worker Rose (Rosalyn R. Ross, of course) is dismissed by co-worker Nick (Jacob Wingfeld), and bullied by his boss Tom (Allen C. Gardner from Cold Feet, returning the favor). He escapes into fantasy, but soon reality itself breaks down, and a shift in perspective tells a very different story. Well shot by Eddie Hanratty, it's a strong closer to the night’s program.

Come back to Memphis Flyer.com for continuing coverage of Indie Memphis 2019.