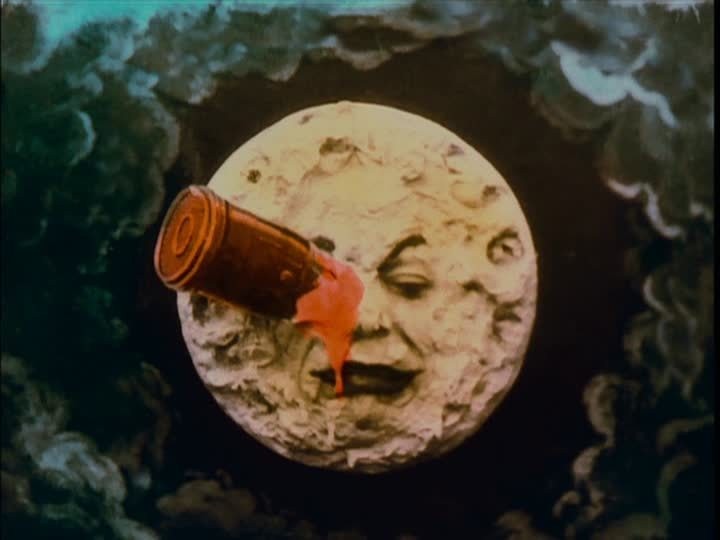 Last October, Crosstown Arts premiered a new screening series where Memphis musicians composed and performed scores for classic silent films. My band 1000 Lights was one of the acts chosen, and we adapted some of our existing material and wrote new songs to accompany Häxan, the silent horror-documentary about witchcraft through the ages. It turned out to be a daunting task that was quite unlike how a rock band usually operates. But it was extremely rewarding, and the audience loved it.

The original series of live scores went so well, Crosstown Arts' Justin Thompson and Courtney Fly have been scheduling more. The first is this Thursday, Jan. 23rd. Alex Greene, the Memphis Flyer's music editor and the current composer-in-residence at Crosstown Arts, will perform a live score to two silent science fiction films. The first is "A Trip to the Moon (Les Voyage dans la Lune)" by pioneering French director Georges Méliès. Made in 1902, it is arguable that "A Trip to the Moon," which borrows heavily from the works of Jules Verne, is the first science-fiction film ever made. Greene says choosing it "was kind of a no-brainer because it’s such a classic. The French group Air did a soundtrack to it, but I have purposefully avoided it. I’ve wanted to score it for a long time. It’s just so whimsical. It was 1902, but it feels Victorian."

It was created years before color film was available, so a limited number of prints of the film were laboriously hand-colored by teams of artists at Méliès' Star Film Company. Many black-and-white prints survived the silent era, but the color version was thought lost until a single, badly damaged copy was recovered in the early twenty-first century. The restored version is beautifully handmade. 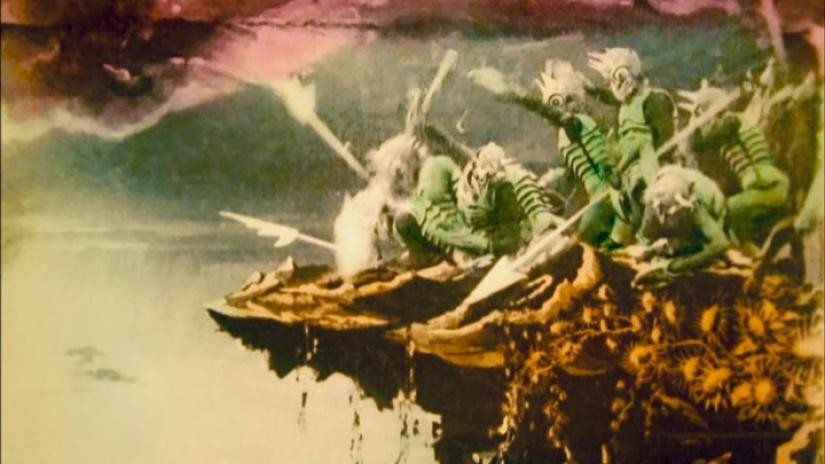 "A Trip to the Moon" is about 15 minutes long, so to round out the program, Greene says he went searching for something that would play well with its surreal imagery. For the second film, “I wanted something more feature-length. I came across Aelita: Queen of Mars almost by accident."

Not to be confused with the 2019 Robert Rodriguez/James Cameron production, Aelita is a 1923 silent film by Russian director Yakov Protazanov. "The set design and costume design is amazing," says Greene. "Especially the kingdom of Mars. It’s a wonderful combination of the glory of the monarchy with the angularity of Soviet Russia. It was before the corruption of the revolution, so it was so full of idealism … We play up the propaganda elements. It makes for good comic relief.” 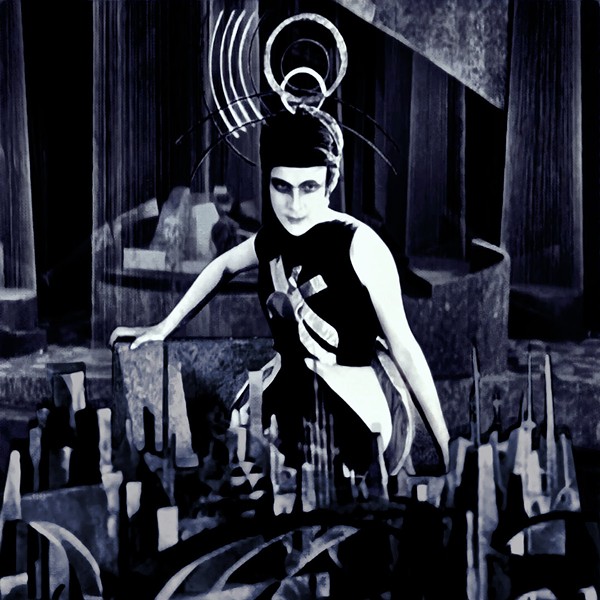 The "we" who will be playing with Greene is what he's excited about. "This is the most amazing part: I’m combining my long-standing jazz band, the Rolling Head Orchestra, with the Blueshift Ensemble, a bunch of the more avant-garde players from the MSO who do Continuum Fest and work with new composers. It’s really stunning — a jazz band with classical intent."

To create his scores, Greene first went back to his archives. “Some of it is stuff I composed years ago, but I had no use for it. It’s amazing, one of the main themes for the Queen of Mars herself just fits everything in the film perfectly. But it was something I recorded while I was farming 10 years ago! It was just a matter of translating that into a score for the classical musicians. But it’s all original, every bit of it.”

Combining the classical and jazz aspects of the show turned out to be the most difficult part of Greene's job. “I thought, oh, this is easy! But then I dug into the details," he says. "It was very difficult to score out everything and get the timing just right. Combining the forces of the jazz players, who are used to getting a chord chart and running with it, and the classical players, who probably could do that, but to make full use of their talents, it’s best to have an actual score. Combining that was harder than I thought. But we’ve had several rehearsals now, and it’s just all amazing.”

Alex Greene and the Rolling Head Orchestra with the Blueshift Ensemble will accompany A Trip to the Moon and Aelita: Queen of Mars on Thursday, Jan 23rd, at 7:30 p.m. at Crosstown Theater. Tickets are $5 at the door.