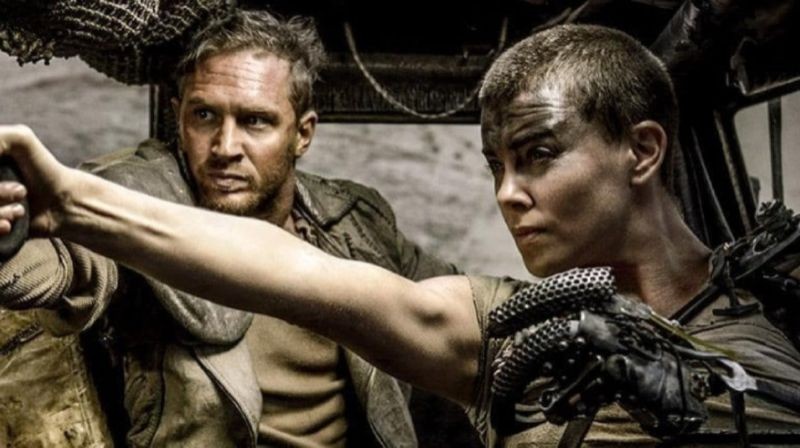 In the Time of the Rona, I’m reviving my Never Seen It series, in which I convince a cool person to watch a classic film they have somehow missed.

To kick off the revival, I hit up Memphis comedian and You Look Like show producer Katrina Coleman on Twitter, where she’s been doing a nightly movie watch party under the hashtage #cowatch. Our conversation (which happened on the phone, not in real life!) has been edited for length and clarity.

Chris McCoy: How are you holding up?

Katrina Coleman: Good. I made one final grocery trip and put it all up. We stocked up on everything…I’m worried, but we just gotta keep going. [#cowatch] is to keep our spirits up with banter. It’s like, I know what I'm gonna do tonight. I’m going to sit and watch a movie. Do you like to watch it with me and follow along? If it seems like it would interest you, we can all experience the same thing. Actually, one of the rules was not to watch movies like this. I love post-apocalyptic movies, but I was going to stay away from them for a while.

CM: Well, if you’re going to break the rule, this is the one to break it for. What do you know about Mad Max: Fury Road?

KC: I've been told over and over again I have to watch it. When it came out in theaters, I was a bad feminist if I didn’t see it. I avoided it because I was I felt like I had to like it…I know the basic plotline, and I’ve seen a lot of the gifs. And I loved Max Max and The Road Warrior.

CM: You are now a person who has seen Mad Max: Fury Road. What did you think?

KC: [incoherent screaming] What I have is guttural noises and joy! It is very good! My dad was a truck driver. I love violence. I love yelling. It was a moral story. I was supposed to be tweeting about it, but I kept getting really engrossed with it! Also, my daughter sort of watched it with me. She’s 10, but she has really adult tastes. She was also playing with Legos at the time, so we did talk a little bit about plot and what's happening and why people do the things they do. But it's beautiful to watch! I'm a big fan of action porn. It was really well done. I don't know a lot about movies, but I had so many feelings. Now I want to murder all dudes except for the ones who repeatedly show their loyalty. But to ally yourself, you have to throw yourself out of a moving vehicle and shoot another dude. You could gain my trust!

KC: Actually, what I was seeing was just Lord of the Flies. That's what happens—unsupervised violence; total, sterile teenage boyhood.

CM: But then by the end, he sacrifices himself for everybody. 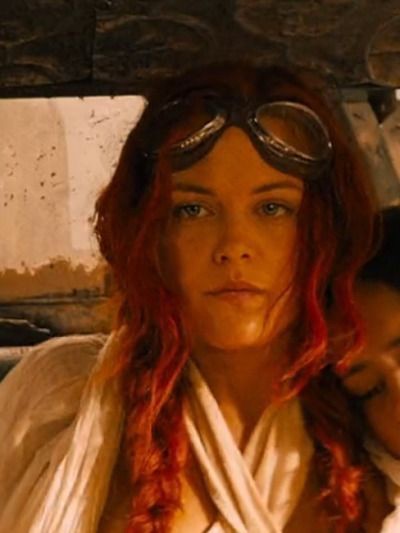 KC: Yeah. But he still doesn't do a 180, where he's a completely different person. In his final moment, he asked someone to witness him. In his mind he's realized that Valhalla waits for him, not for the glory of the warlords, but for the glory of sacrifice. That trait is always there and it's beautiful, but it was used for good. The idea that these were boys, but they don't live very long, so they just throw themselves into the machine for the defenses of whatever cause. But all it took, was the one tiny relationship building with him and [Capable]. It might've been the first time he fell asleep peacefully with someone. He spoons for the first time and it just changed his whole life.

CM: I love the scene where he eats the bug off of her. He’s like, “Oh! Protein!” It’s such a primate thing to do, to eat a bug off your partner.

KC: They’re tasting life for the first time, in a super base, disgusting way. This movie is very verdant while being like gross. It's very fleshy. There's a lot of, there's a lot of life in it. I don't know how to explain that, but it's pro-life, in that it is for life. The stakes are very high. It sort of views all lives together as one thing, and then the desert and the violence and the death is another thing. It struck me the moment when Max comes back, he's covered in blood. He's like, what is this? It’s mother’s milk—which we've already established earlier in the movie is literally human milk—and he uses it to wash the blood off of him. That hit me in a weird way. That part upset me the most… It's almost like a religious moment.


CM: You're an outspoken feminist. What did you think of this movie from that standpoint?

KC: Well, I have a point of frustration—it’s the concept of the Netflix category, “strong female lead,” like that’s a whole movie. So, like for someone with strong feminist values, it's just cool to watch a movie where you see people that look like you and your friends. It's also equal opportunity. Like, the grannies are getting in it! They're punching folks and shooting people. Everyone's on an equal level here.

But of course, it resonates with me that the male representation is just destruction, control, and ownership. "That's my child! My property!" Compared to the feminine sort of propagation, the mother with the seeds and how that was what she just kept trying to do. Just kept trying to keep planting, just keep going.

The wives who almost want to go back because they value continuing over anything else. The concept of preservation is built in so hard, and that's why Furiosa just one such character, because she values preservation. But she will destroy to get it, which makes her very specifically non-binary. like her ruthlessness and the moment where she says, no, we're not going back [for Splendid]. She has to verify that there's nothing to go back for. She says, "Did you see it? Did you see it?" She went under the wheels. But did you see it? Like that's what makes her really a trans character. Because it's usually what makes male characters really striking, when they have the moment of nurturing, the reluctant father figure.


CM: Interesting. Yes. That makes me think about Tom Hanks in Saving Private Ryan. He’s like the tough sergeant the whole time, and then like towards the end you find out he’s, like, an elementary school teacher. He gives that energy out just a little bit every now and then…that nurturing energy.

KC: We, as humans, love to see a badass that will take anything's ass. If we can kind of quietly believe that person would protect us. I think that's part of what sort of holds us to a hero. Like, if some bad shit went down, this person who just just absolutely opened fire and murdered all these people and cut them in half, they do it to keep me safe.

KC: I mean, a performance for the ages! So much of it is non-verbal. I love her as an actress, just full, like, full stop, obviously.

CM: [Cinematographer John Seale] shoots her sometimes like…it's almost like he's shooting architecture. She's just carved out of stone, you know? When I first saw this movie, I compared her performance to Clint Eastwood’s The Man With No Name.

KC: She’s quiet, and communicates everything with her eyes and micro-expressions. She has such a talent for the smallest things…And then there’s the big meme moment—“That’s bait.” I had never seen it in context.


I also appreciate how every line that Tom Hardy delivered, he sounded like he had just woken up. I know I've always been on the fence about that guy, but he's really great in this.

KC: So, one of my favorite things is the same thing I love about Die Hard. Like, how many hit points does this dude have? How is he standing up?

KC: He gets shot literally in the face and is only saved by his crazy ideations of grief.

CM: [Cheedo The Fragile], she's the one who tries to run away, but the other wives talk her out of it. This time, I read that whole scene as a feminist allegory. You know, "Give him another chance! He’ll be good to me this time."

KC: You know, that is a constant struggle. If we conform enough, if we cater to the patriarchy…It's usually the older feminist, the ones who've been very successful in business, “The Pantsuits”, they call them, who tell us younger feminists to just go with it. Learn to smoke a cigar, learn to take the jokes, learn to deal with it. Yeah. That is super common. And it happens with younger feminists, but absolutely. And I think it's also been expressed in my colonialization the idea of just go with it to survive. How much is too much? Different people have different levels of how much is too much. Some people can take quite a lot of degradation before they believe it's worth risking their life.

CM: So, things have a bit of an apocalyptic feel right now, because of, you know, the plague. How did it feel watching Fury Road in this moment?

KC: It was wild. Comparing my life personally, at this time, has seen very small changes. Earlier, I went to the grocery store, but I saw the world in very different way. I also love post-apocalyptic fiction. I love considering it and thinking about it. Where would I stand? What would it be? How would I maneuver out of this world? The line, “Don't get addicted to water!” is the one that hit me hard. Even in such a dismal place, propaganda is still working well.

What we're experiencing right now in our country is 100 percent result of propaganda. It's like, it's all propaganda's fault that it's so scary. There's a thousand people on the ground with their buckets. Only the first 50 or 60 managed to fill up their buckets with water. The war machines, they don’t have to be as big as flashy as they are. The chrome and shiny warlords don't have to dress the way they do. It's just control. And that's the thing that's the most upsetting though about watching it, the thing that kinda just brings it home. If the prisoners figured out that they outnumbered the guards, it would be over real quick.