Nobody does onscreen romance better than Barry Jenkins. The Indie Memphis alum won Best Picture for 2016's Moonlight (which was also the Memphis Flyer's #2 film of the decade), an achingly beautiful portrait of a neglected black boy growing up gay on the mean streets of Miami's Liberty City.

Jenkins has been a friend to Memphis filmmakers, helping establish Indie Memphis' Black FIlmmaker Fellowship for Screenwriting in 2019. Today, May 5th, he and Indie Memphis' Artistic Director Miriam Bale will hold an online Q&A to talk about one of the Indie Memphis Movie Club's current selections. 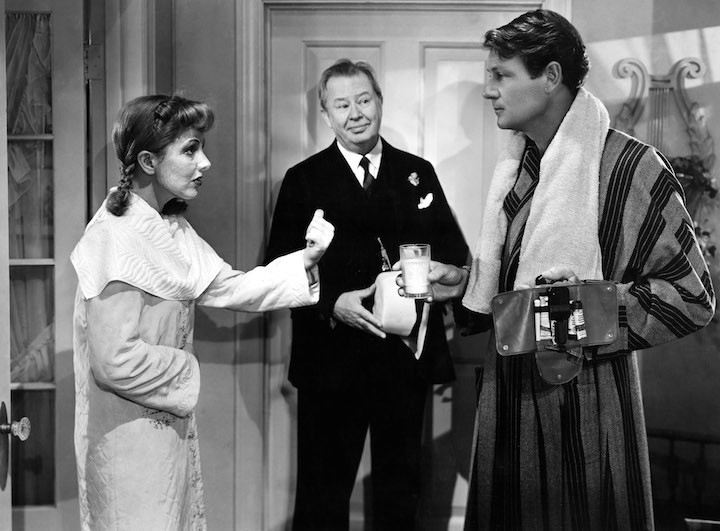 The More the Merrier was filmed during the height of World War II. It's not a war movie in the sense Thirty Seconds Over Tokyo was a war movie. George Stephens' film is a screwball comedy set against the chaos of the home front. As Washington D.C. ramps up to deal with the historic conflict, the workers called to the nation's capitol face a historic housing shortage. Connie Milligan (Jean Arthur) is a single professional woman with a sizable apartment who decides to sublet to someone in need. Benjamin Dingle (Charles Coburn), a semi-retired developer, arrives in DC to advise a Senator on the situation, only to find himself caught up in the housing crisis himself. He sweet talks his way into Connie's home, and strikes up a prickly friendship with his hyper-organized new roommate. When Sgt. Joe Carter shows up belatedly answering the newspaper ad (and, for reasons that are never explained, carrying an airplane propeller), Dingle takes it upon himself to sublet his sublet, and play matchmaker for the two young singles.

As a comedy of people falling in love while trying to cope in the midst of a world shattering crisis, The More the Merrier is extremely timely. It's also one of Jenkins' favorite movies, and it's easy to see why. It's an unusually humanistic story for the time, and the romantic chemistry between Jean Arthur (who was nominated for Best Actress) and Joel McCrea crackles off the screen from the moment they meet wearing bathrobes in her hallway.

You can watch The More The Merrier on the Criterion Channel, then tune in at 8 PM tonight for the talk. Indie Memphis members can get an invite to ask questions on Zoom, and the whole program will be available for free on YouTube.