Stories of sweeping social change are always compelling, but I have a soft spot for documentaries which explore the lives of the people behind the movement. That's something Crip Camp: A Disability Revolution excels at.

The film is co-directed by documentary producer Nicole Newnham and James LeBrecht, a veteran sound designer in his first directorial role. LeBrecht has spina bifida, and as a child in the 1960s, he had his life permanently changed when he went to Camp Jened. For many of its participants, the summer program for disabled people was the first time they had been around other kids with similar issues. It was the first time they felt normal.

The first half of Crip Camp looks back on Camp Jened, thanks to extensive interviews with the now-grown-up campers and a wealth of open-reel videotape footage from an aborted TV documentary project that miraculously survived the years. The campers stories are inspiring and occasionally hilarious. Kids in wheelchairs got to play baseball for the first time. The sexual awakening among the teenage campers leads to an outbreak of crabs in the barracks. Except for the fact that most of them are in wheelchairs, the kids come off just as genuine, idealistic, and stoned as the average teenager in the Summer of Love.

But the most interesting footage from the camp is a gathering around a dinner table where the campers talk politics. Inspired by the Civil Rights Movement, some of the campers and their counselors made it their mission to bring the utopia of Camp Jened to the wider world. Judith Heumann emerged as the leader of the movement to win disabled people the rights to access and equality. In the second hour of Crip Camp, Heumann and the core of activists from the camp take on the state of California and the federal government in an escalating series of protests that leads to a month-long occupation of an office building. Here, the doc gets more conventional in structure, but the insights gained from the camp sequences make the fight more poignant. While inside the besieged building, the activists recreate the camp's dinner table discussions to keep their movement intact and on track. 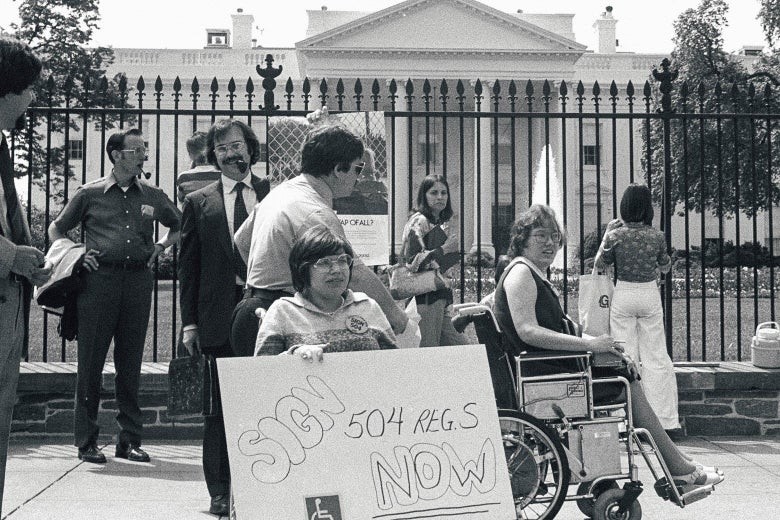 Crip Camp won the Audience Award at this year's Sundance Film Festival, and it's not hard to see why. It's an exquisitely crafted documentary with humor and pathos that will forever change the way you look at sidewalk wheelchair ramps.

Netflix bought the film and released it after its limited theatrical run was canceled by COVID-19. This Thursday, May 7th, Indie Memphis is hosting a virtual Shoot & Splice on the subject of editing. One of the guests will be Eileen Meyer, the editor of Crip Camp who is a former Memphian. She will be discussing the art of the cut with the editor of The Farewell, Michael Taylor, and moderator Laura Jean Hocking. You can find out how to tune in and join the discussion on the Indie Memphis website.