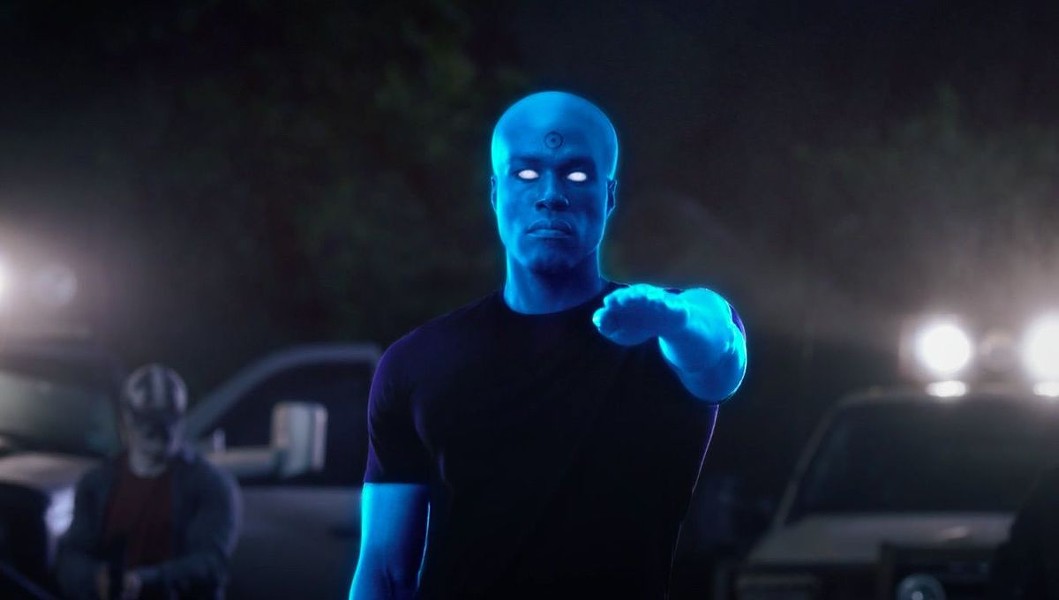 Alan Moore named his 1986 comic Watchmen after a quote from the Roman poet Juvenal: Quis custodiet ipsos custodes? “Who watches the watchmen?”

When Moore and artist David Gibbons reworked some moribund characters from the defunct Charlton comics, the Reagan ’80s were in full swing in America, and Margaret Thatcher was imposing austerity in the artists’ native Britain. Three years earlier, when Moore was first pitching the story to DC, the NATO Able Archer 83 military exercise had almost led to a full-on nuclear war with the Soviet Union. The work, which would later be called “the moment comics grew up,” was suffused with apocalyptic fear and profound disillusionment. The institutions we had created to protect us were out of control and threatening to destroy human civilization. Moore’s thesis, that the comic book superheroes we loved were secretly fascist thugs, was echoed in the other big comic book hit of 1986, Frank Miller’s Batman reboot The Dark Knight Returns. But Miller celebrated violent vigilantism because it made for good comic images. Watchmen was Moore’s warning about a fascist future.

When HBO tapped producer Damon Lindelof to create a sequel series to Watchmen, he cast around for a contemporary issue that would resonate as deeply as the reckless rush to nuclear war had in 1986. Moore was out of the picture — he has not endorsed any adaptation of his work since the disasters that were the The League of Extraordinary Gentlemen films. Besides, Watchmen was explicitly a comic about comics. Even though the 2009 Zack Snyder adaptation of Watchmen was successful when it strove to faithfully reproduce scenes from the comics (I cried when Dr. Manhattan went into exile on Mars), it was still blasphemy as far as Moore was concerned.

What Lindelof came up with was the persistence of racism as an organizing principle of American society. Now, nine months after its debut on HBO, Lindelof looks prescient. The Watchmen series is so much better than we ever could have hoped for. And now, for Juneteenth, HBO has made the series available for free outside their paywall.

Like the original, this Watchmen features a sprawling cast of characters. The most vibrant and poignant of the bunch is Sister Night (Regina King), aka Angela Abar, a former officer in the Tulsa police department who now fights crime as a costumed vigilante. The Commissioner Gordon to her Batman is Judd Crawford (Don Johnson), the Tulsa chief of police whose suspicious suicide by hanging sets off an investigation that will expose both a deep-seated white supremacist movement in government and a plot to regain the power that created quantum superhero Dr. Manhattan (played in different stages of life by Yahya Abdul-Mateen II, Zak Rothera-Oxley, and Darrell Snedeger).

What’s most eerie about watching Lindelof’s Watchmen in 2020 is the police department’s use of masks. After the events of Watchmen (the graphic novel and the film adaptation), the superheroes who had been outlaws were accepted as adjuncts of the police.
Universal masking was adapted after an incident in which the racist terrorists The Seventh Kavalry, inspired by the posthumous writings of the Watchman Rorschach, had murdered police officers in their homes. Now that masks are de rigueur in the real world, it connects the fiction to our own apocalyptic atmosphere.

But the series’ critique of race relations in America is what really resonates in the long, hot summer of 2020. Allies emerge in unexpected places, and the villains are hiding in plain sight. Opening the series with a recreation of the Tulsa Massacre of 1921, in which white supremacist gangs destroyed an affluent black neighborhood, turned out to be a stroke of genius.

Since comic book superhero narratives have become the dominant onscreen form in the last decade, it’s a relief to see something as meaty and timely as this. I’ll fully admit that I was extremely skeptical of the endeavor — let’s just say I have not been a fan of Lindelof’s previous work — but this Watchmen is a most worthy successor to Moore’s masterpiece.


Watchmen is being re-broadcast on HBO this weekend in its entirety. It is also available on HBO Max streaming service.