Bob Marley, The Beatles, and The Force Awakens This Weekend at the Drive-In 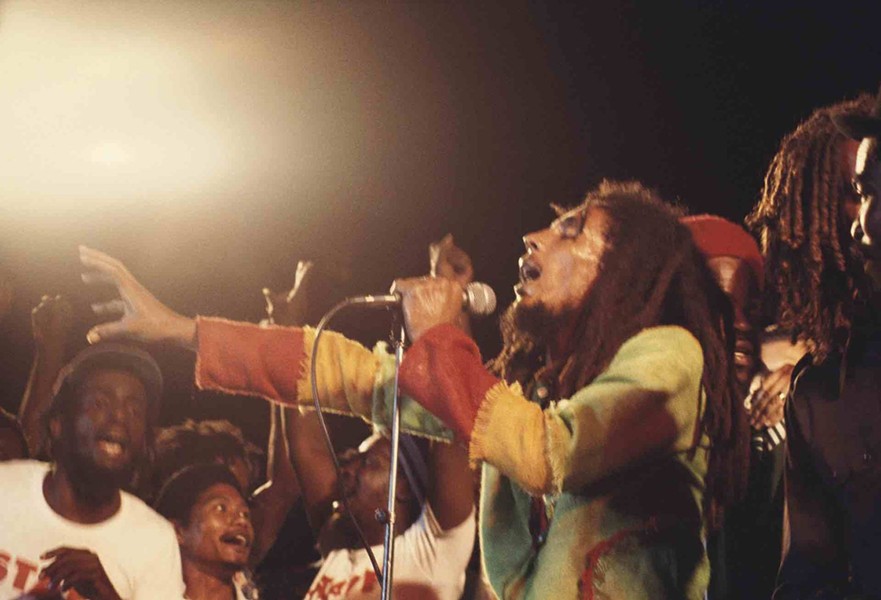 Five months into the pandemic, the Malco Summer Quartet Drive-In is one of the few places in America where you can see a movie with an audience. This weekend's mixture of new releases and legacy titles looks to be the best crop of films at the drive-in since the beginning of the theater shutdowns in March.

Robert Nesta Marley would have been 75 last February, had he not died in 1981 at the age of 36. The Marley estate commissioned a new documentary series on the reggae artist's impact for YouTube, and has re-released the 2012 documentary Marley to drive-ins this month. Marley is as close to a definitive biography of the artist as is possible to take in in one sitting. The portrait it paints of Marley is of an imperfect man elevated to the status of a world leader by the dint of his musical genius.

Marley's crossover into the political realm births one of the most remarkable scenes in the documentary. In 1976, Marley became embroiled in a bitter presidential election in his native Jamaica. Two days before he was scheduled to play at the Smile Jamaica concert, a hit squad attempted to assassinate Marley in his home. His wife and manager were seriously wounded, and Marley was hit in the arm and chest. The day of the show, after Marley announced he had enough strength for one song, 80,000 people showed up in a park in Kingston. Marley came out, showed his wounds to the crowd, and played an incendiary, 90-minute set.

Marley is paired in a double feature with a different kind of music film. Yellow Submarine is a landmark 1968 animated feature that set original compositions by The Beatles to some of the grooviest images psychedelia ever produced. In addition to the famous theme song, the soundtrack features some quality post-Pepper jams like George Harrison's ethereal "All Too Much" and John Lennon's stomper "Hey Bulldog." It's the most artistically important of the three films the Beatles starred in during their decade in the spotlight, and just plain fun to boot.


Over on screen three, a double feature of recent blockbusters will scratch your itch for big summer movie fun. Star Wars: The Force Awakens was the first installment in the sequel trilogy. Beginning the saga of Rey, the novice Jedi, and ending the story of Han Solo, it's also the best film J.J. Abrams ever made. The 2015 trailer is an all-time classic teaser that set the franchise reopener on track to gross over $2 billion.


TFA is paired with Jumanji: The Next Level, the 2019 sequel to the surprisingly watchable Jack Black/Karen Gillian vehicle that also starred some guy named Dwayne "The Rock" Johnson. I feel like that guy could go far.


On screen four, the highest grossing movie of 2020, Bad Boys For Life, continues its improbable afterlife. As I said in my review from the long-ago days of January, "The thing you need to know about Bad Boys For Life is that Michael Bay didn't direct it."


Paired with Will and Martin is the latest grindhouse horror revival from IFC, which has released a string of low-budget horror titles to what passes for success in the movie business this year. The Rental is billed as the first AirBnB horror film, and it looks like some sleazy fun.


You can buy tickets to the Malco Summer Quartet Drive-In double feature specials on the Malco website.