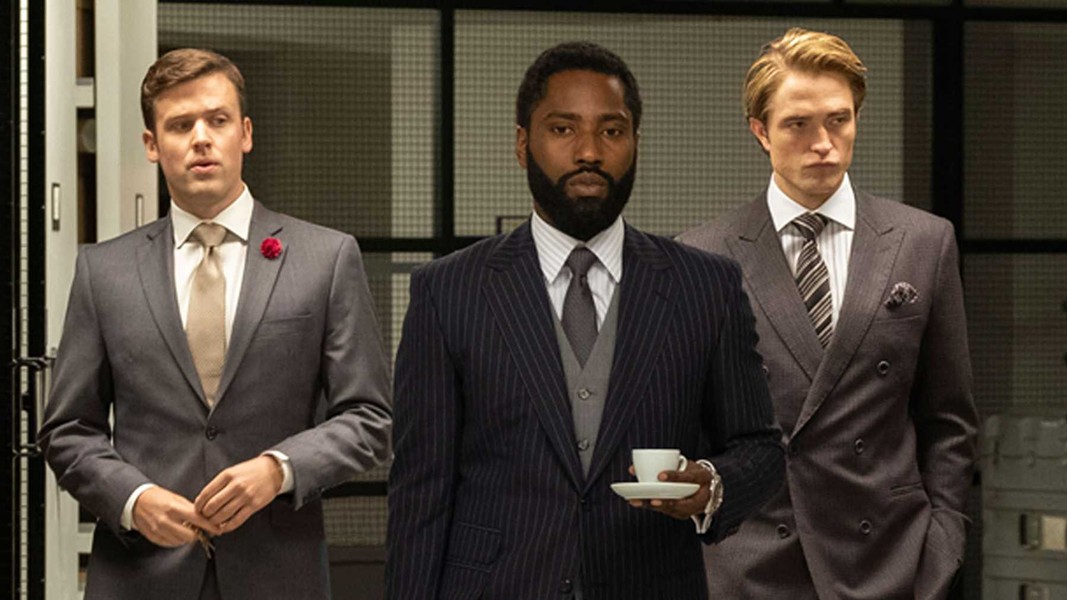 Entropy increases. The Second Law of Thermodynamics is the ironclad rule of physics that most defines our universe. Entropy is a slippery concept. It’s much more complex than “disorder” or “energy flows from hotter objects to colder objects” or just “things fall apart.” The constant, incremental increase in entropy is what defines time itself. Einstein told us that time and space are inseparable, but how come you can move in two directions in the three physical dimensions — forward or backwards, up or down, left or right — but only one way through time — from past to future? Because entropy increases.

Throughout human history, our perspective was trapped in time’s relentless advance. But the invention of the film camera changed that. Very soon after the Lumiére Brothers and Thomas Edison figured out how to simulate motion by quickly flipping through sequential still images, someone had the bright idea to see what it would look like if you ran the pictures backwards. What they saw was something that never happens in nature: entropy decreasing. Broken shards of glass strewn across a floor suddenly rush toward each other, form a vase, and then leap into the air, landing in a waiting hand. Ashes sprout flame and re-form into a log. Waves rebuild sandcastles. Effects come before causes.

Movies have always been obsessed with time. What we film folk refer to as “structure” is really just the order in which events happen in a screenplay. But few filmmakers have been as obsessed with the increase of entropy as Christopher Nolan. His breakthrough film (and, for my money, still the best thing he’s ever done) was 2000’s Memento, a story told backwards to illustrate Guy Pearce’s lack of long-term memory. He loves playing with the rate of time’s passage, as in Inception and Dunkirk. In Tenet, he takes his temporal obsession to new heights.

Tenet begins with a literal overture. An opera house in Kiev, Ukraine, is taken hostage, and a group of CIA special ops troops, led by John David Washington, who is known only as Protagonist, effect a rescue. The bravado sequence is a direct reference to Hitchcock’s famous climax of The Man Who Knew Too Much, and it’s just the first in a movie comprised almost entirely of bravado sequences.

While in the opera house, the CIA team recovers a mysterious artifact. But things go sideways for our meta-named Protagonist, and he ends up the prisoner of a mysterious terrorist group. Rather than talk, he chomps down on a suicide pill, and quickly loses consciousness. Then, he wakes up. The suicide pill was fake, and the operation was part of a test to see if our Protagonist was worthy of joining a super-secret organization called Tenet. Physicist Laura (Clémence Poésy) briefs him on their mission. The mysterious artifact recovered at the opera house is part of an increasing number of objects uncovered worldwide that seem to be moving backwards in time. In other words, their entropy has been reversed. This is as unnatural as it gets, and Protagonist’s mission is to figure out what’s going on.

The search will lead Protagonist and his partner Neil (Robert Pattinson) on a worldwide hunt. Tracing the bullets from a reversed gun leads them to an arms dealer in Mumbai, India, named Priya (Dimple Kapadia) and a Russian oligarch named Andrei Sator (Kenneth Branagh). Sator, it seems, is in communication with people from the far future who are understandably pissed off about climate change, and have a twisted time travel-based plot that is not so understandable. If said plot comes to fruition, it will be the end of everything — or maybe the beginning of everything. It’s complicated.

Tenet mashes up the jet-setting glamor of James Bond with the hard science-fiction of Interstellar. Nolan’s script is as high-concept as it gets, and it uses the premise to stage insane sequences like a chase with half the cars going forward in time and half going backwards in time. But clarity is not Nolan’s strong suit, and by the time we get to the Bond-inspired, climactic paramilitary raid on an underground nuclear test site, I was hard-pressed to figure out who was fighting whom, and which direction we were traveling in time.

Nolan’s visual mastery is undeniable, and he gets brownie points for not leaning on CGI. The vast majority of what’s on the screen is staged in real life, and if there was an Oscar for backwards acting (an underappreciated skill that goes back to the silent era), Washington deserves it. But Tenet’s bloodless worldview is best illustrated by the name “Protagonist.” It’s a too-clever in-joke that covers up an active disinterest in the messiness of human emotion. Tenet addresses some important themes, such as the dangers of technology concentrating world-shattering powers in the hands of unaccountable individuals, but it treats the world as an abstraction of physics, not as a real place where real people live. It feels like an essay with explosions.