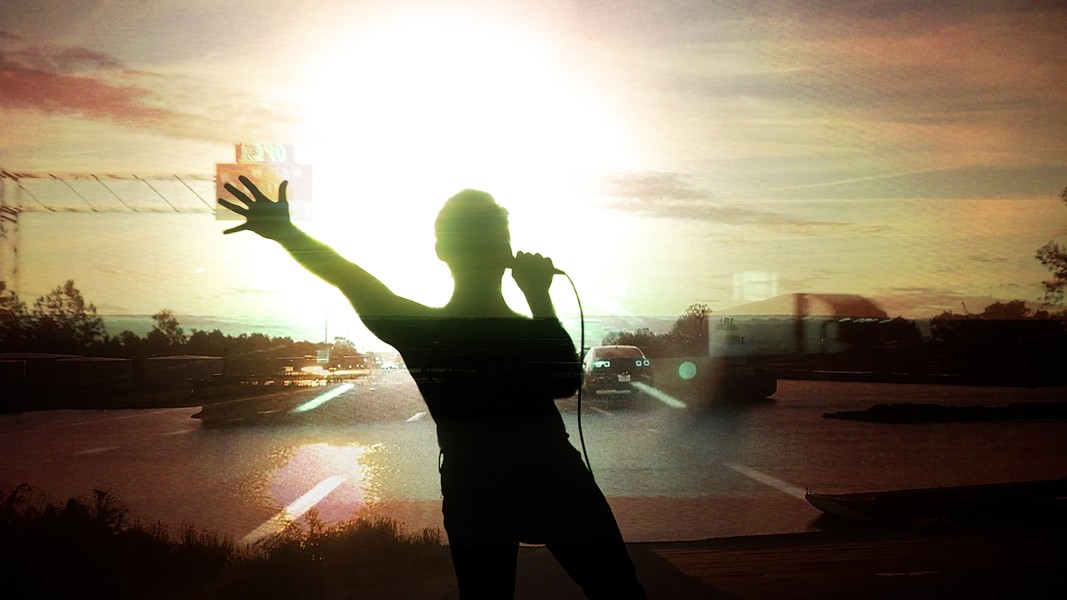 1000 Lights began in 2018 as a band on a mission: recreate the Stooges' Fun House for a Halloween party at Black Lodge Video. And they assembled an all-star cast to do, starting with Flyer film editor Chris McCoy (Super Witch, Pisshorse) on bass, and Russ Thompson (The Margins, Static Bombs, Pisshorse) on drums. To this solid rhythm section they added Joey Killingsworth (Joecephus & the George Jonestown Massacre, Super Witch) on guitar, and, in a masterstroke, Jesse James Davis (Yesse Yavis, Model Zero, The Tennessee Screamers) on vocals. Davis was the perfect fit for the manic, yet devious, rock 'n' roll energy exuded by Iggy Pop in the classic Detroit band, being no stranger to stripping off his shirt and gyrating with abandon.

And yet, though 1000 Lights channeled Fun House beautifully, their own personalities came more to fore as they pursued original material. Shedding their tribute-band origins, they emerged as something closer to The Damned with echoes of Tin Machine: Both more frenetic and more atmospheric than the Stooges, depending on their mood, but always bringing the reliable riffs.

The capstone of this was their show at the Crosstown Theater in 2019. As McCoy explains, “Last year, 1000 Lights was asked to be a part of Crosstown Arts' silent film live scoring series. We chose to do Häxan, the 1922 film by director Benjamin Christensen that is both a documentary about the witch hunts of the Middle Ages and a precursor of the modern horror film. We incorporated our existing songs into the score, and wrote a lot of new material to go along with the film. Justin Thompson and Dawn Hopkins recorded the show, and we took the tapes to Dik LeDoux for mixing and mastering. We took the best parts from the 104 minutes of the live score and created an album which we're releasing on Bandcamp this week. We couldn't be more pleased with the results. It doesn't sound like a live album at all, despite the fact that it was recorded in front of a large audience.”

Today, the world gets its first taste of Häxan, the album on Bandcamp, with this, the first video spawned by the project. Davis steers clear of any obvious Iggy-isms, creating his own Southern take on the more panicked sounds of punk. He is hurtling toward the Bluff City from a devilish distance, perhaps about to slam the city from above like a meteor? The frantic apprehension is captured beautifully by McCoy's wife, director Laura Jean Hocking. “We shot at Black Lodge,” McCoy notes, “using projection art she created and the big screens they have in their theater. Then she incorporated images from Häxan into the final video.”

Says Hocking, “I wanted to portray Jesse as if he was a denizen of Andy Warhol’s Factory. Jesse has a dynamic, androgynously sexy stage presence and I used it to convey the punk urgency of the song. The layered images and projection give it a fever dream meets Exploding Plastic Inevitable sense, like Jesse is fighting the Devil with rock & roll.”

If you would like to see your music video featured on Music Video Monday, email cmccoy@memphisflyer.com