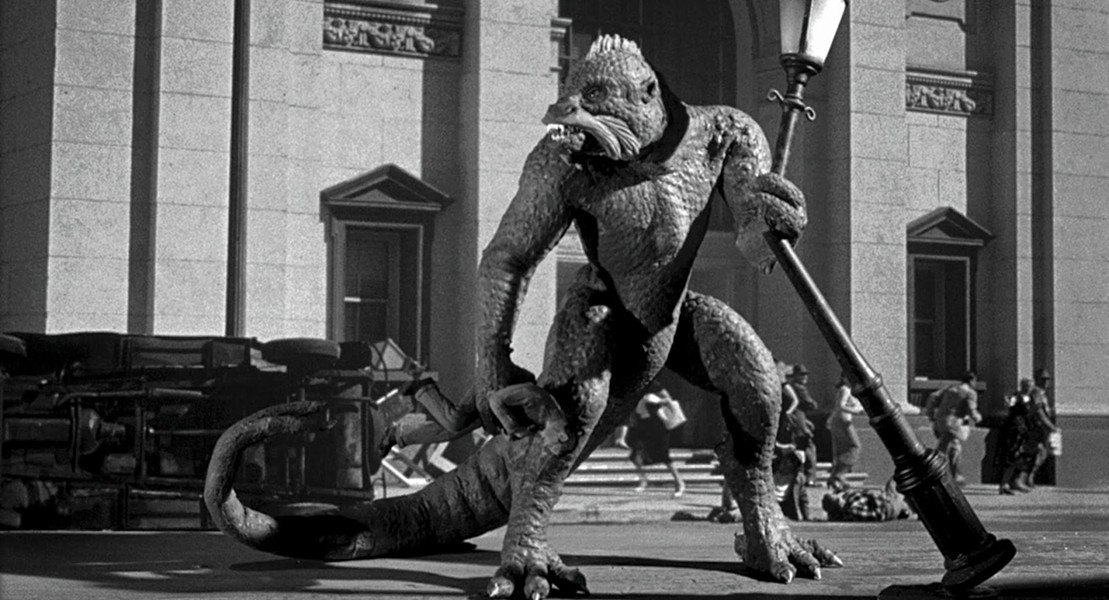 The special effects extravaganzas that have dominated big-budget moviemaking over the last few decades could never have existed without Ray Harryhausen. He was a pioneer of not only stop motion animation, in which models are manipulated one frame at a time to create the illusion of movement, but also the aesthetic of the monster movie. Along with Ray Bradbury and Forrest Ackerman, he helped define American science fiction and fantasy during its formative years.

The first film marked the debut of the color version of Dynamation, the system Harryhausen invented for integrating live action and special effects shots. The 7th Voyage of Sinbad takes inspiration from stories in Arabian Nights, but like all Harryhausen-related mythological films, plays fast and loose with the source material. It contains not only the incredible giant horned cyclops, but also the prototype for what became Harryhausen's most famous sequence, the skeleton fight from Jason and the Argonauts. Take a look at this delightfully retro trailer.

The second film of the night is 20 Million Miles to Earth from 1957. The first spaceship to visit Venus crash lands with a deadly cargo: a monster that can double in size every day. Naturally, it gets loose from the scientists trying to study it, and carnage ensues. Coming the same year as Godzilla hit American theaters, it's the most seminal film in the kaiju genre not made in Japan. Like King Kong, which inspired Harryhausen to get into filmmaking, the monster turns out to be the story's most sympathetic character. I'm just loving these 50s-era trailers:


Gates open for the Time Warp Drive-In at 6 PM, and the films start at 7 PM. Tickets available at the Malco website.