Sundance in Memphis: A Memorable Night Under the Stars 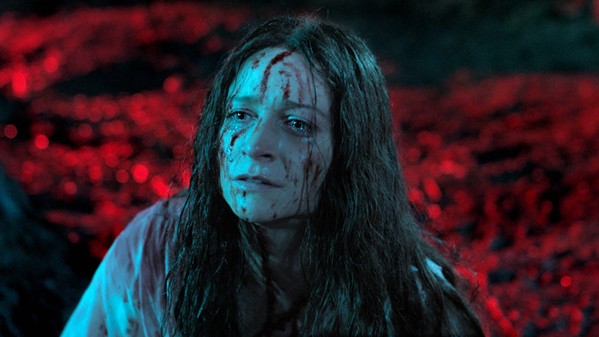 I’ll have to admit, I didn’t expect to have my first Sundance screening at the Malco Summer Drive-In. But the pandemic makes for strange situations, and from my point of view, this is one of the better ones. As a filmmaker, none of my works have ever been accepted to Sundance, and as a journalist, no outlet has ever offered to pay my way to Park City, so I’ve never been to the mecca of American indie film in person.

When Indie Memphis adopted the hybrid online and in-person model last November, an unexpected thing happened: It turned into an opportunity to expand the reach of the festival. In the case of screenwriting award winner Executive Order, the Bluff City’s homegrown regional festival was suddenly attracting audiences from Brazil.
In the opening press conference on Thursday, Sundance Institute CEO Keri Putnam recognized the upside of Sundance’s move into the virtual world. “We think this will be the largest audience that we have ever had,” Putnam said.

Festival Director Tabitha Jackson was on the job less than a month when the novel coronavirus essentially shut down the film industry. She explained that the festival’s unofficial theme was the Japanese art of knitsugi, the practice of repairing broken pottery in a way that make the cracks visible and beautiful. “You see all those little fragments and shards, and that came from the sense that what the pandemic had done was to kind of explode our present reality, and we were left with the pieces. The festival actually is coming from a place of needing to completely reimagine and take the pieces that we know are part of our essence and build them into something different to meet the moment.”

While juggling other work assignments, I tried to get a full taste of the pandemic Sundance paradigm on the first day. I made a point of seeing Kentucker Audley’s new film Strawberry Mansion at the drive-in, then scooting home to watch Censor online. I’ve become quite the drive-in habituate during the pandemic, so I knew what to expect, but this experience was truly something special. Just as the opening credits were rolling on a hometown filmmaker’s Sundance opening night debut, a shooting star whizzed above Summer Drive-In screen 3. Crowding into a theater in Park City for the premiere would have been great, but it couldn’t beat being in Memphis in that moment.

Back at home, I nestled into a cozy robe for the world premiere of Censor. Welsh director Prano Bailey-Bond’s feature debut was an amazing revelation. Set in the dreary London of the Thatcher ’80s, it stars Niamh Algar as Enid, a censor who watches VHS-era violence all day long. Enid has a secret: Her sister disappeared under mysterious circumstances when they were young, but while Enid was the last person to see her, she has no memory of what happened. When she sees an actress in a particularly violent film who kind of maybe looks like a grown-up version of her sister, she becomes obsessed with making contact. Enid’s reality starts to implode around her, mixing up the gonzo images of slasher flicks with her lonely London existence.

Bailey-Bond is clearly a student of ’80s horror, and judging from the Videodrome influences, something of a Cronenberg cultist. In at least one way, she exceeded her influences. Where Videodrome’s characters are Ballardian blank slates, Censor is focused intently on Enid’s inner life. Algar gives the kind of remarkably subtle and finely observed performance rarely seen in the genre. Bailey-Bond’s arthouse meets meta-horror vision pushed all the right buttons for me. 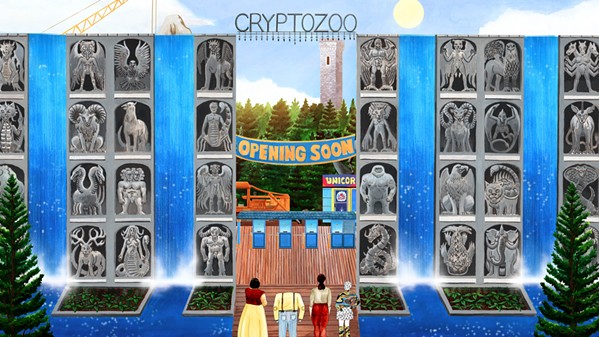 Tonight, Sundance screenings continue at the Malco Summer Drive-In with I Was A Simple Man. Christopher Makoto Yogi’s August at Akkiko’s was a highlight of Indie Memphis 2018, and last year he had an experimental video installation at the festival. In his new film, he returns to his favorite subject, his native Hawaii, and the experience of the ignored people who have made the islands their home for thousands of years. The second screening couldn’t be more different. Cryptozoo is an animated feature by Virginia director Dash Shaw about a couple who stumble into a fantasy world where unicorns and yeti rule.


The Sundance Film Festival in Memphis begins at 6 p.m. at the Malco Summer Drive-In. You can buy tickets at the Indie Memphis website.