Janis Fullilove: “I am actually thousands of bees” 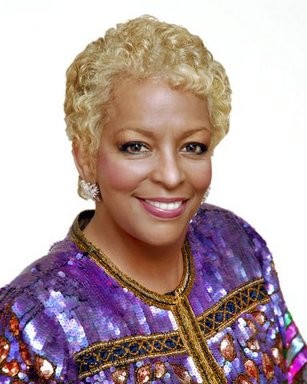 MEMPHIS— City Councilwoman Janis Fullilove held a press conference this morning to reveal that she is, in reality, a swarm of approximately 10,000 honey bees working in concert, defying earlier predictions that she was two children in a trench coat. Sources close to Fullilove were surprised by the news, but many harbored long-time suspicions.

“I always thought that Janis had an exceptionally loud AC unit in her house,” said one friend who wished to remain anonymous, “but it turns out that I was just hearing thousands of bees humming, struggling to maintain the shape and appearance of a human woman. It also explains why her fingernails strongly resembled bee stingers, and caused local swelling whenever she touched me.”

The Bee Cloud formerly known as Janis Fullilove explained that the hive had become interested in civic engagement after attending a series of town hall meetings on a planned development in their area. Recognizing the difficulty honey-producing insects have previously faced in the political arena, the hive assumed the form of a dynamic radio host, and handily won a seat on the Memphis City Council.

Apis mellifera, better known as the Western honey bee, is widely known for its use of “waggle dancing” as a means of communication and experts now suggest that Fullilove’s infamous riverboat pole dancing incident was merely her attempt to inform fellow Council members of a nearby wildflower patch.

Janiswarm— as the bees are now self-identifying — felt it was time to offer an explanation for years of bizarre conduct, including but not limited to multiple alcohol-related arrests and and a domestic violence charge that resulted in a not guilty verdict. “We underestimated how difficult it is to impersonate a human being,” the bees explained, clouds of pollen wafting from their body as they spoke. “And I promise we're not going to throw any more dishes because we had to go buy a whole new set.”

Katrina House, an Entomologist specializing in honey bees thinks historians will have to reevaluate everything they think they know about the Janiswarm. "You absolutely cannot consider her record without taking into account the impact of global climate change and toxic fungicides," House says.

"I will always love her. She has such a strong record of standing up for people who are different," says Manona Street, a longtime Fullilove supporter, who says she intends to stand by Janiswarm, and its decision to "come out."

"This is my colony, and I'm not going to let it collapse," Street said.

At the conclusion of the press conference, Councilwoman Fullilove dissolved

into a torrent of winged fury, mercilessly stinging reporters as they fled City Hall. They later resumed human form long enough to crash their car into a mailbox.

At a later press conference, Councilman Shea Flinn announced that he was the world’s tallest toddler.