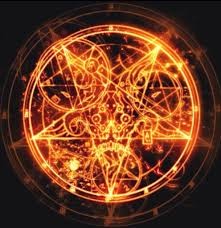 SHELBY COUNTY—The city’s children collectively gasped this week as they returned to a chaotic, lawless collective of buildings that had once been known as “schools."

“I just don’t know what I’m supposed to be doing,” said first grader Brantley Lourdes, as he painted the walls with an unknown classmate’s blood. “Last year the school contracted with Sodexo for my daily lunches, but now we’re using Aramark? How am I supposed to learn when my whole world is crumbling beneath me?”

As Lourdes spoke, a fissure opened in the carpet and swallowed the snack table and cubby holes.

Parents, fearing for their lives, forsook their offspring at the gates of Chimneyrock Elementary and dozens like it, now tainted by the abominable amalgamation of city and county schools.

According to Y.G. Brown, a custodial worker, Shelby County Unified School Board member Tomeka Hart led her fellow board members in a demonic cackle as they watched the horrors unfold from a pentagram-shaped portal in their secret meeting room.

“Now begins the Reign of Unity,” Hart exclaimed over the muffled cries of David Pickler and Kenneth Whalum Jr., both restrained and forced to watch the carnage.

With tears in her eyes, Germantown Mayor Sharon Goldsworthy called an emergency meeting and threatened to execute Protocol Violet, detonating all roads and bridges leading in and out of the municipality, in a last ditch effort to halt the blight at the city limits.

The chaos of the first week of the new school year concluded at 3:15 Friday, August 9. Wary parents collected the husks of their former progeny and asked them how their day was. When reached for comment, the afflicted children responded, “Fine.”