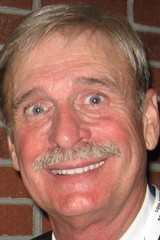 Rep. Curry Todd has introduced a bill that, if passed, would tweak current rules governing both daylight savings time and physics, to create a three-hour happy hour in Tennessee. According to Todd the new bill was designed to give Tennesseans more options, better choices, and also more things to decide between.

“Now you can drink on the cheap for one hour, or for four hours,” Todd says laughing uncontrollably. “That sounds funny: ‘For four!’ I meant to say 'three' but four would be even cooler.”

Some experts believe changes in the way Tennesseans binge drink and hook up for regrettable sex and target practice were probably inevitable considering the state's unique, time-zone spanning geography.

“It’s a tough nut to crack,” says UT Law Professor Oscar Short. “Let’s say Jane Doe gets off her job as a prison guard at the Morgan County Correctional Complex, at 5 p.m. She lives and works in a dry community so if she wants to knock back some two-for-one screwdrivers she's got to drive to Crossville, which is only a few minutes away but — Thank you, Mr. President — it’s still only 4 p.m. So she’s basically fucked.

“Obviously Jane could kill some time by going home and changing out of her prison guard uniform and into something slinkier,” Short adds. “But she’s one of those statuesque women who you hope will handcuff you so, Jesus Christ, why should she?”

Suddenly verklempt, Todd admitted that he wasn’t the least bit surprised when State Senator Ophelia Ford, a legislator from the opposite side of the political spectrum, addressed the necessity of just such a measure while talking to herself at a bus stop in Murfreesboro.

“I love her so much right now,” Todd said, weeping uncontrollably into a basket of fried cheese.

“Here’s to happier times in Tennessee,” Todd finally announced to a group of regulars who’d gathered at a Nashville Applebee’s where people keep to themselves and nobody ever asks too many questions. “Tonight, everybody gets laid!”