Fly on the Wall has documented lots of Elvis related auctions, ranging for the sublime to the ridiculous, but the King of Rock-and-Roll wasn't the only Sun Studio mega-star to indulge in a little extravagance here and there. And this Johnny Cash-related opportunity is a dream come true for a collector with deep pockets.

Cash's music was deeply American, but when it came to cars he could be a bit of an Anglophile, with a taste for the Rolls-Royce driving experience. The Man in Black's appropriately-colored 1970 Silver Shadow is now currently up for grabs. The final hammer falls at Barrett-Jackson auctions in Las Vegas later this month.

The car is a relative pup having accumulated only 32,000 miles since it was built to order by Mr. JRC whose initials are monogrammed in gold on the rear doors. 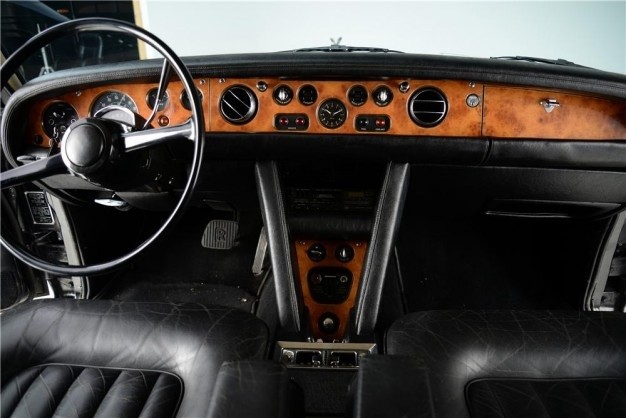