"The cause of human progress is our cause, the enfranchisement of human thought our supreme wish, the freedom of human conscience our mission, and the guarantee of equal rights to all peoples everywhere, the end of our contention." So begins the Scottish Rite creed, a set of ideas evidenced in the Masonic order's welcoming of ambitious works by nearly 50 local, national, and international artists into their grand temple at 825 Union Avenue, a building frozen in time, and already laden with symbols, murals, and decorative detail.

Curated by Jason Miller, "Circuitous Succession Epilogue" brings together a variety of artists working in mediums ranging from wood and steel to fragile ceramics and plastic Walmart grocery sacks. The artwork can also be heady, exploring a range of topics from economic disparity to corporate dominance to female exclusion. It may also be witty, as is the case with stairwell installations by sculptor Greely Myatt, and a tricky piece by multimedia artist Jay Etkin that has been used by Miller to create a kind of hide-and-seek game with visitors.

The Scottish Rite building is three stories with a dining room and a grand theater that was expanded and refurbished when it was used to film performance scenes for the Johnny Cash biopic Walk the Line. It is already outfitted with ornamental work, masonic symbols, and portraits of past members.


A closer look inside the Scottish Rite theater with Jason Miller

Miller, who curated his first exhibit in the grand, non-traditional space a year ago, is also a conceptual artist who believes that an artwork is completed by its surroundings. The Scottish Rite gives him a lot to work with. 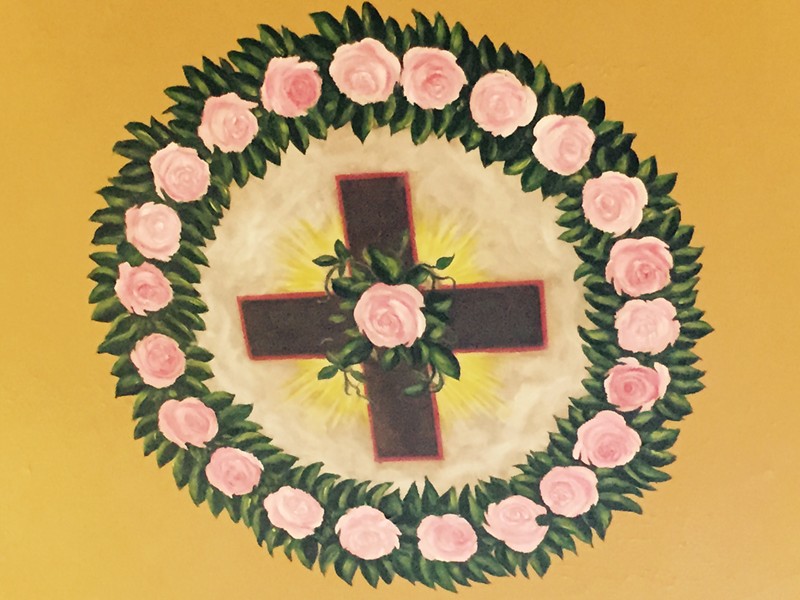 Miller can't stop talking about the depth of talent in his show and seems especially excited about four pieces created by Shara Rowley Plough. "It's called Maids Work," he says of the collection. "She wove maids' garments out of Walmart shopping bags. They are so detailed; it must have taken her a year." 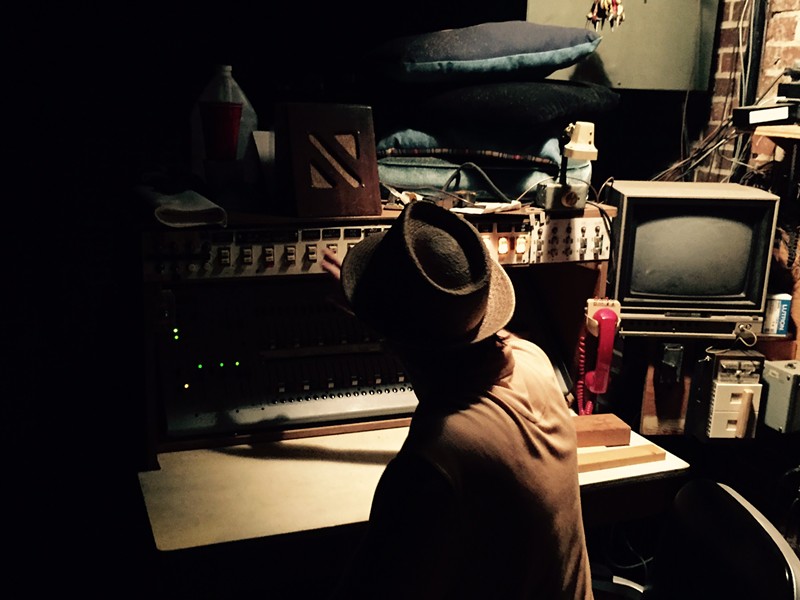 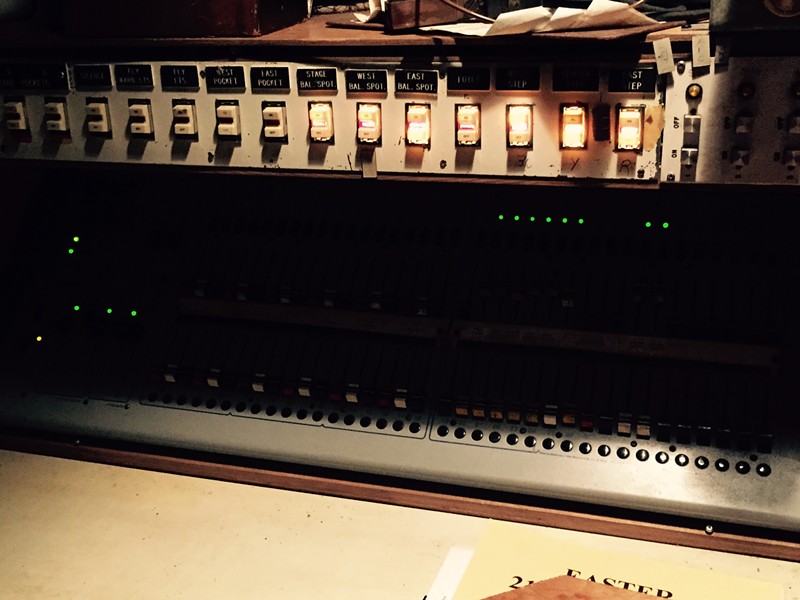 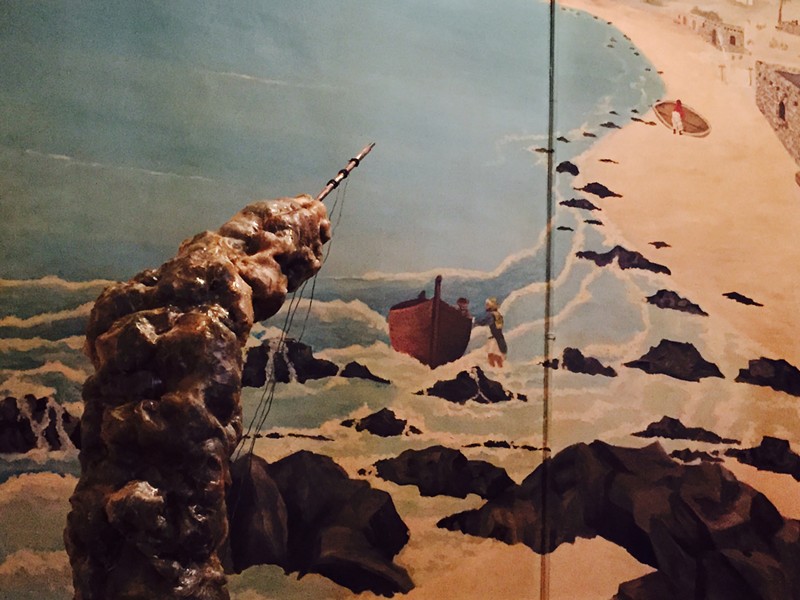 Anna Maranise's sculpture, installed in front of an allegorical Scottish Rite mural, provides one of the exhibitions best interactions between art and environment. Miller describes it as being like a "Cronenberg film." 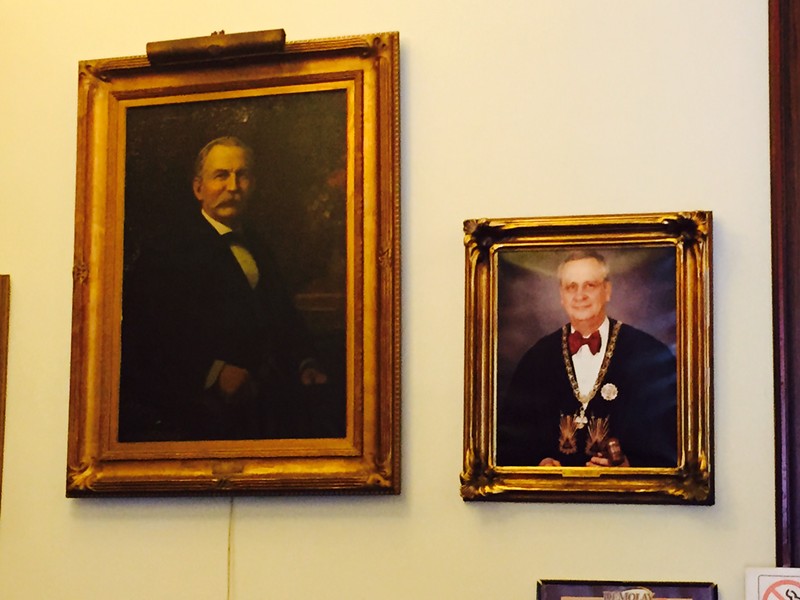 It's impossible to really capture how the above piece resonates in its space, below a Masonic ceiling mural. You really do have to see it to get it.

At times it's impossible to tell where the exhibit ends and the Temple begins. Everywhere you turn there's a William Eggleston photograph just waiting to be taken. 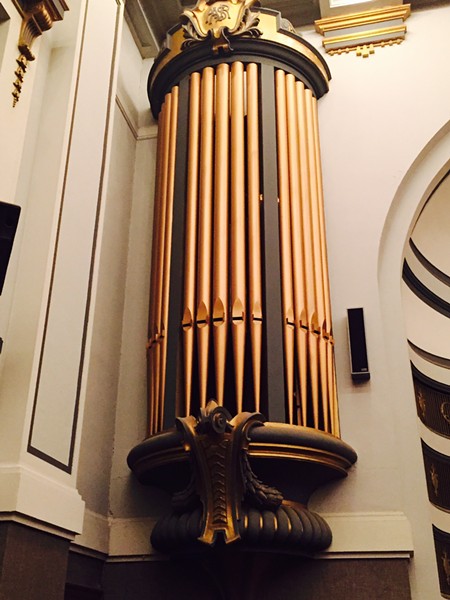 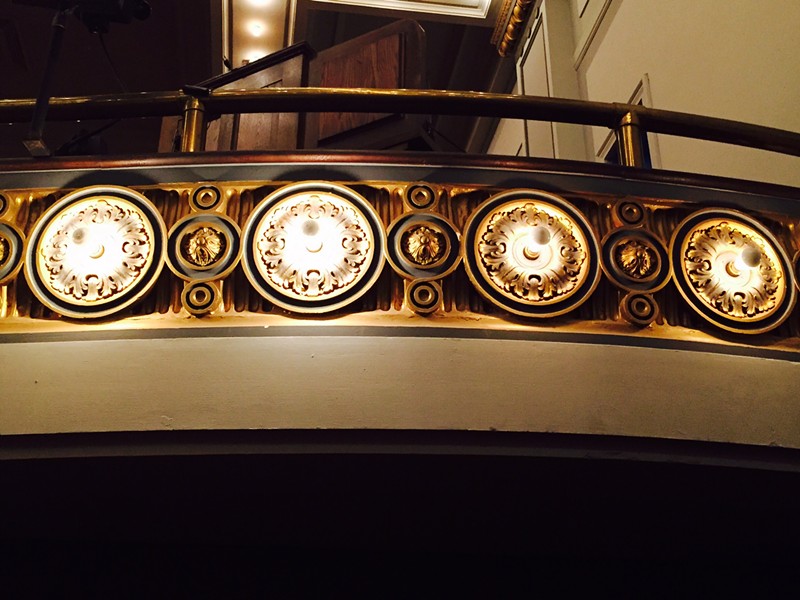 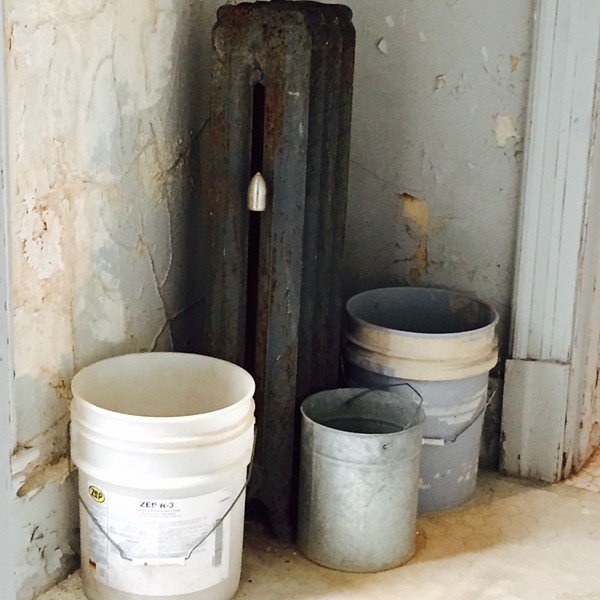 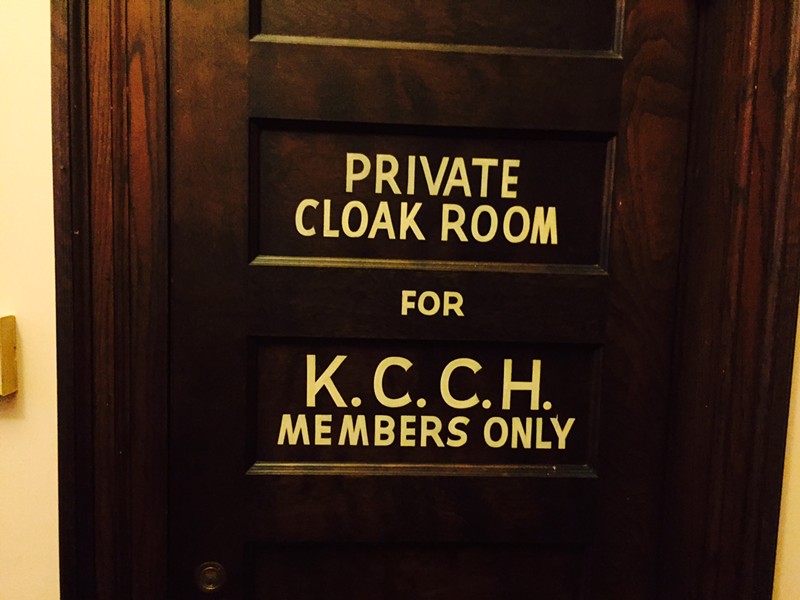 Miller can't stop talking about the depth of talent in his show and seems especially excited about four pieces created by Shara Rowley Plough not pictured in this post. "It's called Maids Work," he says of the collection. "She wove maids' garments out of Walmart shopping bags. They are so detailed; it must have taken her a year."

Circuitous Succession is an ambitious instillation in an impressive space that's majestic in some corners, and bit frayed at the elbows. The art alone is compelling enough. In the temple, it's downright irresistible.