Winning: You Can't Blame Trump for Selling the Sizzle

Okay, you totally can 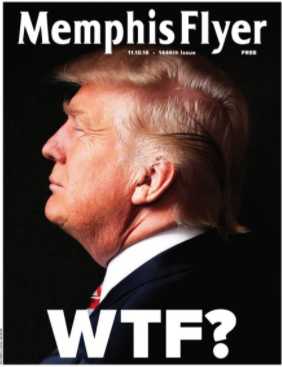 From "alternative facts" to the claque of shills and yes-persons planted to energize President Trump's rambling address to U.S. Intelligence, it seems fairly evident that years of political punditry telling Americans the country should be run like a business, paid off with a chief executive who believes every piece of it.

I confess to a bit of shock that "alternative facts," a concept recently injected into the American conversation by Trump surrogate Kellyanne Conway, shocks so many people. It's like nobody with an internet connection has ever worked in marketing or advertising.  AlternaFacts aren't some exotic Soviet-style plot. (Or, maybe it's better to say they aren't only an exotic Soviet-style plot). They're an American staple, as common as cornbread. Branding is unquestioned in business, and pervasive in government, no matter how adult and dignified. Anybody who's ever held a job marketing, even if that job was just making coffee and answering phones, can tell you, when the facts are unfavorable, it's time to roll out the new improved model. Good salespersons know language is incantatory— a witchy-sounding word for reality altering. Or, as the nonthreatening guy-in-an-ugly-sweater hired to lead trust exercises at the company retreat is more likely to put it, "Winners tell better stories."

"When I was young — and I think we're all sort of young. When I was young, we were always winning things in this country. We'd win with trade. We'd win with wars. At a certain age, I remember hearing from one of my instructors, "The United States has never lost a war." And then, after that, it's like we haven't won anything. We don't win anymore. The old expression, "to the victor belong the spoils" — you remember. I always used to say, keep the oil. I wasn't a fan of Iraq. I didn't want to go into Iraq. But I will tell you, when we were in, we got out wrong. And I always said, in addition to that, keep the oil. Now, I said it for economic reasons. But if you think about it, Mike, if we kept the oil you probably wouldn't have ISIS because that's where they made their money in the first place. So we should have kept the oil. But okay. (Laughter.) Maybe you'll have another chance. But the fact is, should have kept the oil." — President Donald Trump, Jan 21, 2017 tweet this
President Trump made clear in a murky address, winning is the goal. Not achieving or progressing. But domination in trade and war. And Memphians know — or should know — what it means when Donald Trump wins. Now, instead of taking down Holiday Inn he's coming after NATO and the EU — realigning the axis because, as the man said, "to the victor belong the spoils." Plunder to the people! Or to the right ones, anyway.

Did you hear? (Oh, of course you must have heard, the new administration babbles like Jersey Shore 2.0). Your new Chief Executive has a cropped photo of his inauguration crowd. He's hanging it where the press can observe a mighty failure to tell better stories for the Trump brand. Kinda like how they hang beautiful pictures of sandwiches in BigBox meat departments to make bologna look amazing. Similarly, he's cropping another, much bigger picture by ordering USDA research scientists and other federal agencies to cease public communication. That's called getting ahead of the message. He's also put a freeze on government hiring, and executive orders are coming hard and fast. To some — okay, to many — it looks like we've handed nuclear codes to a thin-skinned extremist who likes to sign his name but would frankly rather be watching television or feuding with Meryl Streep. Isn't it all just a big ol' editorial cartoon of business as usual (in business)? Isn't it the same crummy stuff you hate about dealing with your cable provider? With just a little extra hint of, "I can't believe Bryce prefers Van Patton's Card to mine."

Business serves brand interests and investment. Government serves people. Nothing's quite that cut and dry, but that's the general idea. When the screenplay gets flipped certain words get looked up in the dictionary. And we're not even a week into this horror movie.

Applause sizzles like a nice cut of meat on the grill. As a walking brand Trump knows instinctively what master salesman Elmer Wheeler preached to anybody and everybody who wanted to add to their bottom line — the sizzle sells shitty meat.