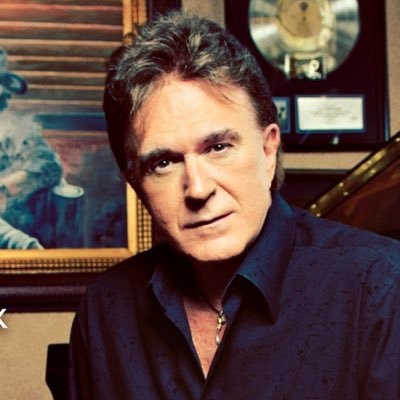 T.G. Sheppard has recorded 21 #1 hits. But he called Memphis to talk Elvis. Also, to share news that he's bringing his old friend Barry Gibb along for the ride.

Memphis Flyer: You’re coming to perform a concert during Elvis week, but also taking part in one of the discussions, correct?

T.G. Sheppard: My wife Kelly Lang and I are part of a concert at the Guest House on the 18th at 3 p.m. It is part of the new Elvis Week calendar. They have added us as one of their main events during all this week. I think that is because of my friendship for so many years with Elvis.

It may also have something to do with having 21 number-one hits of your own. Just guessing.

You are too kind. We're coming in and doing a concert. Then on the 17th, I'm part of the Conversations. I think that's the morning of the 17th. And of course I'm bringing a very very special guest, Barry Gibb* with me.

That is a special guest.

Recently elevated to the peerage.

Yeah. He was knighted about three or four weeks ago. He and his wife were coming in to spend a few days with us during Elvis Week. And he's going to do the conversations with me as my guest. He's also going to attend our concert. It's going to be kind of exciting week in Memphis.

He said he was a man short on his team. They played a little game and they called it "kill." click to tweet
Sounds like it.

When Graceland announced it, our social media outlets just went absolutely berserk. Because Barry is so International. And Elvis was International, and still is. When you mention anything about Barry, your media comes in from all over the world from every country.

When you left home for Memphis, was it to get into the music business?

Well, I was a runaway. I left home when I was 15. I hitchhiked down to Memphis. That's where I met Elvis. I was just a kid at a skating rink. Rainbow Terrace skating rink on Lamar. I was there late one night, and Elvis pulled up in a Cadillac with a couple of other cars. Got out and walked over to me. It was about midnight. He asked where I was going, I told him I was leaving because they were closing the rink right down. He said they're, “No they’re not, they’re opening it up for me.” He said he was a man short on his team. They played a little game and they called it "kill." It was actually football on skates. I went and skated with him and the Memphis Mafia for a few hours, and the friendship just kind of stuck. We became instant friends. We remained instant friends until the day he passed. As a matter of fact, when I started my career out, he gifted me with my first tour bus. That really and truly gave me the opportunity to be able to be a performer. It gave me the confidence I needed at that time in my life to go forward. If Elvis thinks enough of me to give me a tour bus, maybe I've got a shot in this business. So I worked really hard after that.

You were already working in the music world by then but behind the scenes.

I was one of the executives with RCA Victor. After I couldn't make it as a rock-and roll-star, I went into the record business and thought that I could live my dreams through the eyes of other entertainers, which I did. People like John Denver and Waylon Jennings, and so many other stars. So I was a record executive before I became a country singer.


So was it strange going from being a kid from Humboldt to being buddies with somebody every teenager in the world wanted to know?

Yes, it was absolutely amazing to me. All of a sudden Elvis is my friend? It was just, I don't know. I told my mom, when I was a young kid, I said, “Mom someday I'm going to meet Elvis and he's going to become my friend.” And she said, “Now, son, I don't think the chances of that happening are very high. You're from Humboldt, Tennessee. You don't need to get your hopes up because that's not going to happen.” So somehow I always thought that I would meet Elvis. But it never stopped shocking me when I became friends with him. I'd have to pinch myself.

And it never wore off?

No. It never wears off when you're in the presence of somebody as big as Elvis was. And one of the beautiful things about this is, all the years that I was with him, virtually living at Graceland for 7 years. I always knew I was in the presence of greatness in my business and I was in awe of that greatness. But after a year or two, the friendship settled into just a normal friendship. He was just down to Earth. He was a religious man. Loved his mom. Which we all do. Loved and adored his fans. I got the feeling, after awhile, that he was just really and truly one of us. And that's why he is who he is today because he was one of us. But one of the ones who had his dream come true.


Did you learn any career lessons? Cautionary tales?

We all have egos, okay? It's how you control your ego as to how you appear to other people. You can always appear egotistical or you can appear confident. Elvis always appeared confident, not egotistical. I've always learned to portray that my own career. To be confident and not egotistical. If your ego gets out of hand the fans who made you what you are can take it away just as quickly.

Number two, and the most important thing that I learned from Elvis, is what he told me one day. He said, “If you ever forget where you came from you will never get where you want to go.”

You’ve been generous in talking about Elvis. It would be wrong not to ask if you had any projects in the works.

I've been fortunate to have had 21 number-one hit songs. I've been able to fulfill my dreams. But I am doing a couple of things right now that I'm so excited about. I'm in the studio recording my first country solo album in over 20 years. I've done other albums. I've done a duet album with my wife Kelly Lang. I've done duets with Willie, and Jerry Lee, and Haggard, and Mickey Gilley and all those huge, huge stars. But I hadn't done a solo record in so long and I'm having an incredible time recording again. And a strange thing happened with this album that wraps into the Elvis thing. I haven’t titled it yet, and it won’t be out till next year. But there are two songs that came to me that I’m going to debut at my show at the Guest House on the 18th. The first song is called “The Day Elvis Died.” We all know where we were and what we were doing. The second song that I’m going to duet is called, “I Want to Live Like Elvis,” and every line is a hook.

Also, there’s a TV special we just filmed called “Look Who’s Coming to Dinner.” And we’ll be announcing the network and all that soon.

*Gibb has canceled his trip to Memphis. No Sir Barry this Elvis week.