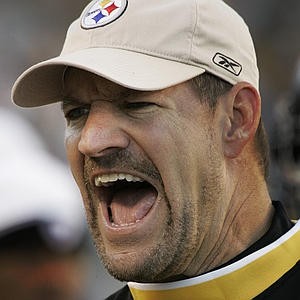 You know the names being tossed about: Pittsburgh Steelers assistant Randy Fichtner. Louisiana Tech coach Sonny Dykes. You can cross New Orleans Saints assistant Curtis Johnson off the list (he’s taking the job at Tulane). And it appears Arkansas State coach Hugh Freeze will take the challenge of winning games at Ole Miss. (And if he doesn’t leave Jonesboro for Oxford, he’s not leaving for Memphis.) Fichtner would be a safe hire, a former member of the family. Not unlike bringing Larry Porter back in some respects. You’d like to think Fichtner’s success with a model NFL franchise would translate to a Conference USA cellar dweller.

But does Randy Fichtner excite you? Does his name have you wondering when and how you’ll get to the Liberty Bowl for the opening game of the 2012 season? Will he have lines snaking outside the Hardaway Hall of Fame, football fans buying Tiger season tickets as stocking-stuffers this holiday season?

I’ve got some free advice for Eastman & Beaudine, the search firm leading this chase (and I’m charging from this point on): Call Bill Cowher. Yeah, the guy with the Hollywood jaw and a Super Bowl ring seen these days in the CBS studio, picking apart Sunday highlights. Lunacy, you say? Bill Cowher to the University of Memphis? Kinda like asking Jerry West to leave Los Angeles and rescue the Memphis Grizzlies. Cowher has long been a college coach in NFL clothing. Who knows?

Let’s say Cowher answers the call from E & B and says nothing more than “no.” National headlines would have to report: “Cowher Contacted About Vacant Memphis Job.” And just like that, the conversation about Memphis football changes. Then you call Jeff Fisher.

Is this over-reaching? Maybe (probably). But why has this latest coaching transition at the U of M been reduced to finding the best available NFL assistant or second-tier head coach? Why can’t the Tiger program start by aiming high ... at least to establish a new baseline? Why does Memphis have to play the bookworm scanning only the girls with no chance at a prom date? That cheerleader at the top of the pyramid, with the freckles and knee-weakening dimples? Ask her!

• I hope Alabama beats LSU by a field goal in the BCS Championship Game and Oklahoma State puts up 50 and beats Stanford by halftime in the Fiesta Bowl. College football’s silly season is upon us, and the NCAA powers-that-be — those in charge of the BCS “series” and the 30 other bowl games — have exactly what they deserve. I firmly believe the two best teams will be playing each other for the crystal football, but the belief stands on a hypothetical: that Alabama would whip Oklahoma State. Which means, after all is said and done, college football’s national champion will be crowned on a hypothetical.

• I’m not sure LSU would beat the Indianapolis Colts. (In an informal survey among media types at Saturday’s U of M basketball game, opinions were 50-50.) But I am sure that the LSU secondary — led by Tyrann Mathieu and Maurice Claiborne — is better than many in the NFL. I watched the Dallas-Arizona game Sunday, and would be comfortable replacing the Cowboys’ cornerbacks (Mike Jenkins and Terence Newman) with the LSU pair ... right now. The only way any team beats this LSU force is by running the ball, which is precisely why Trent Richardson and Alabama (and not Oklahoma State) should get one final chance.