The Shameless Cynicism of the NFL's Preseason Games 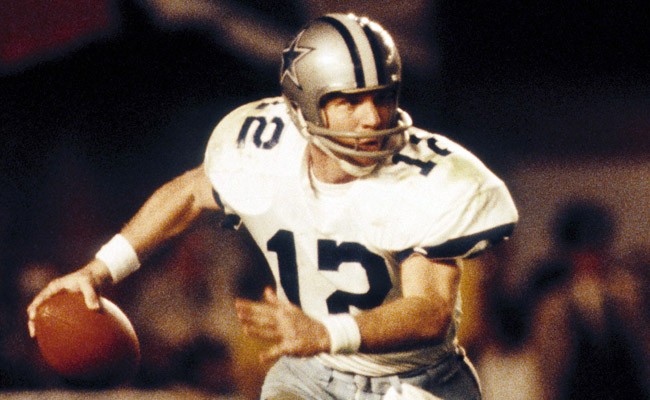 I was a 10-year-old Dallas Cowboys fan on August 18, 1979, enjoying a late-summer weekend at my grandparents’ home in Cleveland, Tennessee. My heroes were Roger Staubach and Tony Dorsett, and I spent much of this sweltering Saturday looking forward to the prime-time telecast of a preseason game between the Houston Oilers (featuring second-year sensation Earl Campbell) and the Cowboys at Texas Stadium. With no bedtime — summer, Saturday, grandparents’ house ... trifecta — I’d be able to watch the entire game and relish my favorite players’ exploits as they prepared for a return to the Super Bowl.

Midway through the second quarter Staubach and Dorsett disappeared to the sideline. For the rest of the game. I would later come to appreciate Danny White — the punter who replaced Staubach at quarterback, on this night and the next season — but not on August 18, 1979. I turned the game off at halftime, and haven’t watched a preseason NFL game since.

The NFL is a brand unlike any other in America, and this isn’t exclusive to the world of sports. In what other enterprise would paying customers line up to experience an imitation of the actual product? Theatergoers would be appalled if an understudy replaced Bryan Cranston as Lyndon Johnson in All the Way on Broadway. How are the appetites of NFL fans filled by watching players they don’t know wear uniforms they won’t be wearing a month later?

If you browse Stub Hub for tickets to the Tennessee Titans-Minnesota Vikings preseason game in Nashville on August 28th, you’ll find a seat as low as $8.00 ... or you can pay more than $500 for a premium spot at LP Field to watch a game that doesn’t count. A game played by men risking serious injury for a job they are not likely to occupy two weeks later. I find this abominable.

Brain injury has become an openly discussed topic (finally!) in football circles at every level of the sport. Yet the NFL has its 32 teams play at least four games every August, stacking up millions of dollars before they even introduce their own Bryan Cranstons to fans. Worse, the NFL charges the same ticket prices they would for a Packers-Bears game in November. It’s stealing, and it needs to end.

The first step toward a solution is limiting preseason games to two weeks. An NFL roster can be built through training camp without a contest between men in different uniforms. College programs do it. Heck, high school programs do it. The next step: charge no one more than $10 to enter a preseason game. And not more than $5 for anyone under the age of 12. Back in 1979, I would have paid $5 of my allowance savings (and my mom or dad would have paid $10) to see Roger Staubach take the field in an NFL stadium. Even for just one quarter. I would not have paid a dime more, though. And I would have left with my dad in the second quarter for an ice-cream shop, letting the mysterious men in the silver helmets enjoy their scrimmage.

• Add “college basketball in August” to the list of enterprises more legitimate than preseason NFL games. Those of us unable to make the jaunt to Ottawa will have a hard time measuring the strengths and weaknesses of the 2014-15 Memphis Tigers, but that’s beside the point. For a team that will start its season with zero experience in the backcourt, the four-game exhibition series north of the border is a perfectly timed litmus test for coach Josh Pastner and his staff. On a team that will count sophomore forward Austin Nichols as a seasoned veteran, any game against a team in another uniform — even if that team is called the Gee-Gees — is an important step in its on-court maturation process. I dare say the exhibition series is a savvy veteran move by the 36-year-old Pastner.